Town submerged in ‘worst flooding for a number of years’

Drone footage shows many parts of Dumfries underwater after the River Nith burst its banks. 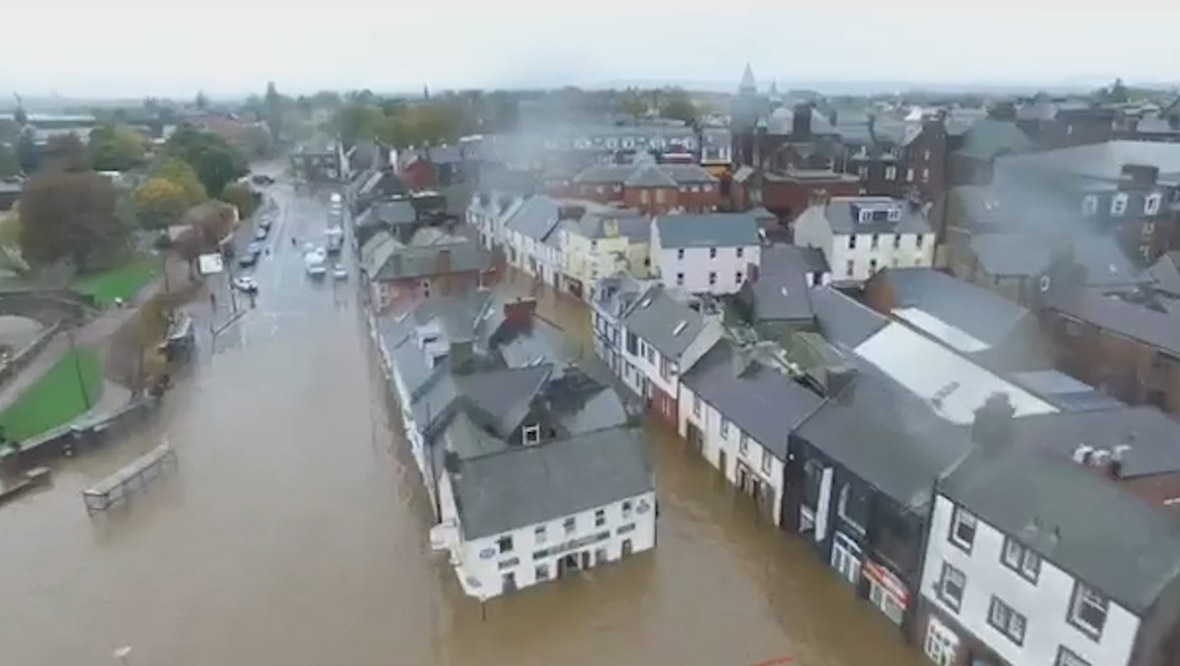 Dumfries and Galloway has seen some of its “worst flooding for a number of years” after the River Nith burst its banks.

Dramatic drone footage shows the scale of flooding in the town of Dumfries after southern Scotland was hit by heavy rainfall.

The local authority said it issued more than 1400 sandbags across the region and teams are working overnight to fill more for Friday.

Dumfries and Galloway Local Resilience Partnership said it has been responding to adverse weather across the region for the last 24 hours.

Chief inspector Stuart Davidson, Police Scotland, said “This has been a monumental effort from everyone involved, as we’ve seen some of the worst flooding in our region for a number of years.

“The picture continued to change rapidly throughout the day, but all partners were able to make decisions and mobilise their efforts to make sure that we provided support where it was needed and kept individuals safe.”

Trains have been suspended between Dumfries and Carlisle and the line will remain closed until further notice.

Network Rail said two bridges have been washed away on the river Annan, north of the railway, adding that trains are unable to pass over the Annan Viaduct until there has been a daylight safety inspection.

Traffic Scotland said earlier it had reports of flooding on the M74/A74(M) around Abington in South Lanarkshire and on the A75 near Barlae in Dumfries and Galloway.

Davidson added: “I’d like to thank the public for their continued co-operation in following the warnings and travelling with care on our roads.

“In addition, members of the public shared images and intelligence on over 80 different local incidents in the region today. This information could then be shared via DG Vost to keep everyone informed of local incidents.

“Although the rain has stopped, great care has to be taken by everyone travelling in the region this evening. There is standing water on the majority of our roads and some will remain closed overnight.”

A major incident was also declared in Hawick amid warnings that persistent heavy rainfall could “result in significant damage to properties” in the Scottish Borders town.

The local authority said the situation affecting the River Tweed and the River Teviot is “worsening rapidly”.