Yellow weather warning for thunderstorms in place for many parts of the country until 11pm on Monday night. 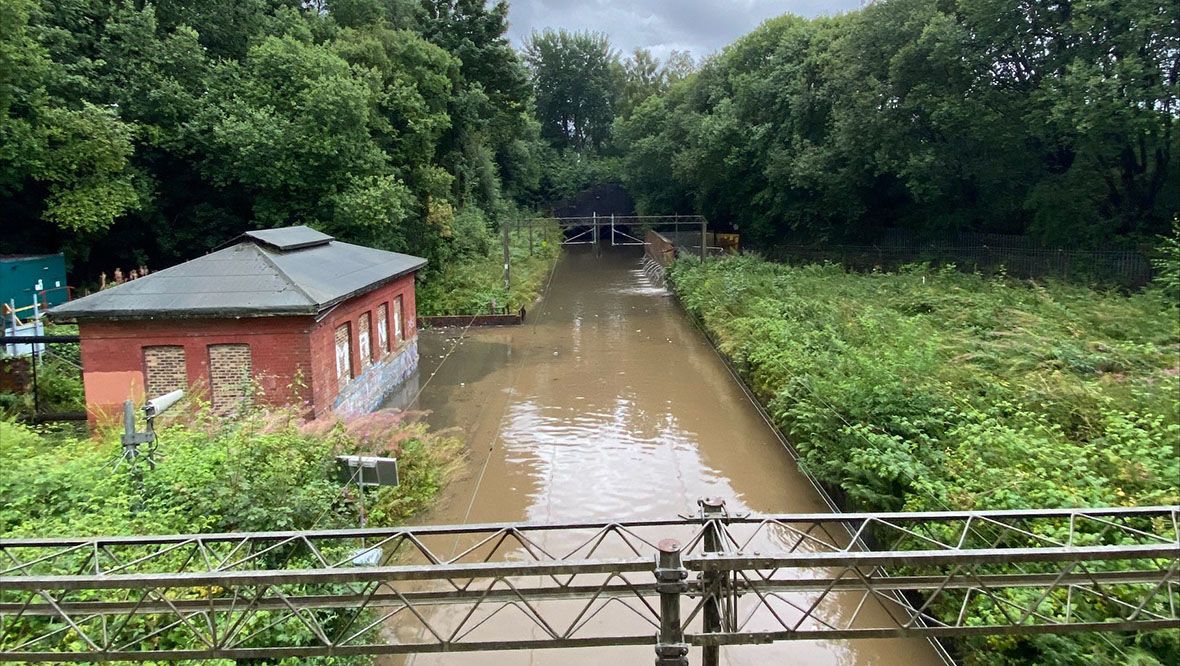 Thundery downpours are causing travel disruption across parts of Scotland.

Some parts of the country could see 15-30mm of rainfall in a short space of time or perhaps with 50-70mm over several hours, according to the Met Office.

Network Rail Scotland said the railway line between Dalmuir and Hyndland via Yoker is closed due to flooding.

Services from Motherwell, Whifflet and Larkhall to Dalmuir services will terminate at Garscadden, while the Helensburgh to Edinburgh service will be diverted via Singer.

ScotRail said there was flooding between Hillfoot and Bearsden in East Dunbartonshire, with services unable to operate to/from Milngavie.

Driving was also treacherous with some roads across the central belt completely submerged in water.

The Met Office said thunderstorms had brought torrential rain and lightning to the north and northeast of the Glasgow area in Scotland on Monday afternoon.

Thundery showers also brought torrential rain to Edinburgh and parts of the Lothians.

Hospitality venues struggled to cope with the elements, with staff at Eusebi in Glasgow’s west end frantically trying to keep floodwater at bay.

A TK Maxx store in Glasgow was forced to evacuate customers after heavy rain led to a ceiling collapse in store.

Water could be seen cascading from the ceiling as staff escorted shoppers out of the building.

The Gannet restaurant in Finnieston had to shut its doors and cancel bookings after a torrential downpour at the weekend.