Aberdeen, Aberdeenshire and East Lothian are due to change tier at 6pm. 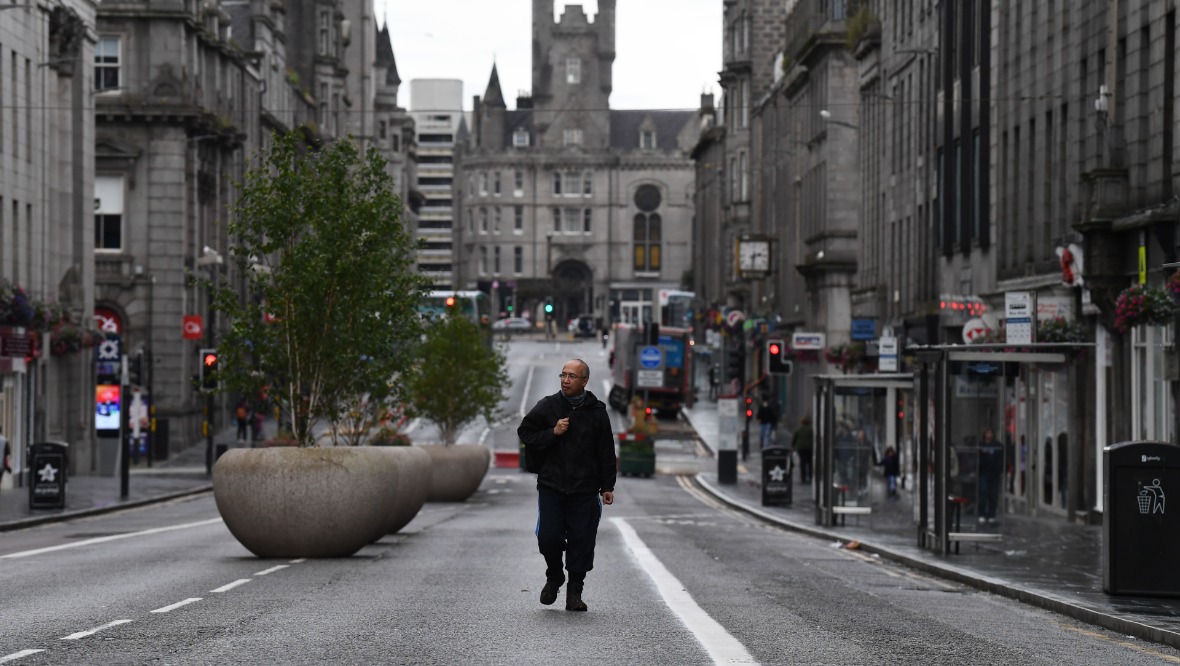 Three council areas will move to level three of the five-tier Covid alert system at 6pm on Friday.

Aberdeen, Aberdeenshire and East Lothian have been under level two restrictions but are due to change tier later because of a rise in the prevalence of the virus.

Pubs and restaurants can open in level three but, unlike in level two where alcohol can be served with a main meal, serving of alcohol is not allowed. They will also be subjected to a curfew of 6pm.

The tightening of restrictions means residents will no longer be allowed to travel outside of their own council area unless they have a reasonable excuse.

The changes were revealed by the First Minister in the latest review in the Scottish Parliament on Tuesday.

All other areas remain unchanged in their levels. However, there will be a review of the protection levels again on Tuesday to allow for action to be taken if there are further changes in infection data.

Nicola Sturgeon said: “Broadly speaking, we think the levels approach has worked well. But we know the winter will put it under greater pressure.

“Over the next three weeks, we will use the experience of the levels system to date to consider whether the specific restrictions in each level require amendment in any way.

“And we also know – and indeed see this in some of the data I have reported – that case numbers are rising in some areas despite level three restrictions having been in place for some weeks. The time is right to review this and I will report the outcome of that to parliament after recess.”

Argyll and Bute will remain in level two, however households in the outer Argyll islands will experience some easing of restrictions.

This will include the application of rules that apply in some other islands, allowing up to six people from two households to meet within a home.