The death of a 40-foot Sei whale off the coast of Edinburgh last year has sparked a renewed investigation into the deaths of thousands washing up on British shores. 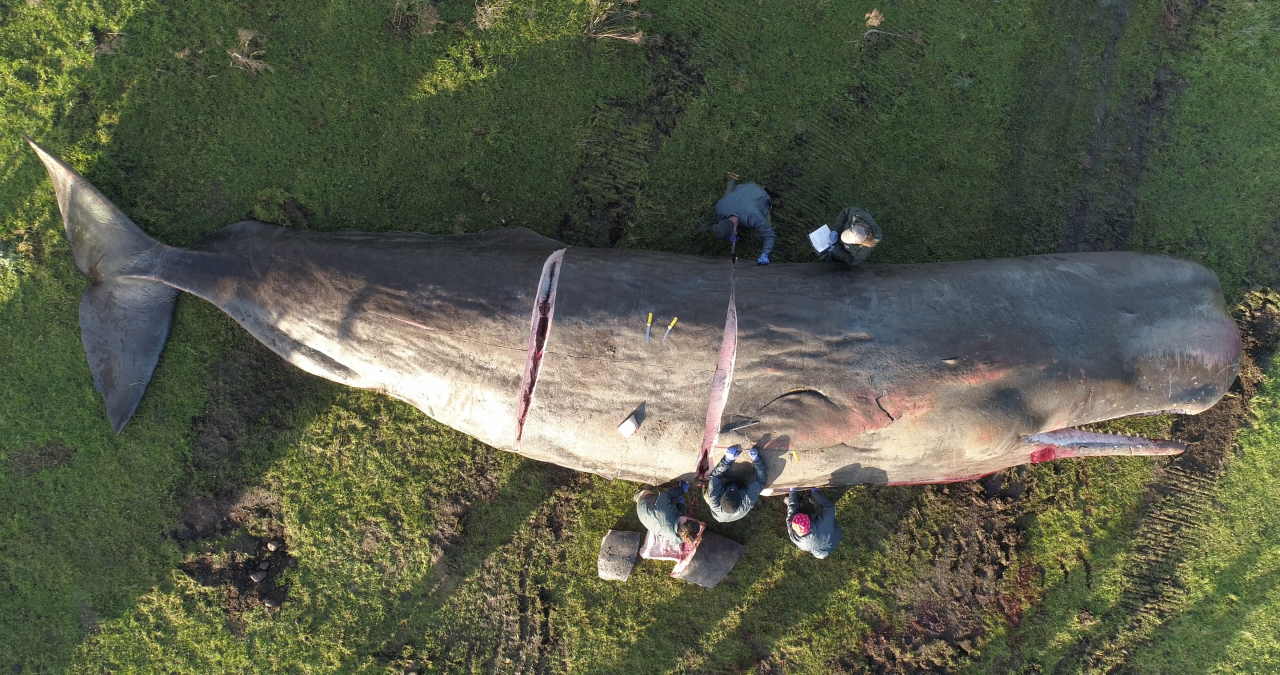 A record number of whales are becoming stranded on British shorelines amid the climate emergency, according to a new documentary.

More than 12,000 cetaceans have been beached since 1990, with environmental organisations desperately attempting to uncover whether there is any link between the strandings and a rise in human activity.

‘What Killed the Whale?’ will follow evolutionary biologist Ella Al-Shamahi and research teams across the country as they take an “unflinching” look at the hidden victims of the escalating crisis through autopsies of the “environmental crime scenes” which have led to the deaths of thousands of the marine giants.

The Channel 4 documentary, produced by STV Studios, will also explore whether pollution, fishing, ship strikes and other human activities are responsible.

Al-Shamahi said: “We’ve always had whales beaching on our shores, we know this, but not like this.

“It’s never been like this and essentially we wanted to investigate what was going on, so we’re following these incredible investigators up and down the country basically doing these necropsies, which are animal autopsies, and trying to work out why these animals are dying.

“It’s just the most incredible sight to see these whales beach and to see what happens and we just thought we absolutely have to put this on camera and because it’s just happening more and more, it’s so important that people see this.”

The programme will centre on the stranding and death of a 40-foot sei whale in Edinburgh’s North Queensferry in November last year.

The mammal almost became beached on two occasions before being discovered washed up further along the coast hours later.

Filmmakers worked with the Scottish Marine Animal Strandings Scheme (SMASS) on the documentary, which will also shine a light on “pioneering” solutions that could help save the creatures.

Jonah Weston, science commissioning editor for Channel 4 said: “Whale strandings are on the rise and alarmingly frequent all around the UK coast.

“This unique TV event sets out to find out what’s really going on and just what we can do about it. With the seas around Britain and the world under pressure like never before, it’s a pressing question with huge consequences for the planet’s last true wilderness and the incredible creatures who call it home.”

Craig Hunter, creative director of factual for STV Studios, added: “There has never been a more critical time to take a temperature check on the health of our oceans and we will be face-to-face with the incredible whales who are the tragic victims of our climate emergency.”

‘What Killed the Whale?’ airs on Channel 4 at 9pm on Sunday, June 12 and will be available on All 4 thereafter.