'Those who choose to keep wearing masks should be supported' - Bauld

The legal requirement to wear a face mask will be lifted on Monday. 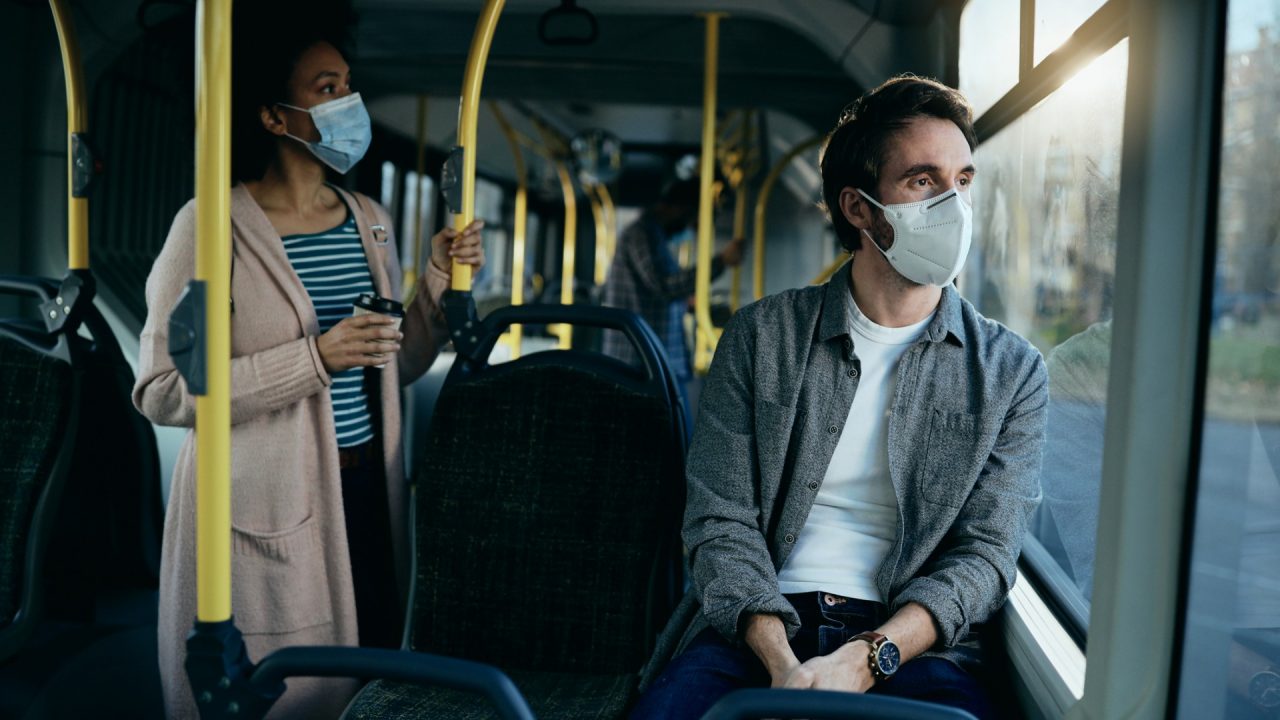 People who choose to continue to wear a mask in Scotland, despite the legal requirement being dropped, should not be stigmatised, according to a public health expert.

On Monday, Scots will no longer be required by law to wear a face covering in most indoor public spaces and on public transport.

The requirement will become guidance, with people still being strongly encouraged to wear a mask in relevant settings.

However, there have been questions over the effectiveness of the measure, with the requirement having been dropped in England earlier this year.

Speaking to STV News, Professor Linda Bauld said that those who choose to keep wearing a face covering should be supported in doing so.

However, Bauld acknowledged that Monday is the “right time” to lift the legal requirement on masks.

“That R number that we used to talk about is below one, it’s about 0.8 to one now and the growth rate is lower than one,” she said.

“So I think it’s reasonable to say we were never going to always have legal restrictions, we would lift them all at some point and this is the time.”

Despite the lifting of the legal requirement, Professor Bauld insisted that people who do choose to continue wearing a face covering should not be stigmatised.

“I think masks do make a difference if they’re worn properly and I think they will protect older and more vulnerable groups, but they’re not the only measure” Bauld continued.

“And I think it’s difficult to point to a single intervention and say, ‘okay, that’s causing differences between Scotland and England’, it’s much more complex than that.

“I think what I would say for individuals who are worried and if you look at the behavioural surveys, there are still a significant portion of people who are concerned, is that masks don’t only protect other people, they protect you to a certain degree,” she told STV News.

“So people who choose to continue to wear them, even when it’s not legal, a legal requirement, should be supported to do so. We shouldn’t stigmatise that.”