40 Days of life have protests planned across Scotland over the next 40 days. 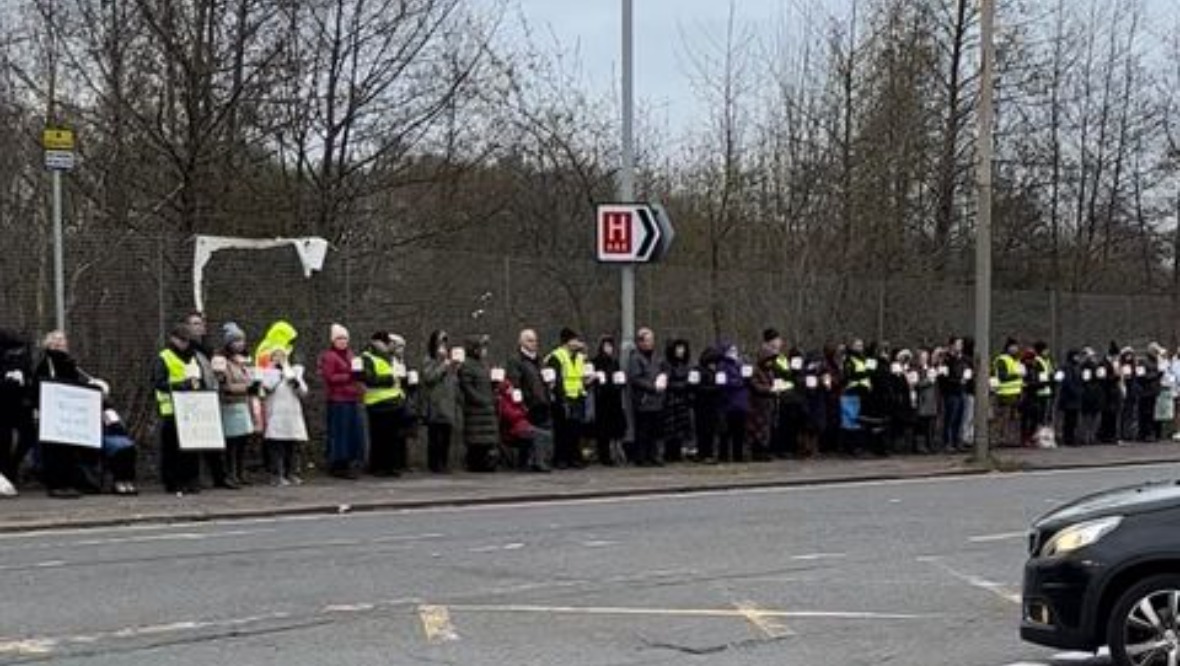 A Texas-based anti-abortion group have started 40-days of “intimidating” protests outside Scottish hospitals.

40 Days of Life, a group dedicated to ending abortion access, have increased their presence outside health facilities in Scotland with a 40-day long demonstration of “vigils”.

It is believed the group will target healthcare facilities in Edinburgh, Glasgow, Aberdeen, Dundee and Falkirk.

The protests also coincide with International Safe Abortion Day which aims to protect and defend access to safe abortion healthcare.

The group, founded in Bryan in the US state of Texas, have previously said they will consider legal action if the Scottish Government introduce safety “buffer zones” around health clinics.

Campaigners say the presence of the group, who often hold images of abortion procedures on signs, is intimidating to patients accessing healthcare.

The Scottish Government have supported the development of a private member’s bill from Scottish Green MSP Gillian Mackay which calls for 150-metre “buffer zones” around health facilities to protect patients from protesters.

The bill has also achieved the backing of the British Medical Association and the Royal College of GPs with over 12,000 people having filled in the consultation about the bill.

Supporters of the bill include NHS consultant Dr Greg Irwin from Glasgow’s Children’s Hospital, who attended the Labour Party conference in Liverpool this week as a delegate for the party’s East Renfrewshire group.

In a speech to conference he said: “For the last five years to my disbelief there have been protesters outside my hospital bullying women attending for abortion healthcare. I would like to emphasise that abortion is healthcare. This is targeted gendered harassment and it is persistent and spiteful misogyny.”

However, anti-abortion protesters say the proposed legislation would have an impact on freedom of speech with American CEO Shawn Carney previously stating that the group would back legal action against the bill.

Back Off Scotland, a campaign group calling for the introduction of buffer zones, say they hope the support of the Scottish Government may mean these new 40-day long demonstrations are the last of their kind in Scotland.

Co-founder Alice Murray experienced harassment outside a clinic when she accessed an abortion in 2019.

She said the idea that many may feel intimidated about accessing healthcare due to the presence of protesters made her feel “sick”.

She told STV News: “It’s frustrating that ‘40 days for life’ will start their next round of 40-day anti-choice protests and I’m sure it will be upsetting for many people to see.

“We are really hopeful that with the support from the Scottish Government, this may be the last 40 days for life protest we see outside a clinic in Scotland. Legislation understandably takes time and until buffer zones are in place, we understand that there is little that police or councils can do right now. The next 40 days will likely highlight exactly why we need buffer zones in Scotland.”

She added: “As someone who has experienced anti- choice harassment first hand, I know how scary it can be to enter a clinic and it makes me feel sick that there are many people who may not receive essential health care this month due to the actions of one group.

“This is an opportunity for members of the public to raise awareness of this issue by writing to their MSPs and engaging with our online campaign to make sure we have full support from those who will vote on the bill.”

Scottish Green’s health spokesperson Ms Mackay said: “These protests are an appalling attempt to scare people out of accessing the healthcare they are entitled to. It will be 40 days of intimidation, and it has no place in a modern and progressive Scotland. The Bill that I am introducing will stop these protests for good.

“It is shameful that they have chosen to launch this latest campaign of harassment on International Safe Abortion Day, a day which exists to promote safe and legal access to reproductive health.

“Some of the campaigners we have seen have used graphic banners and loudspeakers. The service users and staff I have spoken to have told me about the terrible impact that these protests have had on them and others.

“There is still vital work that must be done in Scotland and around the world to ensure that people can access safe abortions.

“When it comes to human rights, we can’t stand still. As the appalling decision to rollback reproductive rights in the US shows, our progress can be fragile. That is why we must do everything we can to protect and advance it.”

In response to the demonstrations, a Scottish Government spokesperson said: “Women should be able to access timely abortion care without the fear of harassment or intimidation and we are committed to national legislation, agreeing to support Gillian Mackay MSP with the development and drafting on her Member’s Bill on Safe Access Zones.

“People have a right to protest in a democracy, however, no one has the right to intimidate or impede women’s right to access healthcare. The Scottish Government believes protests should be held in a more appropriate place, such as outside parliament.”

A spokesperson for 40 Days of Life told STV News: “The killing of innocent human lives through abortion is the greatest injustice of our time.

“We are a visible sign that abortion is not the only option. We are able to connect women with help and support with their pregnancy and also help with post-abortion trauma.”