Dozens of glamorous women appeared on the tinnies over the decades. 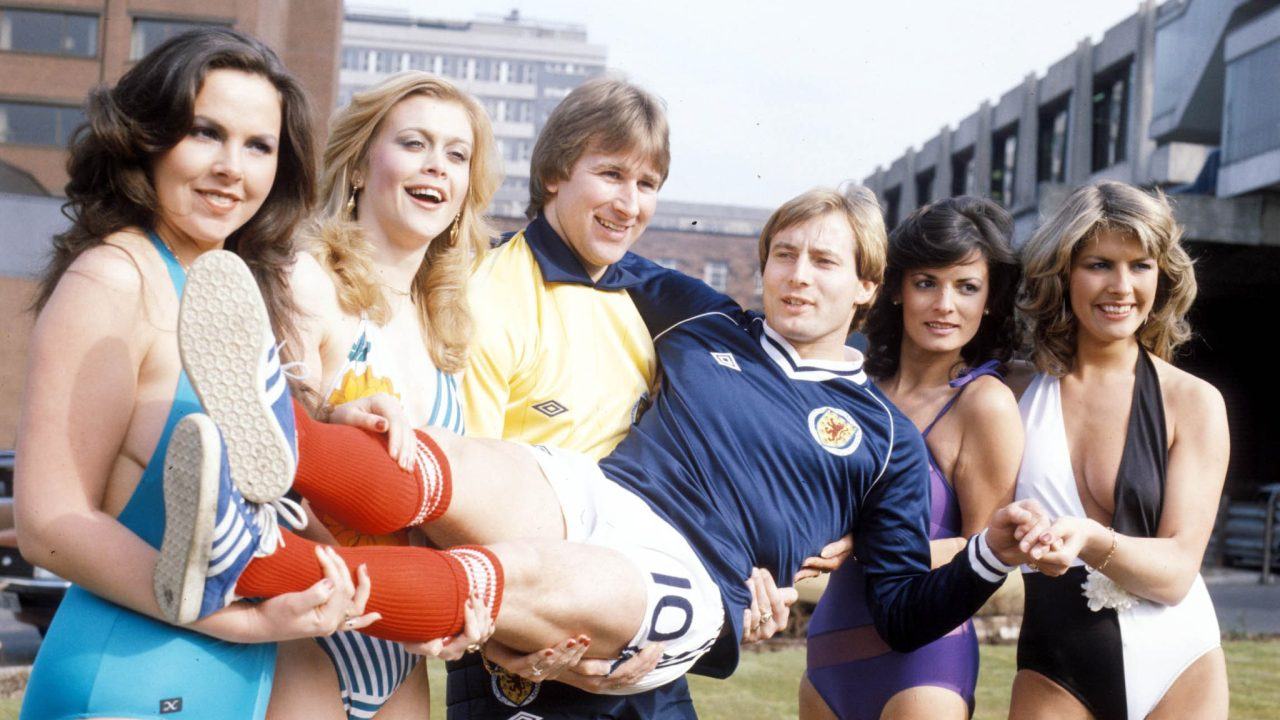 It began with Ann – a woman posing beside a fountain on the side of a drinks can in 1962.

By the end of the decade, the ‘Tennent’s Lager Lovelies’ grew to become one of Scotland’s most famous ad campaigns – with the iconic ‘tinnies’ featuring scantily-clad women eventually worth thousands of pounds.

Between 1965 and 1991, beauty pageant queens, professional models and ‘girls-next-door’ were splashed on cans across the country and beyond.

Dozens of women appeared on the labels over the decades and were seen as celebrities at the height of their fame.

Unsurprisingly, using sex appeal to sell beer was a marketing goldmine during an age of massive gender inequality.

Venetia Stevenson, whose death aged 84 was announced on Tuesday, was one of the first women to appear on a beer can.

She became the face of Sweetheart Stout in 1958, inspiring the Lovelies, with Tennent’s acquiring the brand through a merger with Caledonian Breweries in the 1960s.

City of Glasgow College lecturer Dr Thora Hands, who published research into alcohol marketing, remembers the cans from the 1970s and 1980s.

“It was a part of working-class drinking culture,” she says. “They were always brought out at key family celebrations at Hogmanay and Christmas.”

The first Tennent’s cans were of a wholesome design, depicting romantic Scottish landscapes and English landmarks to strengthen the brand’s homegrown image.

But the appearance of model Ann Johansen beside the fountain in Trafalgar Square on cans in 1962 saw the drinks giant flooded with fan mail from overseas-based servicemen.

One keen collector interviewed by the Sunday Mail newspaper even described this rare tinnie as the “Ming vase of Tennent’s Lager Lovelies”.

Tennent’s signed Ann up for more photoshoots and she became the mascot for the brand between 1965 and 1969.

With the armed forces accounting for a large portion of Tennent’s drinkers, Ann featured in more risqué, sexually suggestive poses on cans being sold abroad.

There was another attempt to expand its market. Tennent’s unveiled its 1965 Housewives’ Choice campaign after the relaxation of off-licence laws saw a boost in at-home drinking in Scotland.

“Women were responsible for the weekly shopping so it was designed to appeal to them,” Dr Hands recalls. “It even featured recipes including beer on the can.”

When Ann retired from modelling in 1969, Tennent’s decided to instead feature a range of models on its famous cans, who became known as the Lager Lovelies.

For the models involved, bagging a Tennent’s deal was the golden ticket.

They were signed up on three-year contracts, which included photoshoots, promotional work and football events.

It was the highest paid job in the industry, with women jetting off to luxury holiday spots such as the Bahamas for shoots and being paid up to £600 a day.

There would be 12 different series of Lovelies on the cans until the campaign ended in 1991.

Dr Hands says all the models she interviewed remembered working for Tennent’s in a positive light and said it helped give them financial security.

But the cans were criticised heavily through the years, with feminist campaigners accusing the firm of sexually objectifying and exploiting women.

As the years went on, Tennent’s tried-and-tested marketing tactic was fast approaching its sell-by date.

Research blamed stagnating sales of Tennent’s on the campaign being deemed old-fashioned.

Dr Hands says: “By the late 1980s, they weren’t quite shown in the same way, they were less semi-nude glamour models and more fashion models.

In 1990, marketing director Mark Hunter was brought in and carried out research, finding that while 85% felt indifferent about the campaign, 15% of men said keep the cans – but that the models should appear topless.

Bosses conceded it was time for a change – and the last cans featuring the Lovelies went into production in 1991.

In 1997, Tennent’s joined forces with leading creative firm the Leith Agency to bring its brand into the modern age.

Tongue-in-cheek ‘battle of the sexes’ adverts featuring characters ‘The Feminist’ and ‘The Chauvinist’ hit TV screens and billboards in a bid to broaden its appeal with younger audiences.

Dr Hands believes the can campaign was problematic in perpetuating sexist stereotypes, though she stresses that the models she spoke to shared with her fond memories of a bygone era of advertising.

She said: “The campaign helped reinforce sexual objectification that proliferated at the time – Benny Hill, Miss World, naked women in media and advertising. Putting those images on cans contributed to everyday sexism in the 1970s and 1980s.

“But from the models perspective, taking part was a positive experience for them and they say it helped their careers.”