There are calls for the self-isolation period requirement to be reduced to seven days. 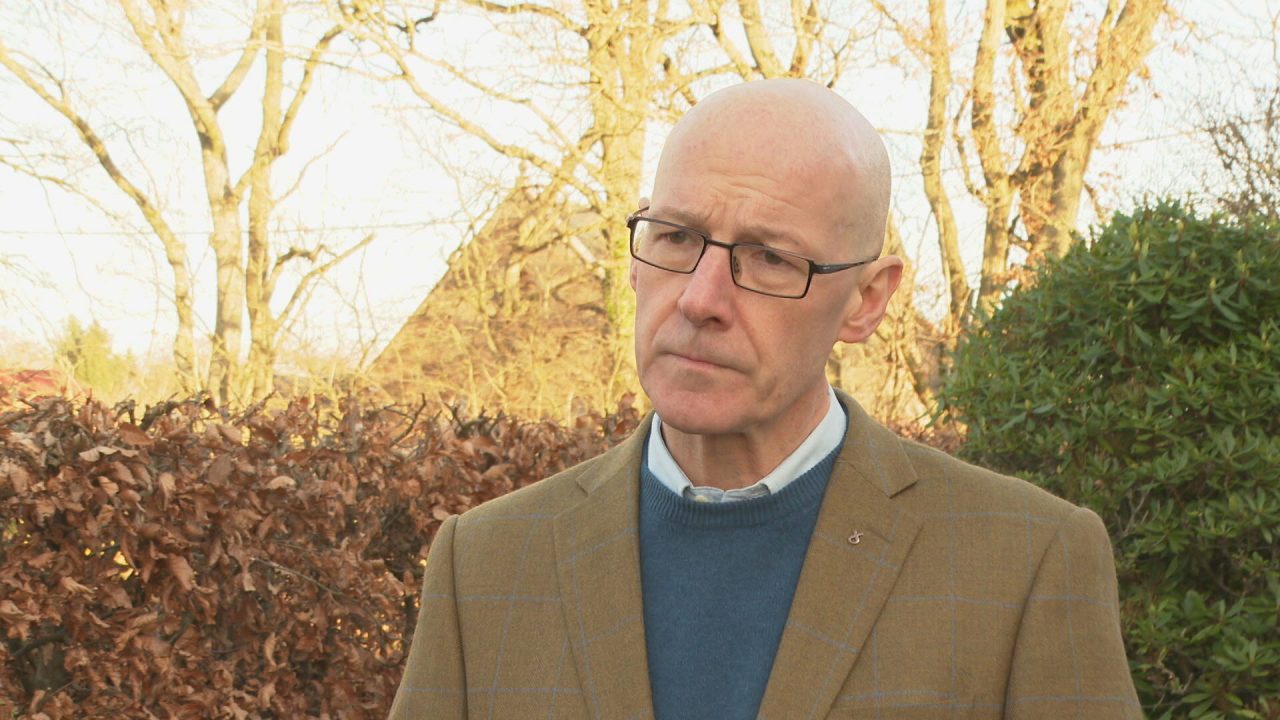 John Swinney has acknowledged the ten-day isolation period puts a “greater strain” on public services, amidst calls for it to be shortened.

The deputy first minister said if those constraints can be reduced, then the Scottish Government will take such a decision if they are confident it is the right approach.

However, Swinney cautioned that business interests will not be served if people are allowed to go back to work when they are not free of coronavirus.

It comes as ScotRail announced a reduced timetable for January due to the high number of its staff absent due to testing positive for the virus and isolation requirements.

In England, people are able to end their self-isolation after seven days if they test negative for the virus on day six and day seven of their isolation.

There are call for the self-isolation requirement to be reduced further in England to a period of five days.

Swinney insisted that the Scottish Government has to act in the interests of public health “at all times”.

“Quite clearly the ten-day isolation period puts greater strain in the short-term on individual public services and private companies,” he told STV News.

“But we have to think about what’s the long-term implications of all of this because if we release people back into the labour market and they are not free of Covid, then we serve nobody’s business interest, we serve no public services because it just allows for the re-circulation of the virus.

“If we can reduce those constraints, based on evidence, then the Government will take those decisions if we’re confident in those approaches.

Scottish Conservative Leader Douglas Ross accused First Minister Nicola Sturgeon of “dithering and delaying” a decision over whether to cut the self-isolation time to seven days.

And he urged the SNP leader to confirm a reduction in the required time in her Covid-19 update at Holyrood on Wednesday.

“Scotland has the strictest self-isolation rules anywhere in the United Kingdom,” said Ross.

“We understand the need for caution, but Nicola Sturgeon’s dithering and delaying is continuing to have a major impact on frontline services and the wider economy, due to the sheer numbers having to isolate.

“She must finally confirm in her latest update that the period of isolation will be cut to seven days, for those who have tested negative twice.

“Her indecision, coupled with new restrictions, has harmed many businesses at what should have been their busiest time of the year.

“We’ve been calling for weeks for these changes to self-isolation rules to be done safely and since then we’ve seen more evidence that the Omicron variant is proving to be less severe in terms of the impact it is having on those who get the virus.”

Ross said that the approach being taken by the First Minister is “unsustainable”.

He continued: “Nicola Sturgeon must listen to the warnings from many crucial sectors and finally implement a cut in the length of time people have to isolate for.

“We’ve seen Wales and Northern Ireland now do this, so people have rightly been asking why has the First Minister continued to wait to do likewise in Scotland?

“Her current approach is unsustainable and tomorrow’s update must finally bring in the necessary changes to protect essential services.”

Scottish Labour’s health and Covid recovery spokesperson Jackie Baillie also called for clarity over whether a change would be made to the self-isolation period in Sturgeon’s statement to MSPs.

“Cases have risen dramatically in the last week, but thankfully so far the rate of new hospitalisations and people with Omicron in ICU remains low,” said Baillie.

“But despite this positive news, the picture for our public services and businesses remains bleak.

“The number of staff absences from the NHS and social care is very high and this is having more of an impact on services.

“The SNP must use this update to confirm whether they will change self-isolation requirements in line with the latest evidence, to stop staff absences piling yet more pressure on businesses and services this winter.