The nationalised operator has cut a third of rail journeys due to a shortage of drivers amid a pay dispute. 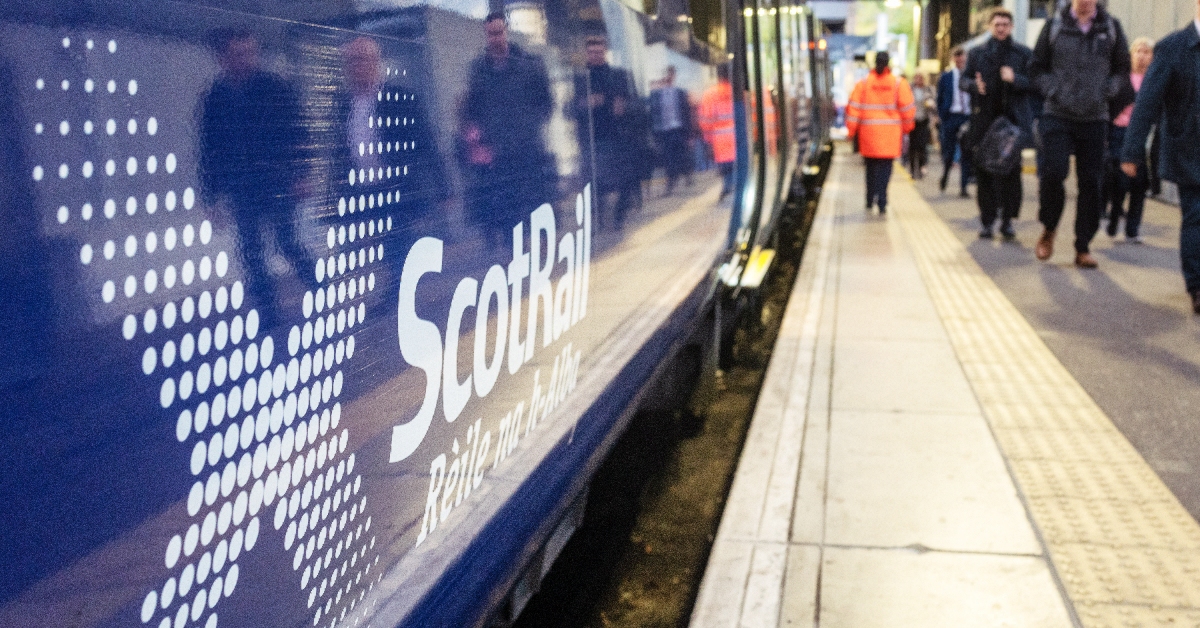 A “temporary timetable” axing 700 ScotRail services has come into effect.

Last week, ScotRail announced a third of rail journeys would be cut due to a shortage of drivers amid a pay dispute.

Train operators are declining to work overtime or on rest days that the company said it relies on to run a normal timetable as the pandemic impacted training of new staff members.

Trade union Aslef said a pay offer of 2.2% and participation in a shares scheme was “derisory” and refused to rule out further action.

The reductions come just weeks after ScotRail was taken into public ownership by the Scottish Government in what ministers hailed a “historic” move.

However, the decision to cut train services will leave some communities cut off and commuters stranded.

Some stations will see services drastically reduced, with the last trains leaving Scotland’s main cities much earlier than usual.

From Monday, the last train from Edinburgh to Glasgow will be at 10.15pm instead of 11.45pm.

The last service from Glasgow to Stirling is currently 11.51pm, but will now leave at 7.49pm and the final Glasgow to Aberdeen service will leave at 6.41pm instead of 9.40pm.

Those travelling shorter commuter distances are also affected, with the last train from Queen Street to Paisley Canal moved to 7.12pm from 11.12pm and the Queen Street to Anniesland train brought forward to 6.03pm from 10.54pm.

It is unknown how long the temporary timetable will be in effect, however Scotland’s transport minister Richard Lochhead said on Sunday that he hoped the issue would be “sorted soon”.

He told the BBC’s Sunday Show: “It’s highly regrettable what’s happening, it will take a toll on the business community, the economy more widely, and not just in terms of passengers.

“This is a matter between ScotRail and the unions, and we’re urging them as hard as we can to get this resolved as quickly as possible.”

Meanwhile economist Tony Mackay has estimated the move to cut services could initially cost the Scottish economy between £75m and £80m each week.

Opposition ministers have called the ScotRail service cuts “damning, but not surprising”.

Tory transport spokesman Graham Simpson said: “Not only are existing passengers being let down by these enormous cuts, but the SNP-Green government will have no hope of increasing public transport use while it slashes services.”

Meanwhile Scottish Labour transport spokesperson Neil Bibby said: “Rail workers have been going above and beyond to keep things running despite years of poor leadership and failed workforce planning – and in return the SNP and ScotRail are pointing the finger at them, while failing to advertise a single job.

“Public ownership was supposed to be a new start – but instead passengers are being left with higher fares, more cancellations, and the same old excuses.

“Instead of peddling ScotRail’s spin the SNP government need to show some leadership and act to address the workforce crisis at the heart of this mess.”

Scottish Liberal Democrat leader Alex Cole-Hamilton said last week: “The promise to passengers of a stronger, greener rail network is in tatters just 47 days after the SNP/Green government took it over.

“For all their talk about the climate emergency and the importance of public transport, they have just made it much harder to leave the car at home.

“Green voters especially will be dismayed by this betrayal.”