Is your child's school closed as teachers strike over pay?

Teachers across the country are walking out on November 24 after rejecting a 5% pay rise. 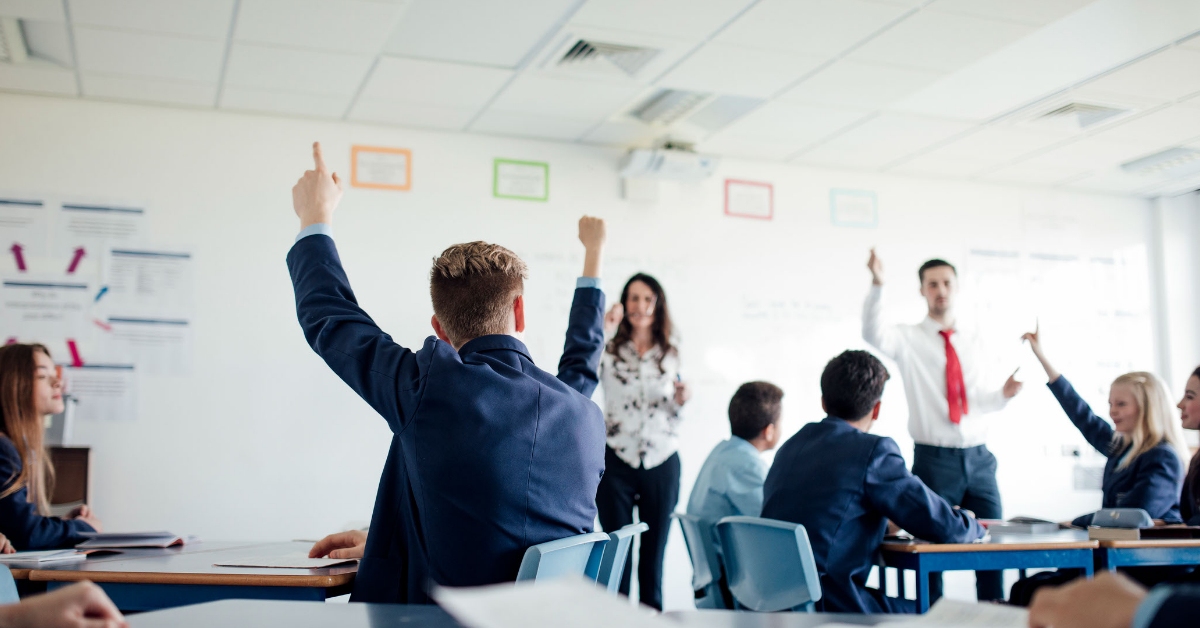 School staff across Scotland are set to take part in their first national strike action over pay for almost 40 years.

Thursday’s strike comes after the Educational Institute of Scotland, the country’s largest teaching union, rejected a 5% pay rise offer from the Scottish Government, describing it as “wholly inadequate”.

The AHDS union, which represents some heads and deputes, is also striking on Thursday. Furthermore, the EIS has announced two new planned strike dates for January, affecting primary and secondary schools.

Next week’s national strike will be the first by teachers over pay since the mid-1980s. The unions want a 10% pay rise to reflect the cost of living crisis and rising inflation.

STV News takes a look at what schools are affected in each of Scotland’s 32 local authorities on November 24.

Angus – All primary and secondary schools closed. Nurseries at Andover, Inverbrothock, Northmuir, Seaview, Southesk and Warddykes will open as usual, and early learning and childcare centres at Carnoustie and Forfar will also open as normal. All other school-based childcare settings will be closed.

Argyll & Bute – Parents are urged to plan on the basis that their child’s school will be closed. Council is still collating information to work out how many teachers plan to strike.

Borders – All primary, secondary and ASN schools are closed.

Dumfries and Galloway – All primary and secondary schools closed. Council is working with senior staff and managers to risk-assess the opening of school nurseries.

Dundee – All primary schools, attached nursery classes, secondary and special schools will be closed. The closures on will also involve Kingspark School and the Rockwell Learning Centre. But the following early years settings will be open to children and staff:

East Lothian – All schools will be closed. However, school breakfast clubs will continue as normal, as well after school and sports clubs.

East Renfrewshire – All primary and secondary schools are closed and there will be a limited service in family centres and nurseries.

Edinburgh – All schools closed, as well as term-time nursery classes within primary schools. Other nursery settings will be open.

Falkirk – All schools (including additional support needs schools) and nursery classes in primary schools will be closed. Council-run early learning and childcare centres will remain open

Fife – All schools closed. The strike will impact the following services:

Highlands – All primary schools, including local authority ELC settings will be closed, as will all secondary schools, special schools and off-site provision.

Inverclyde – All primary, secondary and ASN schools closed. The nursery classes at the following primary schools will also be closed on that day:

The following council run early years establishments will be open as normal:

Moray – All primary and secondary schools closed. Early Learning and childcare settings are not affected and will open as normal.

North Ayrshire – All primary, secondary and ASN schools closed. All standalone early years centres and a number of early years classes within schools are expected to remain open.

North Lanarkshire – All education establishments will be closed – except for the council’s 23 individual family learning centres and 52-week nurseries based in school settings.

The nurseries remaining open are Dounby, Eday, Glaitness, North Walls, Papay, Papdale and Rousay. Shapinsay is partially open for P1-4 and its nursery until 1pm. The Strynd and Willow Tree nurseries are also open.

Perth and Kinross – All schools and nurseries will be closed, as well as kids’ clubs and wraparound care. School lets will remain open as normal.

Renfrewshire – All primary, secondary and ASN schools will be closed, as will council nursery classes that are only open during term time and located in primary schools. Council nurseries that are open all year round (52 weeks) will operate as normal including all ELC centres and the following nursery classes:

Shetland – All schools – apart from Cullivoe Primary School and Skeld Primary School – and most early learning and childcare settings will be closed. Isles Haven Nursery, including the Old Infants room, in Lerwick will be open, as will the Out of School Clubs at Islesburgh, Sandwick and Brae.

South Ayrshire – All primary, secondary and ASN schools closed. But the council’s five standalone early years centres will not be affected by the industrial action and will operate as normal. Those are:

Stirling – All primary, secondary and ASN schools, including Castleview Nursery, will be closed. Stand-alone nurseries and nursery classes will remain open as normal.

West Dunbartonshire – All schools, including early learning and childcare centres (ELCCs) attached to schools, will be closed. The following ELCCs will remain open as normal:

West Lothian – All primary, secondary and ASN schools will be closed. Early years centres and nurseries will remain open.

Western Isles – All primary, secondary and ASN schools closed. Council-run nurseries will also be shut but some private nurseries expected to remain open.

Will teachers be offered more money?

Deputy first minister John Swinney made clear to unions that finding extra cash to fund public sector pay rises beyond what has been offered would mean more cuts to services.

Swinney said: “If I want to put any more money into a public sector pay deal, beyond what’s already on the table, I have to cut public expenditure and public services.”

What do unions want?

Members of the EIS and AHDS unions are striking – they want a 10% pay rise.

EIS general secretary Andrea Bradley said “unless a fair pay offer is made” before the Christmas break there will be further strikes on January 10 and 11.

Bradley stated: “All EIS members in all of Scotland’s schools will be called upon to take strike action next week unless a fair pay offer is made in time.

“Following this, the EIS has allowed for a period of further negotiation up until the Christmas break, giving yet another opportunity for an agreement to be reached.

“Should no acceptable offer be received from employers by this time, our members will be called to take further strike action on two days in early January.”

She said that the “ball is very much in the court of” the Scottish Government and the local authority body Cosla.

Meanwhile, members of the Scottish Secondary Teachers’ Association (SSTA) will take two days of targeted strike action next month, after 90% voted for strike action on a turnout of 62%.

The SSTA said that members in some local authority areas will strike on Wednesday, December 7 while others will walk out on Thursday, December 8.

What is Cosla saying?

Teachers are employed by councils, who get much of their money from the Scottish Government, but their pay and conditions are the same across the country.

Pay deals are negotiated at a committee, which brings together unions, councils and the Scottish Government.

A Cosla spokesperson said: “Scottish local government values its entire workforce, of which teachers are a key part.

“Making an offer that is affordable enables councils to protect the whole of education services and ultimately improve outcomes for children and young people.

“Along with Scottish Government, we are working closely and at pace to ensure a revised offer can be brought forward, however, there are extremely challenging financial decisions that must be made and the consequences must be understood.

“We will remain in active discussions with our trade union partners.”