Stop The Deaths – a joint initiative by the Scottish Government and the Scottish Drugs Forum – was advertised across the country. 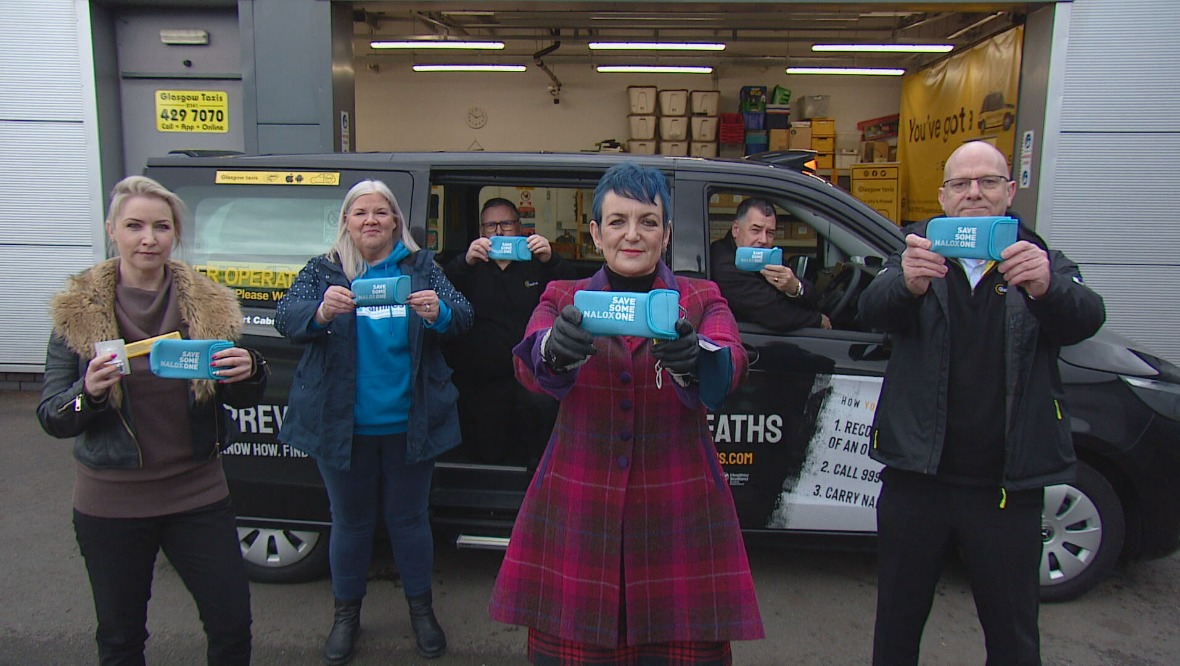 Thousands of Scots have signed up to learn how to save someone’s life in the event of an opioid overdose.

Almost 4500 people responded to a nationwide campaign to learn how to spot the signs of an overdose, administer anti-overdose spray naloxone and receive a free kit.

Stop The Deaths – a joint initiative by the Scottish Government and the Scottish Drugs Forum (SDF) – was advertised across the country after launching in August last year.

Glasgow Taxis helped to raise awareness of the campaign and more than 20 of the firm’s drivers have volunteered to carry naloxone.

“On a personal level, during the 1980s – before entering the taxi trade – I worked in the north of Glasgow in some of the city’s worst affected areas like Possilpark.

“Heroin and HIV destroyed a generation back then and it left an indelible impression on those who experienced it including me.

“The current drug death figures serve as a stark reminder that the problem has not gone away and any way of reducing the number of deaths is worth supporting.”

She added: “The campaign has demonstrated that people in Scotland are keen to assist efforts to prevent drug deaths.

“Naloxone is an emergency treatment that can help save someone’s life and it is essential that people are equipped with the knowledge, skills and tools they need to provide help to someone experiencing a life-threatening overdose.”

The campaign has since finished, but people can still register their interest in receiving training and a free kit.

Angela Constance, drugs policy minister, described the initiative as a “vital part of the national mission on the drug deaths crisis”.

The MSP added: “We hope that the campaign has also helped reduce the stigmatisation of people at risk of overdose and people with a drug problem more broadly.

“Naloxone is one of a wide range of measures being used to address the public health emergency of drugs deaths, but it plays an important role and I hope as many people as possible will visit the Stop The Deaths website to find out more.”