Swinney ‘encouraged’ as cases fall and another 48,000 vaccinated

The deputy First Minister said Scotland has recorded its largest daily number of vaccinations since the programme began. 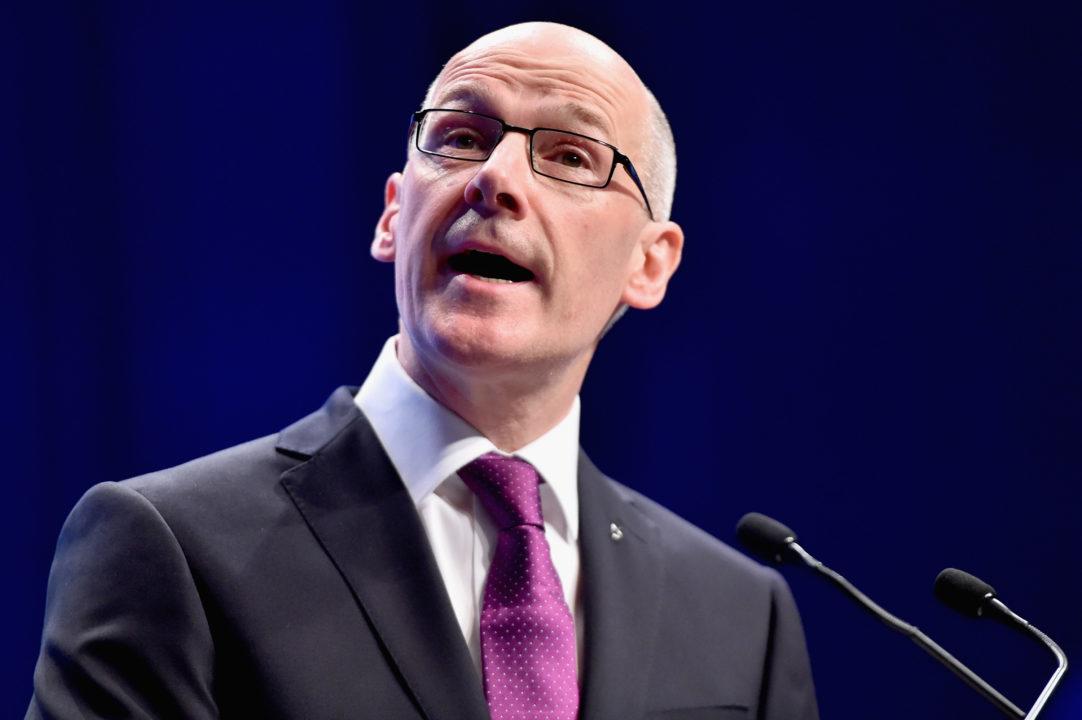 The Deputy First Minister confirmed another 61 people with the virus have died in the last 24 hours.

But he also announced that another 48,000 people had received their first dose of a vaccine – the largest number in a single day since the programme began.

Swinney was speaking at the Scottish Government’s daily coronavirus briefing on Friday, where he also confirmed another 895 people had tested positive for the virus, bringing the total in Scotland to 184,314.

The daily test positivity rate was 4.9%, the same as Thursday, making it the joint lowest day since Christmas.

There are 1794 people in hospital confirmed to have the virus, down 18 from 1812 since Thursday and 123 patients are in intensive care, down four.

Swinney said the falling figures were “very encouraging news” along with the R number sitting below 1.

By 8.30am on Friday a total of 92% of those aged over 80 living in the community had been given their first dose of coronavirus vaccine.

Ministers had set the target of having all those within this age group having received their initial injection by the end of this week.

Swinney said the uptake so far had been “really quite extraordinary”.

He said that there would be some people who could not be vaccinated for clinical reasons, and added that others would be getting their first injection on Friday – although he said it “takes time” to get out to those elderly people who are house-bound.

But he said: “I think the performance on over-80s is tremendously reassuring, and it is indicative of the breadth and the depth of the vaccination programme around the country.”

The Scottish Conservatives said “public confidence” in the vaccine programme still needed to be rebuilt.

They accused the government of overseeing a “sluggish” start to the rollout, which was moving slower than the other UK nations.

Shadow health secretary Donald Cameron said: “People across Scotland will be assured that things finally appear to be moving in the right direction following the opening of mass vaccination centres and the sterling support of our military personnel.

“But after falling so far behind the rest of the UK and with patchy vaccination rates across Scotland, there is clearly still much work to be done by the SNP to rebuild public confidence.

“By their own admission, they have still failed to meet their ever-shifting target for the top two highest priority groups.

“This is not time for mutual back-slapping but concentrating on ensuring our NHS has all the help it needs to vaccinate as many Scots as quickly as possible.”