Poll shows a clear lead for Yes with the SNP set to remain the dominant party in Scotland at the next UK general election. 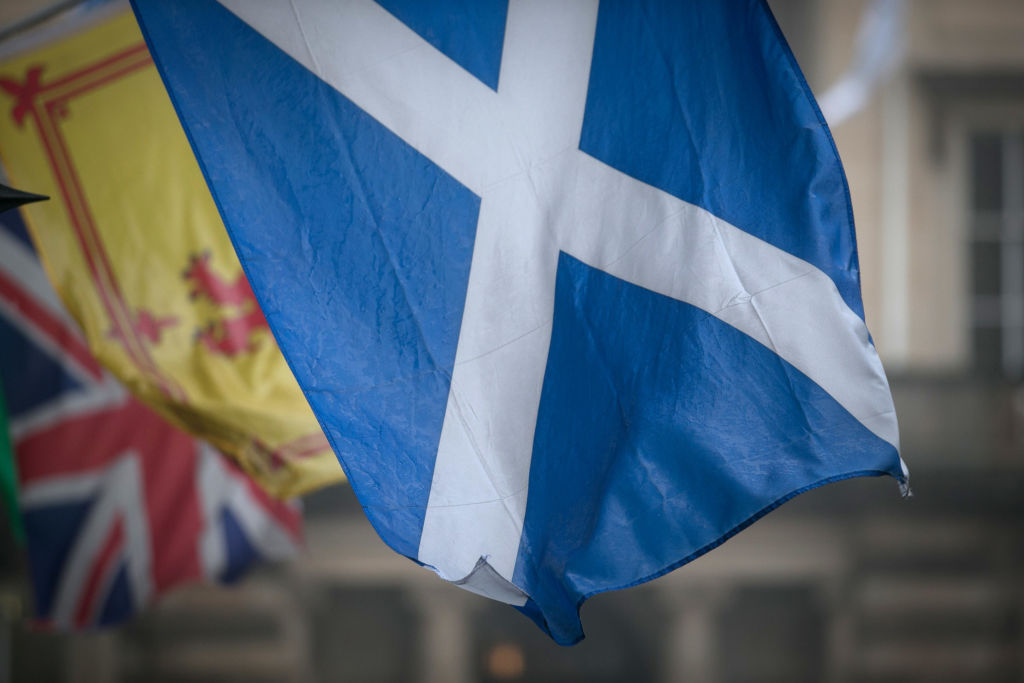 More than half of Scottish voters intend to vote for independence, according to a new poll for STV News.

Ipsos’ Scottish Political Monitor, run in partnership with STV News, finds support for independence has risen by six points since the last survey in May.

Based on a representative sample of 1,065 adults, the SNP would win 58 seats at the next UK general election. Scottish Labour would win one seat, while none of the other parties would win any seats in the House of Commons.

Excluding undecideds, the Scottish Political Monitor suggests the future of an independent Scotland would be sealed if another referendum was held now.

It comes after the Supreme Court ruled last month that the Scottish Parliament does not have the power to hold an independence referendum.

The Scottish Government had argued that Holyrood should be able to bring forward legislation allowing a vote to be held in October 2023.

However, the UK Government made the case that would be outside the legislative competence of the Scottish Parliament.

The proportion saying there should never be another referendum is down five points since May, at 26%.

Nicola Sturgeon remains the most popular of the Scottish party leaders, with over half (52%) holding a favourable view of the First Minister.

However, net satisfaction with her performance (the proportion satisfied minus the proportion dissatisfied) has fallen slightly, from +12 in May 2022 to +9.

Labour leader Anas Sarwar’s ratings have fallen – some 40% are satisfied with his performance as Scottish Labour leader, while 37% are dissatisfied and 23% don’t know enough to rate him.

Dissatisfaction with Sir Keir Starmer has increased – 37% are satisfied with his performance as leader of the UK Labour Party, while 50% are dissatisfied. His net satisfaction has fallen from -2 in May to -13 now.

Rishi Sunak receives a negative net satisfaction rating from Scots, of -21, with 32% satisfied and 53% dissatisfied with his performance as Prime Minister.

Although his overall rating is low, Sunak nonetheless appears to fare comparatively better among the Scottish public than former PM Boris Johnson, who received a -71 net satisfaction rating in Ipsos’ May poll.

Fears for the NHS

The NHS was found to be the biggest issue facing Scotland today, with 41% of Scots worried about the state of Scotland’s healthcare; an increase of 14 percentage points since May.

Inflation and the rising cost of living came in second at 28% – down by 2 percentage points in May – followed by education (23%) and Scottish independence (23%).

The SNP remain the dominant party in Scotland – 51% of those likely to vote say they would vote for them in an immediate General Election. Labour remains in second place on vote share, at 25%, while the Conservatives have slipped further to 13%.

Treating the next election as a de facto referendum on independence appears unlikely to dent the SNP’s vote share: indeed, 53% of those likely to vote say they would vote SNP in this situation.

With a further 2% saying they would vote for the Scottish Green Party, this would take the vote share for pro-independence parties to 55%

Emily Gray, managing director of Ipsos in Scotland said: “These new results from Ipsos and STV News show an increase in both support for independence and support for the SNP. Whether this is a temporary ‘bounce’ in the wake of the recent Supreme Court judgement or a longer-lasting trend remains to be seen.

“Meanwhile, with the judgement narrowing the legal pathways to a second referendum, the SNP is considering treating the next General Election as a de facto referendum on independence. This is a high-risk strategy for the party, who secured 45% of the vote in 2019.

“However, the indication from this poll is that, at this stage at least, this is not harming their electoral chances.

“At the same time, there are some indications that wider public ratings of the SNP have slipped. While the SNP remains comparatively more trusted than other parties, trust in their ability to manage a range of crucial issues – including the NHS and the economy – has fallen significantly over the last 18 months.”

Watch Scotland Tonight at 10.40pm for full analysis of the poll commissioned by STV News in partnership with Ipsos’ Scottish Political Monitor.