Sun and swimming as Scotland marks hottest day of the year

The heat has been building all week with the peak of 29.3C coming on Thursday. 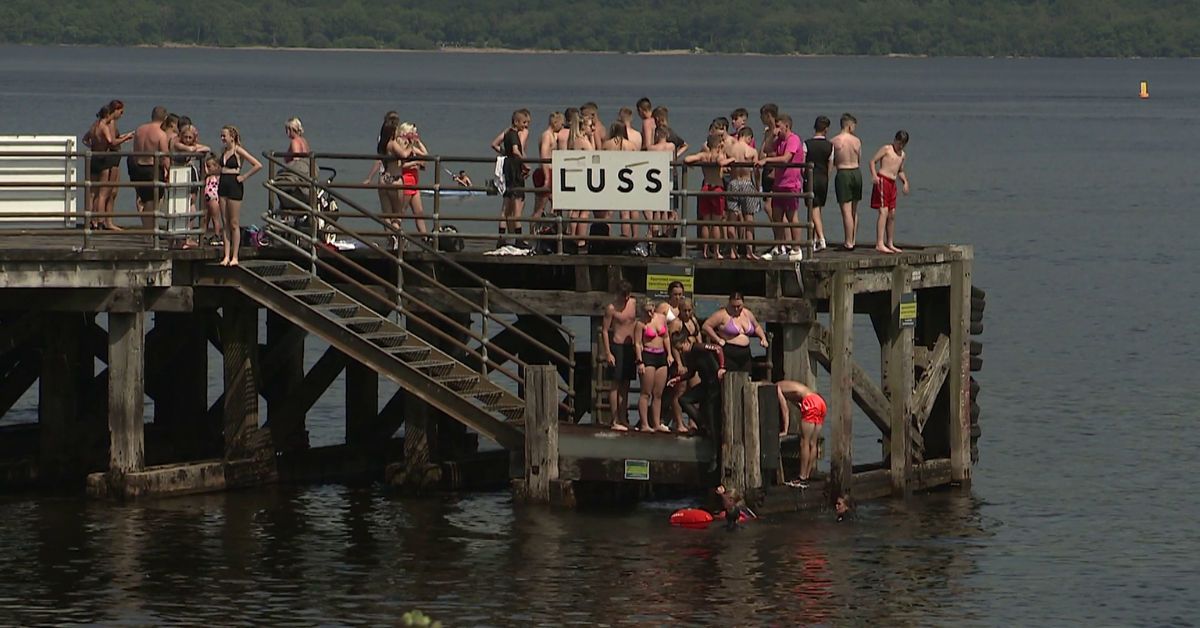 Scotland has recorded its hottest day of the year so far as temperatures soared to more than 29C.

The west of the country saw the most of the sun with crowds flocking to beaches and lochs to sunbathe and cool off.

The heat has been building all week with the peak of 29.3C coming in Threave, southern Dumfries and Galloway.

The second hottest place was West Freugh, Wigtownshire, which saw a high of 28.7C on Thursday.

Oban in Argyll reached 28.4C and Ayrshire had two of the hottest spots with Prestwick at 28.6C and Auchincruive hitting 28C.

STV meteorologist Sean Batty said that although it is possible areas around Fort William or Ayrshire could top Thursday’s peak, temperatures are likely to start coming down.

He also warned that the night following Scotland’s hottest day of the year so far could be uncomfortably warm for some.

“Thursday evening will be a struggle for those of you living around Glasgow, Renfrewshire and Ayrshire with temperatures probably staying in the high-teens, low 20s, until near midnight,” Sean said.

“It’s going to be a night with the duvet going on and off.”

July has also seen dry conditions which the baking sun had added too. Sean visited East Yonderton fruit farm in Renfrewshire where he was told the picking season was going to be shorter this year due to the dry conditions.

“Islay has been astonishingly dry with just 1mm of rain this month so far, just one per cent of what we’d normally expect, and Machrihanish on the Kintyre peninsula has only had two per cent.

“While Shetland hasn’t been feeling the heat in this spell, it has experienced the dry conditions, with only 5mm falling over the last three weeks – just eight per cent of normal for July.”

The heat is expected to continue for a couple more days before cooler conditions arrive next week.

“For gardeners and farmers desperate for some rain, the good news is next week we’ll see some. For those of you not enjoying the heat, I include myself in that, cooler conditions will arrive early next week,” Sean said.