Raman Bhardwaj was suddenly soaked by sprinklers while presenting live from Rugby Park in Kilmarnock. 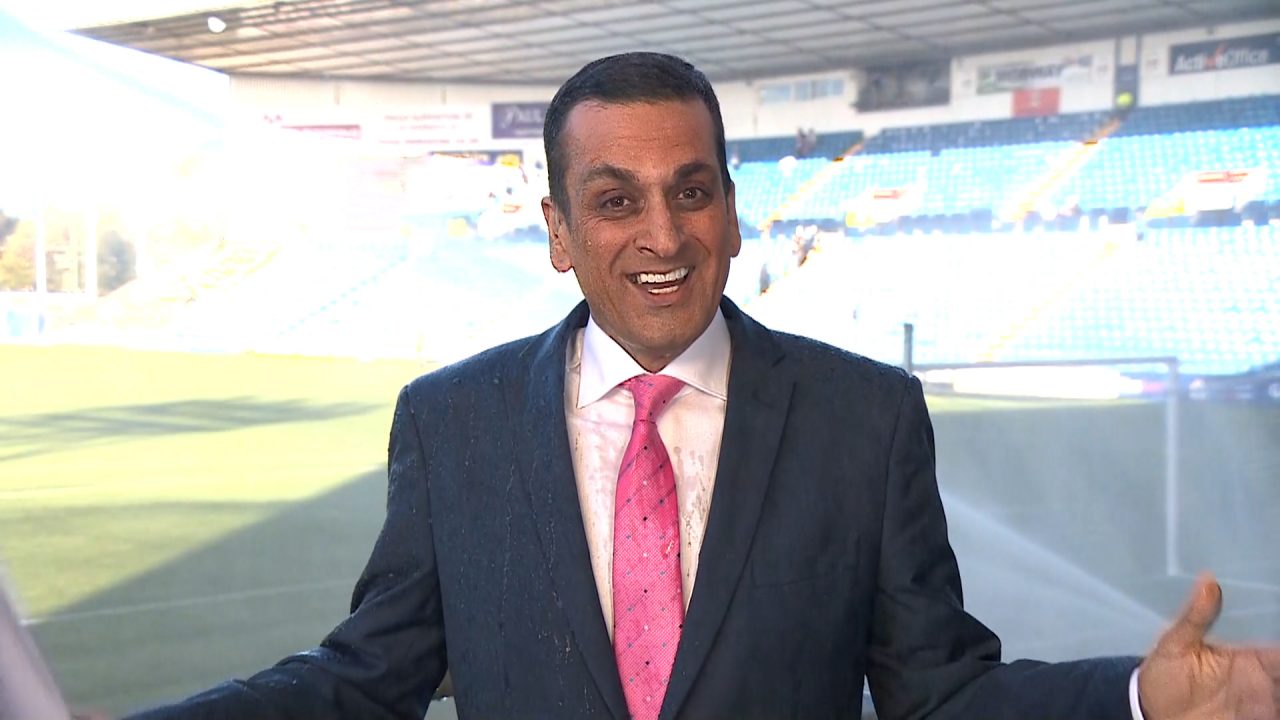 As Raman presented the sport from Rugby Park for the STV News at Six on Friday, the sprinkler system suddenly came on.

Ever the professional, Raman continued with his report as he was soaked by the spray, joking that at least his colleague Ronnie Charters was dry.

Raman said: “On a glorious night in Ayrshire with the sun beaming through the blue sky, never did I think I needed to be on guard for getting wet but the Rugby Park sprinklers had other ideas.

“It came at such a pace I literally didn’t see it until I was soaked.

“They certainly moved far faster than I ever did on a football pitch.”