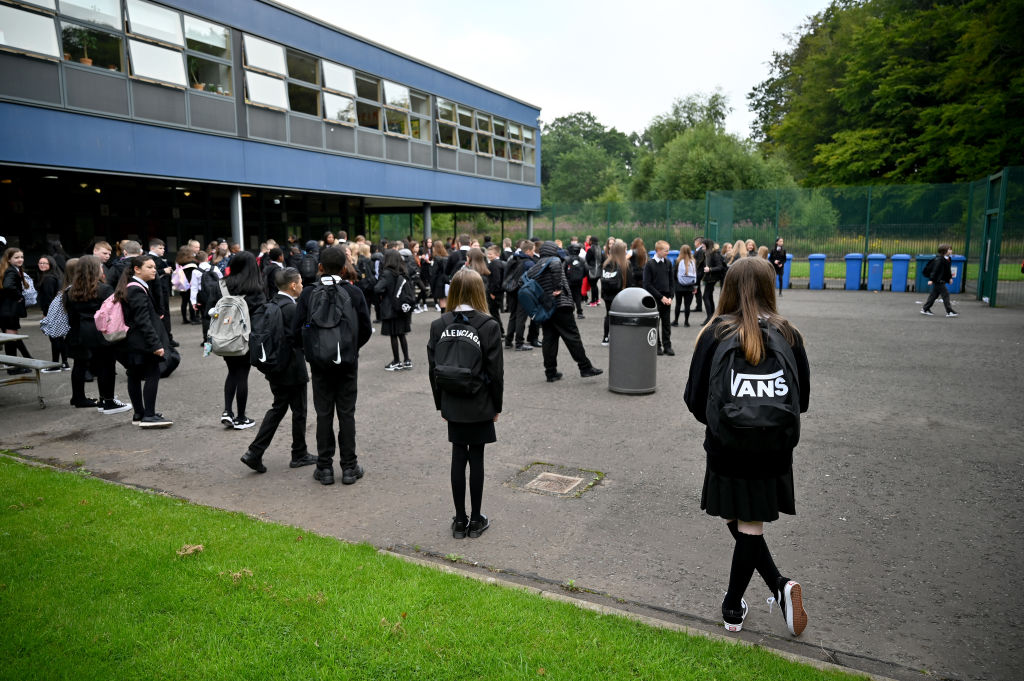 Nicola Sturgeon has defended plans for secondary school pupils to return to school part-time from Monday – despite being told some youngsters could spend less than two hours a week in the classroom.

The First Minister said that despite the fall in coronavirus case numbers, expert advice does not yet support all high school students returning full-time to face-to-face learning.

While all children will be back in primary school from Monday, March 15, secondary school pupils will only receive some in-school education, with a blended approach meaning they will continue to do some of their learning at home until after the Easter break.

Sturgeon insisted: “We would not have been able to say to secondary school pupils everybody can be back full-time from March 15.

But Scottish Liberal Democrat leader Willie Rennie told her: “The amount of education for S1 to S3 students seems to vary from one day a week to one hour and 45 minutes for some.”

Pressing her on the issue during a meeting of Holyrood’s Covid-19 Committee, he added: “There’s lots of angry parents out there.”

“Teachers and school leaders are pretty clear there is a diminished educational offer for these two weeks,” he added.

Sturgeon said: “We want to get young people back into school full-time, we achieved that in August and we think that can be achieved again and our aim is for that to be possible after the Easter break.”

But she added that for secondary school pupils, ministers had to decide if the focus should be entirely on S4 to S6 youngsters, who are working towards qualifications, or if younger students should also be able to get some time back in the classroom.

Sturgeon said that even if the time they get in school is “limited”, the government had opted for this approach because of concerns over “not just the educational impact of being out of school 100% of the time, but the wellbeing impact as well, being separated from friends and normal life”.

She added: “We decided to try, even if it was limited, in the period between now and Easter to get young people back into school for some periods and to reacquaint them ahead of the Easter holidays.

The plan was also criticised by the Scottish Conservatives in parliament on Tuesday.

The party’s Holyrood leader Ruth Davidson said: “Last week the First Minister raised the hopes of parents and pupils with her promise of ‘very significant steps’.

“But her words were hollow. Instead of a meaningful return to normal schooling, the reality for many pupils has been just a few hours in the classroom.

“Our young people have suffered greatly over this past year, not only through severe disruption to their education, but the potential impact on their mental health.

“Having been repeatedly failed by the SNP government, they deserve more than half-baked plans which often fail to live up their billing.”