Classes are due to start at universities and colleges across the country. 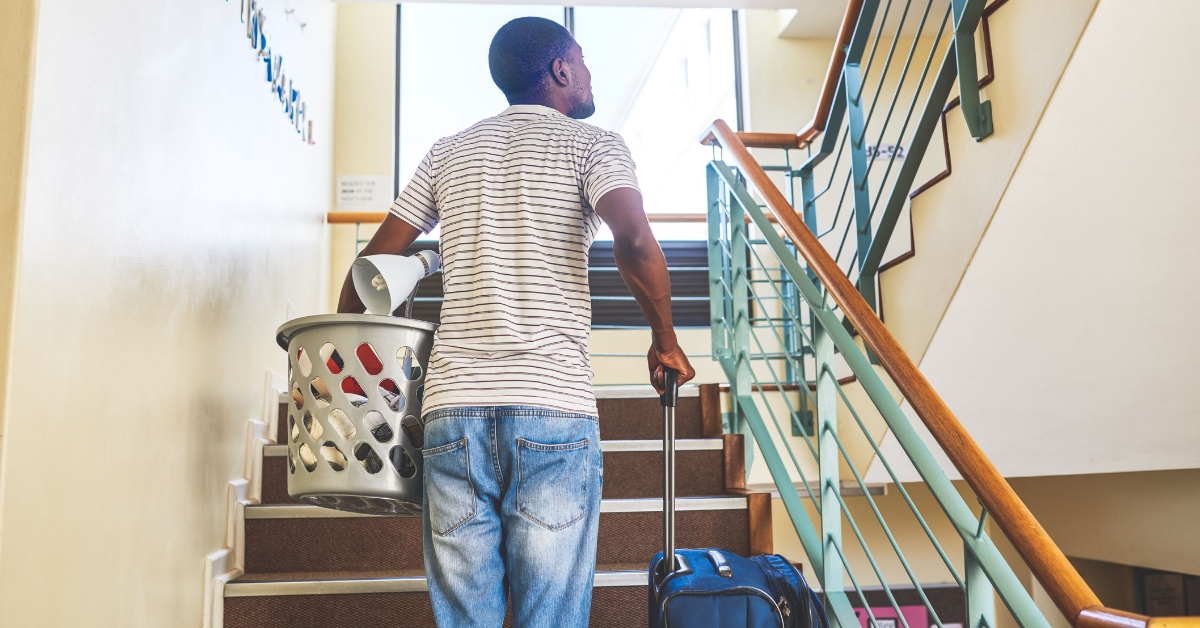 Students in Scotland are “terrified” that they will not be able to find a place to live ahead of starting university, it has been claimed.

Classes are due to begin next week at institutions across the country, with students having taken part in Freshers’ events this month.

Following the easing of the coronavirus pandemic last year, high demand for accommodation saw prices jump amid a shortage of flats available for rent.

It has lead to concerns that those attending university will not be able to find anywhere to live before starting their courses.

NUS Scotland president Ellie Gomersall said that there is a “massive shortage” of accommodation across the country, with cost also providing prohibitive to many.

Research conducted by NUS Scotland found that the average annual rent for students in Scotland is currently around £6,800 for the year.

The maximum amount that students are able to receive from the Scottish Government is £7,750 a year.

“I think what we’re seeing right across all of Scotland is a massive shortage in the amount of quality, affordable housing on offer to students,” Gomersall told STV News.

“As a result, students are really struggling to find somewhere to live and I think the key words there are quality, affordable housing.

“Because actually what we are seeing is there are rooms sitting there but they’re either of such poor quality that students just aren’t able to comfortably live and study from them, or that they are so expensive that they’re just not within the price range that the vast majority of students are able to afford.”

Ms Gomersall said that the challenges in finding accommodation has caused worry and anxiety for students.

She said: “We’re hearing stories from students all across Scotland at the moment who are really, really terrified actually that they’re not going to be able to find somewhere to live to be able to go into college or university.

“And it’s such a shame because coming to college or university for the first time should be such an exciting experience, it should be really life-changing actually.

“And at the moment, it’s nothing but stress and worry and anxiety because there just aren’t places to live.

“We’re seeing this in particular in big cities like Glasgow and Edinburgh, and also in St Andrews as well.

“What we’re seeing is some of the universities have increased the number of students they’ve that offered places to, which is brilliant, we love to see more students going to university, but they’ve not increased the amount of quality, affordable accommodation that they are providing, or that’s on offer, in those cities.

“And as a result, students just aren’t being able to find somewhere that they can live.”

The NUS Scotland president said that the financial background of students still has an impact on whether they are able to attend university.

“I think we will see some students who just won’t choose to go into university or college because they just aren’t able to afford it,” she said.

“Our research from last year also showed that a huge number of students, over a third in fact, had considered dropping out because of financial reasons, and I think that’s just absolutely heart-breaking.

“We have free tuition for Scottish students in Scotland for undergraduate degrees, but actually, the system is still so built around being able to afford things like accommodation, commuting to class, things like that, that actually your financial background still does have a huge impact on whether or not you’re able to study.”

Gomersall warned that those from the most deprived areas will be most impacted by the finances required to study.

She said: “What we saw this year is a massive increase in the number of students who were offered places to university from some of those more deprived backgrounds, who wouldn’t ordinarily go to university.

“And that’s brilliant to see, but those students are the ones who are going to be at the highest risk of dropping out because they just can’t afford to stay there.”