Storm Christoph to bring snow and heavy winds to Scotland

Several roads will be affected as the storm brings snow and heavy winds. 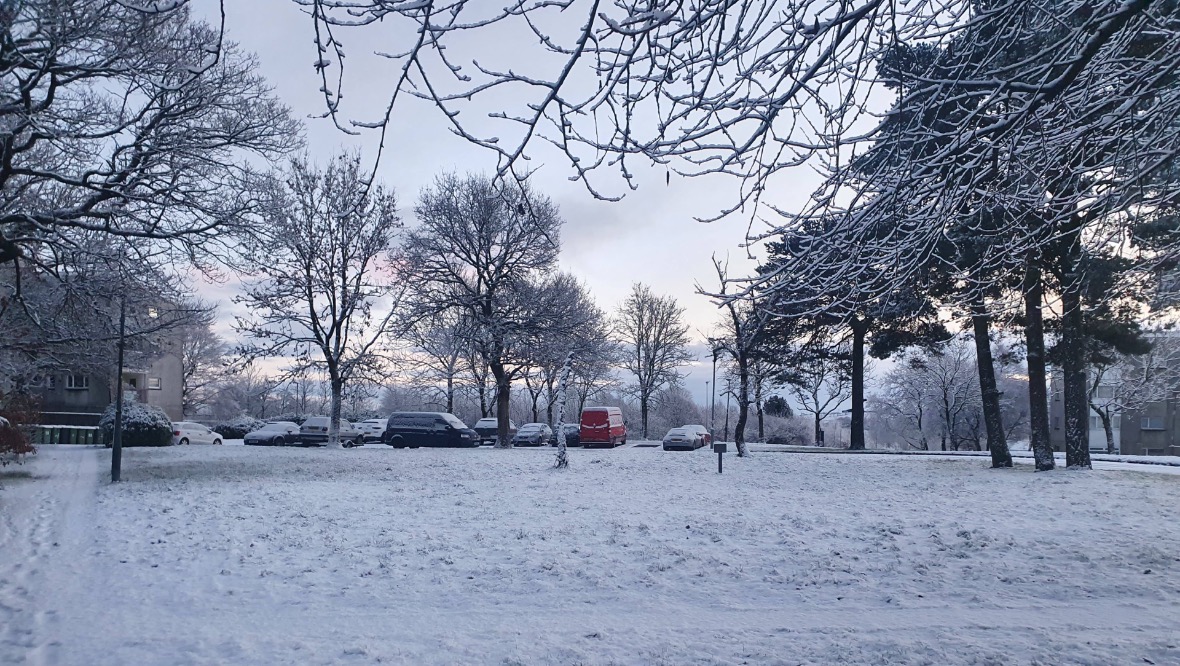 Scotland will be hit with heavy winds and blizzard conditions as Storm Christoph makes its way across the country this week.

Several areas will be waking up to snowfall on Thursday morning with a risk of severe gales in the north-east bringing travel disruptions.

The storm, currently developing just west of Ireland, will bring heavy rain to Wales and parts of England, but for Scotland the main concern will be the snow and strong winds.

STV meteorologist Sean Batty says there will also be around 50cm of rain in parts of the Borders between Tuesday night and Thursday.

But as the rain moves north on Wednesday it will turn to snow in places such as East Kilbride and Caldercruix in South and North Lanarkshire with higher areas getting around 10cm.

Sean says several roads in the south east of the country could be badly affected as a result.

He said: “We continue, like last week, to have a battle between cold and warm air right over the top of us.

“The boundary as of Tuesday afternoon is the central belt with the colder air to the north and warmer air trying to push up from England. Along this boundary there is rain in the south of Scotland and snow over the Southern Uplands.

“Parts of the Borders could get as much as 50mm of rain between now and Thursday before this clears north.

“As the rain band moves very slowly north on Wednesday evening it will come into contact with the colder air and it’s likely the rain will turn to snow down to around 100 metres in central and southern areas. This puts places such as East Kilbride, Strathaven, Lanark, Shotts, Lesmahagow, Carnwath, Caldercruix and Slamannan at risk of a few centimetres of snow overnight into Thursday.

“Higher areas like Eddleston, Salsburgh, Symington and Drumalbin could get in excess of 10cm. The heaviest snow will be in the south east which means conditions on the higher parts of the A68, A7 & A702 could become awful for a time.”

On Thursday it will be the north and north-east of the country that will feel the worst of the storm.

Around 40cm of snow is predicted to settle on the Cairngorms by Thursday with gale force winds bringing potential blizzard like conditions on higher roads including the A97 and A920.

Throughout the weekend wintery showers are expected with a return to icy conditions for some as temperatures drop.

Sean continued: “This whole system moves to the north and north east on Thursday with Storm Christoph bringing a risk of severe gales to the Moray Firth and gusts around 50mph on the coasts.

“This will be a very cold, especially for the Northern Isles, Moray and Aberdeenshire. There will also be heavy rain affecting coastal Moray, Inverness, Easter Ross, Perthshire and Aberdeenshire, but this will fall as snow over inland areas with 5-10cm to low levels.

“There could be as much as 15cm in higher locations like Tomatin, Carrbridge, Kingussie, Lumsden, Kildrummy and Tomintoul. And a whopping 40cm could settle on the Cairngorms during Thursday.

“Because the snow in the north east will be accompanied by a strong wind, there’s a possibility of blizzard-like conditions on the higher roads as well as drifting. I expect the worst affected roads will be the A95, B9009, B941, A97 and A920, and snow gate closures can be expected.

“From Friday and through the weekend we’ll be back into showery weather, with most of the showers in the far north and west where they will continue to be wintry at times. Temperatures will also dip to very low values, especially in areas with snow cover, and this also means a return to icy conditions.

“Longer term, while the temperatures will not stay consistently cold for the coming weeks, with some very short milder spells looking likely, it does look as though generally colder than normal conditions will stay with us well into February along with snow from time to time.”