‘Stay at home’ lockdown restriction to be lifted on April 2

The plan is to move Scotland into level one in early June, before shifting to level zero by the end of that month. 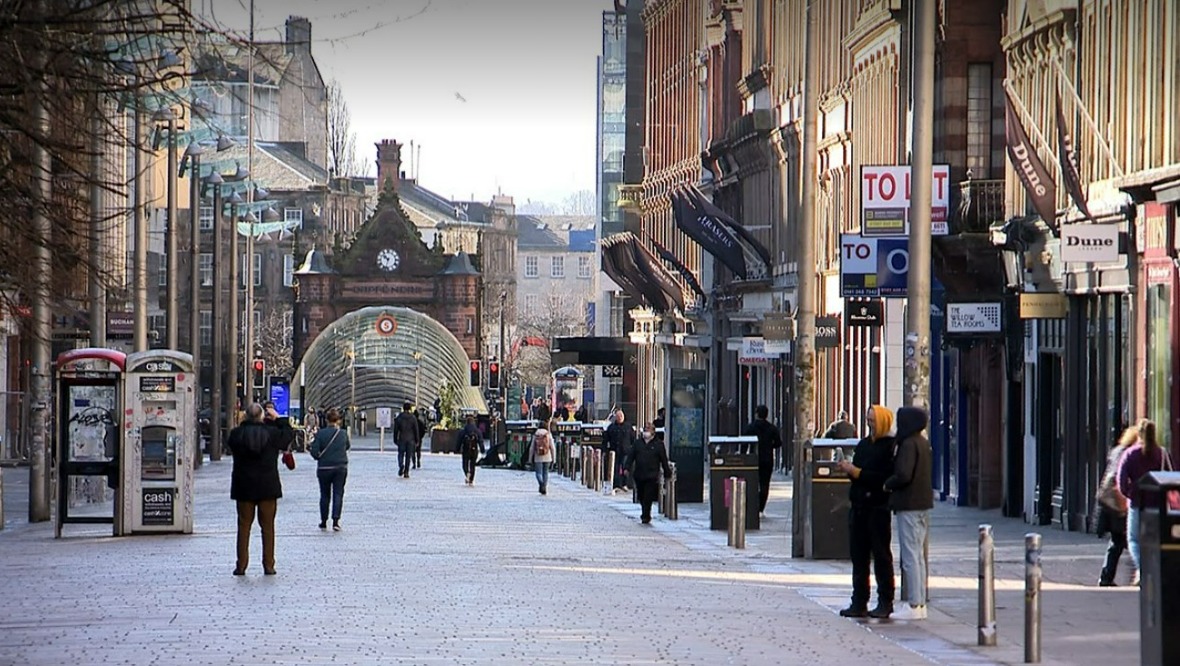 Scotland’s ‘stay at home’ lockdown restriction will be lifted on April 2, Nicola Sturgeon has announced.

The First Minister said that the rule will be replaced with guidance to ‘stay local’ for at least three weeks.

In a statement to MSPs at the Scottish Parliament on Tuesday, Sturgeon revealed plans to move Scotland into level one of the coronavirus restrictions in early June, before shifting to level zero by the end of that month.

Unveiling the plan, the First Minister said that from April 5, click-and-collect retail services, along with garden centres, car dealerships, homeware stores and barbers and hairdressers, will be able to reopen.

More students, particularly those in college, will also be able to go back to in-person teaching, with colleges prioritising those at risk of not completing courses for return first.

Scotland will then move out of lockdown and into a “modified level three” on April 26.

On the same date, travel restrictions across the country will be dropped.

The First Minister said: “We hope that restrictions on journeys between Scotland and other parts of the UK and the wider common travel area can also be lifted, if not on April 26, then as soon as possible thereafter.”

Beer gardens will also be able to open from that date.

Sturgeon said: “Cafes, restaurants and bars will be able to serve people outdoors – in groups of up to six from three households – until 10pm.

“Alcohol will be permitted, and there will be no requirement for food to be served.”

There will also be indoor opening of hospitality from April 26, limited initially to food and non-alcoholic drinks until 8pm.

Outdoor restrictions will also ease on that date, with six people from three households being allowed to meet, with those aged between 12 and 17 able to meet with six others from six households.

Attendance at funerals, weddings and associated events will also increase to a maximum of 50.

Scotland is then expected to move from level three to level two on May 17.

The First Minister told MSPs that while changes at the end of April will need to be monitored, indoor hospitality will return to a greater degree of normality with alcohol able to be served indoors.

She said: “The precise detail of any continued restrictions will depend on an assessment of the situation closer to the time.

“However, we will be aiming for us as much normality as possible.”

Indoor socialising is also expected to return on May 17, with plans announced to allow four people from two households to meet, while there will also be a further relaxation on outdoor mixing.

The Scottish Government then plans to move Scotland into level one in early June, before dropping to level zero by the end of that month.

The First Minister said she hoped that vaccination and Test and Protect would lead Scotland closer to normality, but added she could not say when restrictions would be fully lifted.

She said: “For me to set a precise date for all of that right now would involve plucking it out of thin air – and I’d be doing it to make my life easier, not yours.

“I am not going to do that. But I do believe that over the coming weeks – as more and more adults are vaccinated – it will be possible to set a firmer date by which many of these normal things will be possible.

“I am optimistic that this date will be over the summer.

“I know I will not be the only one now looking forward – with a real sense of hope – to hugging my family this summer.”

On Tuesday it was also revealed that a further seven people have died in Scotland after being diagnosed with coronavirus.

The death toll of those who tested positive stands at 7517, however weekly figures on suspected Covid-19 deaths recorded by National Records of Scotland suggest the most up-to-date total is at least 9725.

The daily test positivity rate is 3.8%, down from the 4.7% reported on Monday when 456 cases were recorded.

Of the new cases reported on Tuesday, 207 are in the Greater Glasgow and Clyde region, 98 are in Lanarkshire and 81 are in Lothain.

According to NHS boards across Scotland, 440 people are currently in hospital with confirmed or suspected Covid-19, a decrease of seven overnight. Out of those, 42 patients are in intensive care.

The Scottish Government also confirmed that 1,943,507 Scots have received their first dose of a Covid-19 vaccine, an increase of 34,516 from the day before.

From the week beginning April 12: