Plane will pass 25 Scottish hospitals with message of thanks for key workers' efforts during the coronavirus pandemic. 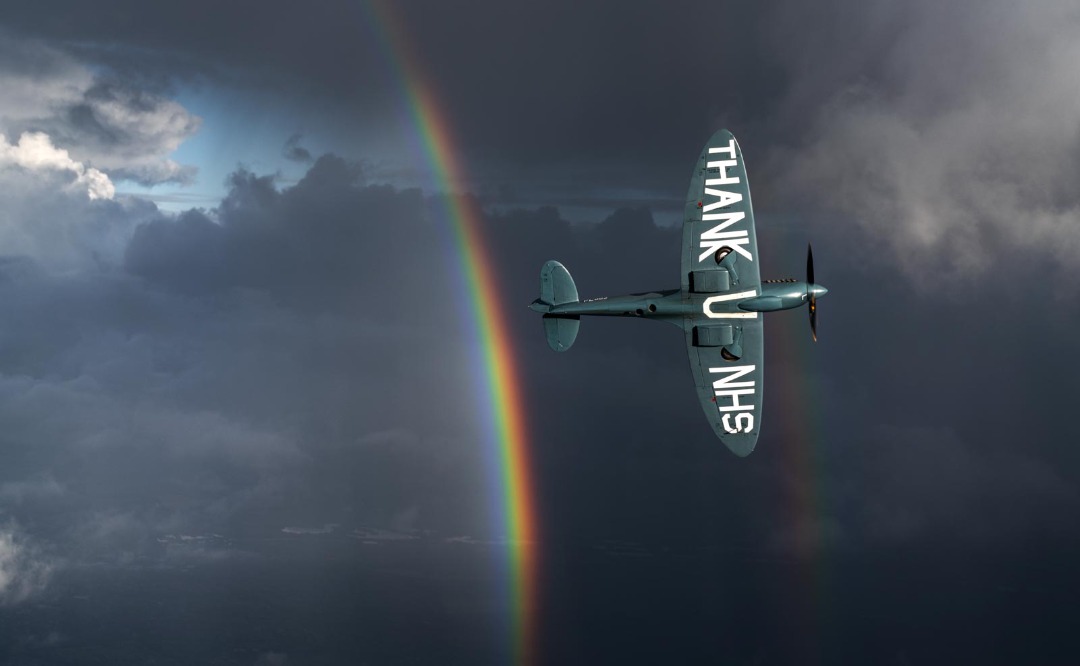 A Spitfire plane is flying above hospitals across Scotland to thank NHS staff for their efforts during the coronavirus pandemic.

The words ‘THANK U NHS’ have been hand-written onto the plane, which is owned by the Aircraft Restoration Company.

The plane took off from Duxfield Airport in Cambridgeshire at 10am on Wednesday morning, embarking on a journey that will see it fly over 98 hospitals including 25 in Scotland.

The public can also nominate names of loved ones to be written on the plane, which has an 80,000 name capacity, to raise money for NHS Charities Together.

John Romain, founder and managing director of Aircraft Restoration Company, said: “The response to our initial flight over the last 8pm #clapforourcarers Thursday was incredibly humbling, with hundreds of people from the local community sharing how wonderful it was to not
only see the Spitfire, but also to read the message emblazoned across its wings.

“After such (a) positive response we decided to leave the message painted on the Spitfire for the rest of the flying season; this is where the idea to handwrite the names of the nation’s loved ones onto the aircraft to raise money for the NHS Charities Together began.”

The company says the aim of the flight is to lift the spirits of those across the UK, whilst also thanking the hospitals, communities and individuals who have been at the forefront of getting the country through the pandemic.

The Spitfire was specifically built and used for photo-reconnaissance during the Second World War, carrying cameras instead of weapons.

During the 1940’s, Spitfire funds were set up by local communities around the UK and commonwealth countries to encourage a sense of purpose and hope in the struggle against adversity.

The Spitfire’s progress can be followed via the Aircraft Restoration Company’s social media pages and website. To submit a name or donate money visit here.

When does the Spitfire fly past your local hospital?