Graeme Sutherland has used social media to shed light on the reality of caring for his mum after she was diagnosed with Alzheimer's disease at age 61. 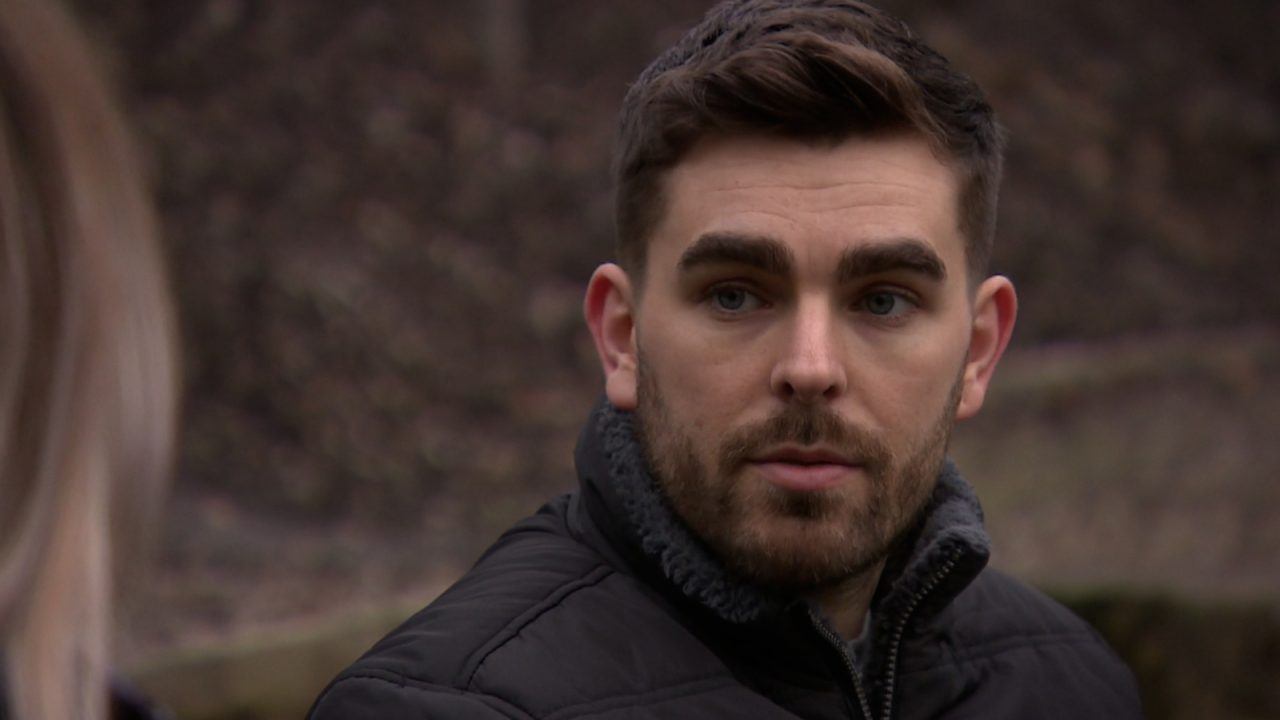 A young Scots man whose mum was diagnosed with Alzheimer’s disease has told how the condition forces families to watch their loved one “slowly fade away in front of you”.

Graeme Sutherland has used TikTok as a platform to raise awareness of the disease following his mum Linda’s diagnosis at just 61-years-old.

He spoke to STV News on Wednesday as scientists announced a breakthrough drug with the ability to slow the destruction caused to the brain by the disease.

There remains no treatment or cure for the condition, however the drug Lecanemab is being heralded as a breakthrough.

Graeme began documenting the reality for a family living with the disease during lockdown.

From helping Linda to remember her favourite songs to issuing advice and comfort to other carers, Graeme’s videos aim to shed a light on the daily life of those with the condition and those closest to them.

The 31-year-old, who is an ambassador for Alzheimer’s Scotland, joined voices hoping the new drug will give families like his time they didn’t have.

Speaking of the impact the disease can take on a family, he said: “I don’t think people realise the mental impact it has on you because it’s not just physical, dealing with them, it’s all around, having to watch somebody slowly kind of fade away in front of you.”

On the landmark medical news, he added: “So far It doesn’t feel like there’s been anything. I mean, although it’s just the beginning. It’s at least a bit of hope that they’re on the way to finding a cure.”

The new research shows that cognitive decline can be slowed down.

When someone has Alzheimers, Amyloid protein pieces start to clump together creating a sticky gunge around neurons in the brain, stopping them from working effectively.

Lecanemab is an antibody, which works by attaching itself to the proteins triggering an immune response from the body which ultimately breaks them down.

The latest trial tested the drug on 1,795 people in the early stages of Alzheimer’s.

After 18 months, scientists found the drug slowed the rate of the disease by 27% when compared to patients taking the placebo.

And although the difference is modest, it brings hope that Alzheimers can be treated.

Graeme said the disease, which is a progressive condition, is proving increasingly difficult to cope with.

He said: “I knew she would forget who I was at one point, and I’d always ask her my name just to make sure she did know who I was and it was when that day came, it was difficult.

“I’m struggling more these days, realising that, she is my only parent left. She is my mum, but she’s not my mum at the same time anymore because she’s just a shell of the person she was.”

The phase three clinical trial results have been reported by Eisai, a Tokyo-based pharmaceutical company that has partnered with US biotech firm Biogen to develop lecanemab.

Full results from the study have since been published in The New England Journal of Medicine, with experts hailing it as long-awaited proof that Alzheimer’s disease can be treated.

Professor John Hardy, group leader at the UK Dementia Research Institute at University College London, said: “This trial is an important first step, and I truly believe it represents the beginning of the end.

“The amyloid theory has been around for 30 years so this has been a long time coming. It’s fantastic to receive this confirmation that we’ve been on the right track all along, as these results convincingly demonstrate, for the first time, the link between removing amyloid and slowing the progress of Alzheimer’s disease.

“The first step is the hardest, and we now know exactly what we need to do to develop effective drugs. It’s exciting to think that future work will build on this, and we will soon have life-changing treatments to tackle this disease.”