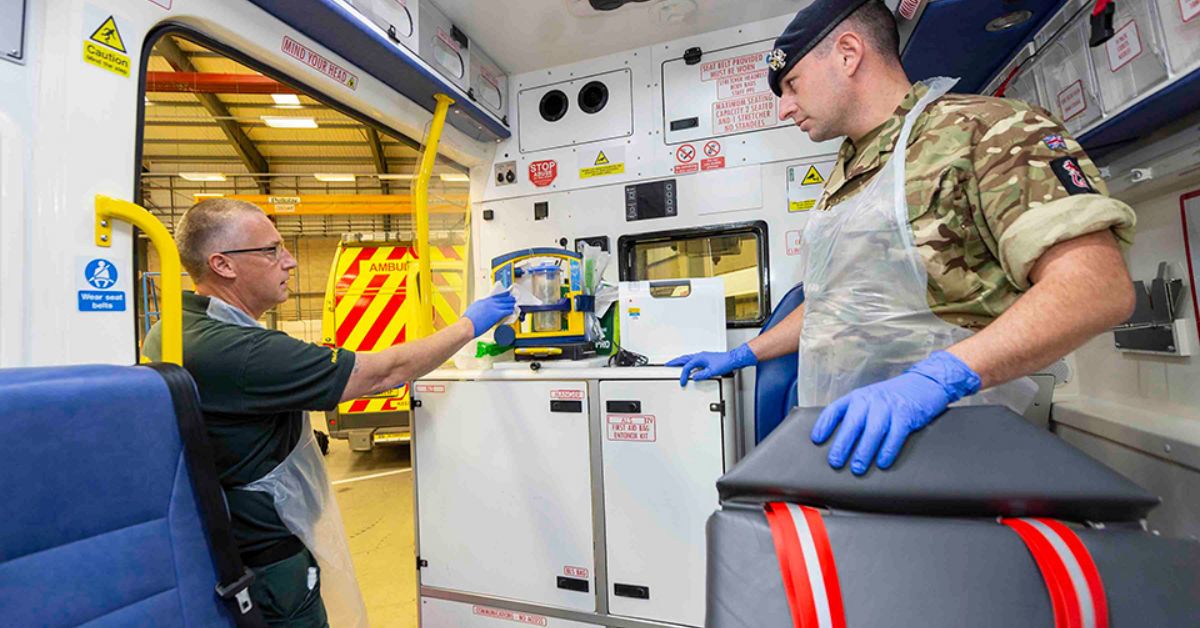 Hundreds of soldiers will be deployed from Saturday to support the Scottish Ambulance Service amid pressure on the NHS.

More than 110 Army personnel will be provided to drive ambulances this weekend.

Another 111 soldiers will be operating mobile coronavirus testing units which the military previously helped run last year during the height of the pandemic.

It comes as the four-hour A&E waiting time standard has fallen to the worst level on record again.

With hospitals beds taken up by Covid-19 patients, and growing pressure on emergency departments, those attending hospitals are waiting hours to be admitted leading to queues of ambulances unable to respond to other calls.

Firefighters are also stepping in to aid Scotland’s struggling ambulance service following an urgent call to the public sector for support.

Health secretary Humza Yousaf said the measures were being taken ahead of “an incredibly challenging winter”.

On Friday afternoon, Yousaf will meet Army personnel who are training for the deployment.