Travel disruption expected as some areas forecast to see up to 10cm of snow and temperatures of minus 4C. 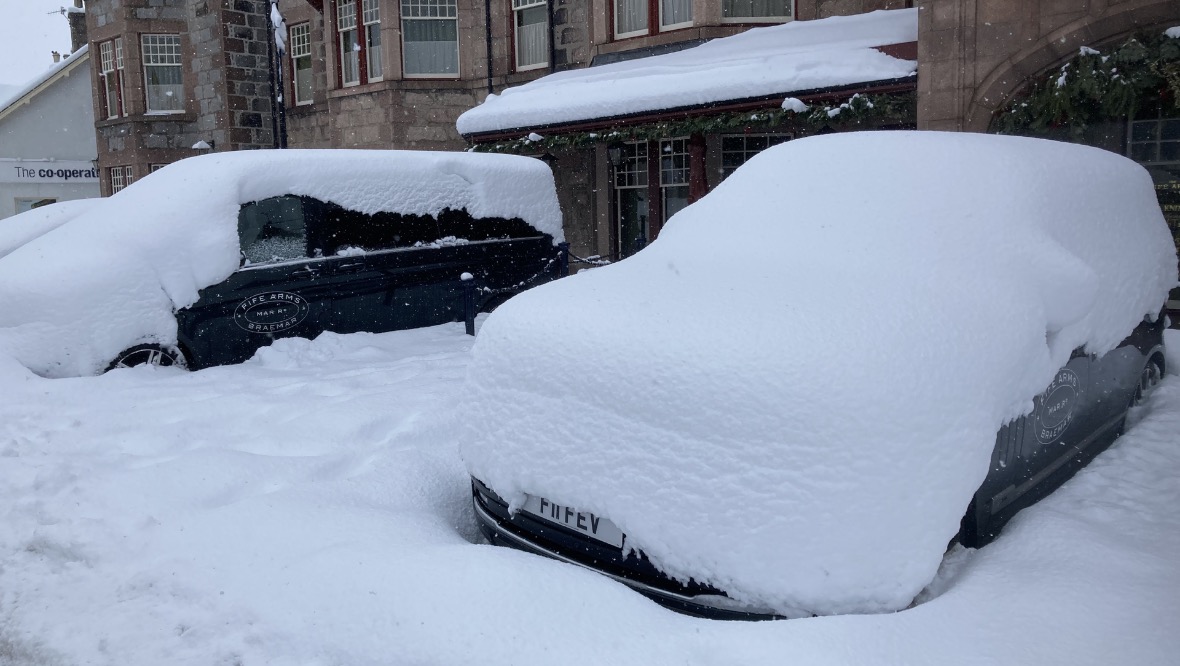 Scotland is braced for a spell of snow and ice as the country endures wintry conditions less than a week after the mildest New Year’s Day on record.

The Met Office said the spell of freezing weather will likely cause travel disruption, with some areas seeing temperatures drop to minus 4C and up to 10cm of snow.

A Met Office snow and ice weather warning has been issued from 8pm on Thursday until 12pm on Friday.

STV meteorologist Sean Batty said: “After record-breaking warm conditions for Hogmanay and New Year we’ve been on a bit of a rollercoaster with our temperatures.

“After cold air and snow in some areas on Wednesday, it was back to milder conditions on Thursday with rain and hill snow, but the cold air is set to return on Thursday night, bringing a wintry day to the west on Friday.

“Lots of showers will spread across the Northern Isles, Highlands, Argyll, Stirlingshire, Ayrshire and areas around Glasgow during Thursday night, with these turning increasingly to sleet and snow through the evening and night.

“By Friday morning, there could be a covering to low levels away from the coast, and several centimetres at higher levels.

“The usual higher spots, such as Strathaven, East Kilbride, Tyndrum and the A82 road near Glencoe Mountain Resort could see 5-10cm of snow, which will lead to tricky travelling conditions during snow showers. Ice will be an additional hazard.”

Frequent wintry showers arriving from the west during Thursday evening and overnight are likely to lead to a fresh covering of snow for areas above 200 metres – mainly around 2-5cm but possibly as much as 10cm on higher ground.

This will mainly affect the Highlands and the west coast of Scotland down through central areas to Glasgow, with some snowy showers reaching the Lothians, south-west Scotland, the Borders and into northern England and the west of Ireland.

On lower ground, forecasters have warned snowfall could cause temporary slushy conditions which then may freeze and cause dangerous, icy patches where skies remain clear for long enough.

Sean added: “The showers will ease on Friday night with milder air returning on Saturday morning along with more wind and rain, but like Thursday’s rain this will fall as snow for a time on higher ground before the freezing level rises.

“While the jet stream continues to stay close to the UK we will continue to see these quick rises and falls in temperature, which means it also stays very changeable for the foreseeable with spells of rain interspersed by colder days with snow and ice.”

The Met Office confirmed temperatures reached 15.9C at Achnagart in Glenshiel, Kyle, on Saturday morning. This broke the previous peak of 14.5C, which was registered at Inverurie, Aberdeenshire, in 1992.