Adam and Jessie-Lou receive glowing review of their viral performance of 'Ain't No Mountain High Enough'. 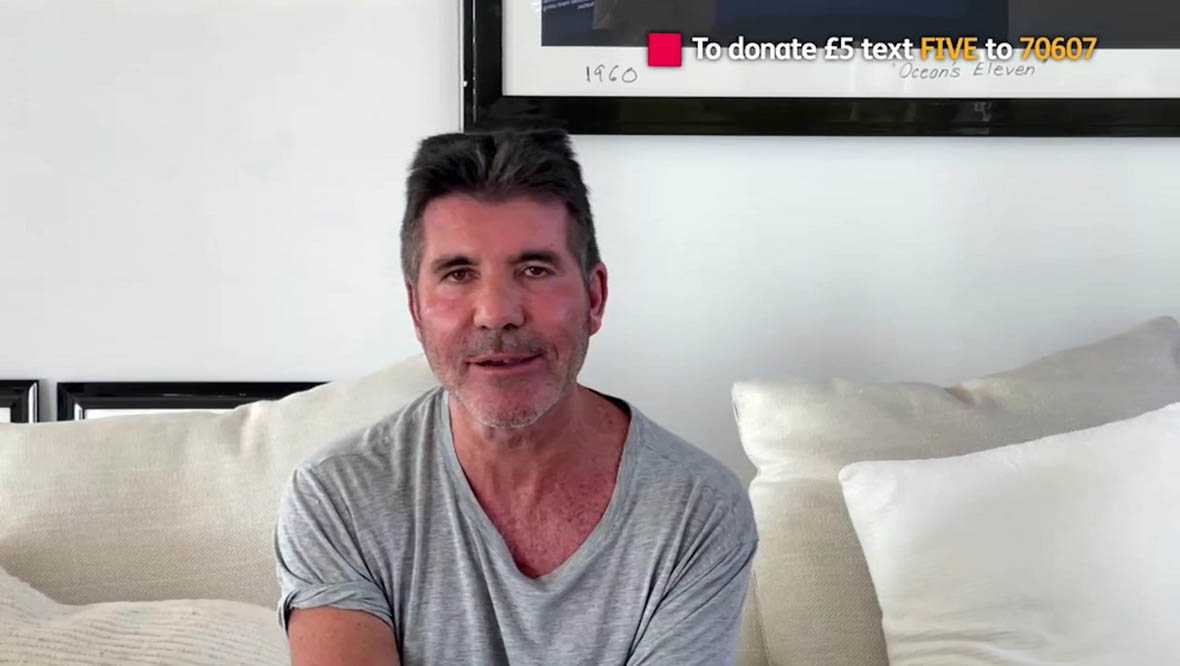 Two young Glasgow buskers’ dreams are set to come true on STV on Friday night, as none other than pop supremo Simon Cowell surprises them with a special video message and glowing review of their viral performances.

Twelve-year-old Adam and his friend Jessie-Lou, 10, took the Internet by storm earlier this year when their impressive duet of Marvin Gaye and Tammi Terrell’s 1967 hit ‘Ain’t No Mountain High Enough’ – performed on Buchanan Street to raise money for the STV Children’s Appeal – racked up more than two million views and 80,000 ‘likes’ on the BuskersofGlasgow Facebook page.

In tonight’s STV Children Appeal 2021 telefundraiser, viewers will see the gobsmacked singing duo not only receiving high praise from the Britain’s Got Talent judge – but also a promise to double the amount of money they’ve already raised for the Appeal this year.

Simon, 62 – whose new singing competition Walk the Line is set to air on STV later this year – tells Adam and Jessie-Lou: “I’ve just seen the video of you two singing ‘Ain’t No Mountain High Enough’. It’s one of my favourite songs of all time and I think the two of you are brilliant.

“I’ve heard you’ve raised £800, which is amazing, and because you’re so amazing, I’m going to double what you’ve already made.

“Hopefully off the back of this you can make some more money. Keep singing, and please audition for me on our show – we need people like you.”

Jessie-Lou said: “Singing makes me feel really happy. It was so fun to do this because it built up my confidence, and it’s giving to charity so that made me even more happy.

“To everyone who donated, I would say thank you so much.”

Adam and Jessie-Lou have been busking across Scotland this year, with all proceeds from their performances being donated to the STV Children’s Appeal. #

Their inspiring fundraising story is one of many being told in tonight’s programme, hosted by Lorraine Kelly, which will put the spotlight on the community heroes up and down the country who have raised thousands for the Appeal in its tenth year.

The show will be hosted at Kilmarnock-based performing arts academy CentreStage – a charity with a close, enduring relationship with the Appeal – and will also feature a special edition of Celebrity Catchphrase with BBC Radio 1’s Jordan North.

Lorraine Kelly said: “This year’s STV Children’s Appeal show is going to be extra special, as we’re broadcasting direct from one of the amazing charities that the Appeal has supported over the last 10 years.

“Being in the heart of a community that really benefits from the unwavering generosity of the Scottish people year-after-year makes the show even more authentic, and reminds us all why the work of the Appeal to tackle child poverty continues to be so important 10 years on.”