Should the school starting age in Scotland be raised to six?

SNP members backed a motion that would create a kindergarten system for three to six-year-olds. 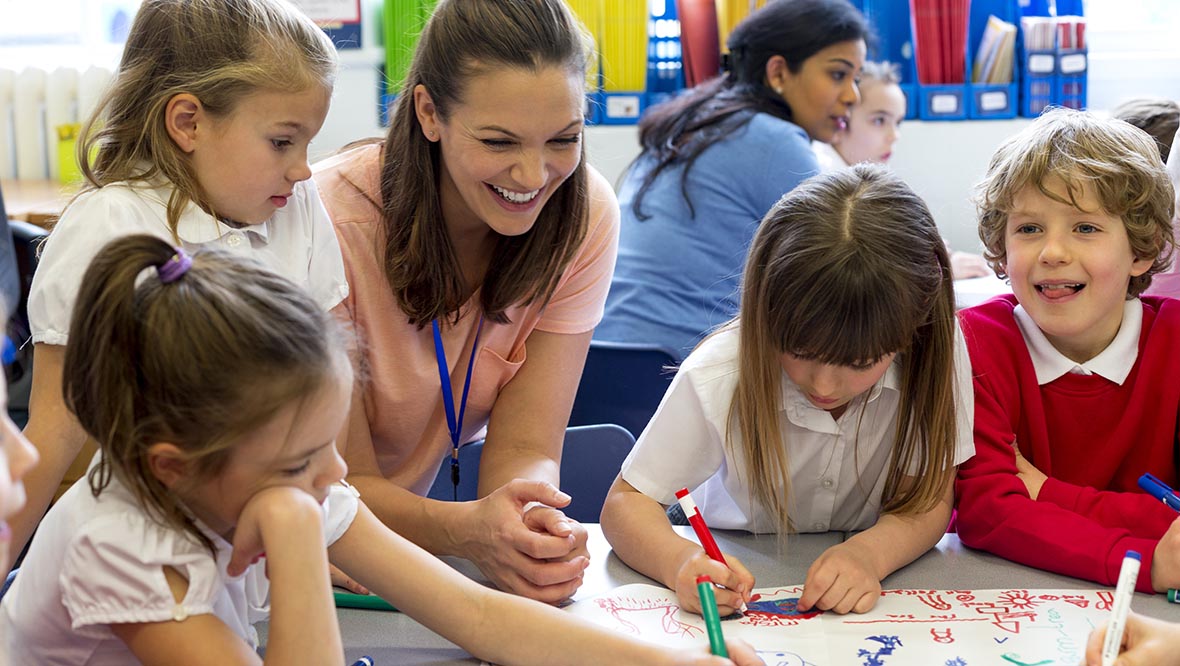 The plans, which will not necessarily become Scottish Government policy, would also create a kindergarten system in Scotland for three to six-year-olds.

STV News looks at the arguments for and against the proposals.

When do children currently start school?

Children usually start school at age four or five, depending on their date of birth.

If their birthday is between March 1 and August 31, they will start at the beginning of the August term in the year they turn five.

If their birthday is between September 1 and February 28/29, they will start in the August before they turn five.

Funded early learning and childcare places are available to all children aged three to four, with some funded places available for two-year-olds if certain criteria is met.

What changes are being proposed?

The changes would mean all children start school in Scotland at age six.

SNP members backed a motion that would see a kindergarten stage for three to six-year-olds, which would amount to increasing early years education by 12 months.

This would be followed by six years of primary education.

The kindergarten stage would effectively replace primary one and consist of play-led childcare.

Who brought forward the motion?

Proposed by the party’s policy development convener Toni Giugliano, the motion calls on the Scottish Government to introduce a “statutory play-based kindergarten stage for three to six-year-olds”.

Giugliano said the Scottish Government had made progress on education, but he added: “Let’s be clear – what we’re proposing here, we’re not doing already.

“We’re clearly saying we want a kindergarten stage for three to six-year-olds that is universal and funded, that’s not the same as what we’re doing now.”

Giugliano went on the say that teachers were under pressure to teach “reading, writing and reckoning” due to assessments in the early stages of primary school, putting “pressure” on children.

“I’m really urging you to take the opportunity,” he said.

“To parents, the teachers and the children that are watching this debate unfold right now, what is the message from this conference hall we want to send them? That we’ve got their back or that we’re sticking to a system that is no longer fit for purpose? That’s our choice.”

Reasons to start at six

Twinkl, the international online educational publishing house, has conducted research that found some recurring arguments for and against a higher school starting age.

It found the following arguments in favour of increasing the starting age to six:

Twinkl listed the following as common arguments for keeping the current system in place:

The proposal backed at the SNP conference is for a system that is similar to early years education in Nordic countries.

Upstart Scotland, an organisation which has campaigned to raise the school starting age for years, has pointed out the three most successful western nations in an education review published by the Organisation for Economic Cooperation and Development in 2015 were Finland, Estonia and Switzerland, all of which have a play-based kindergarten stage for three to seven-year-olds.

Suzanne Zeedyk, a developmental psychologist and research scientist, welcomed the SNP motion and said a mindset change was required in Scotland.

Ms Zeedyk, an honorary fellow at the University of Dundee, told STV News: “I am delighted as the party has taken a wise and brave decision that won’t just affect today’s children – but the children of the future Scottish population.

“The experiences of childhood have a biological impact that people carry through their whole life, and in particular our stress systems.

“Starting formal school at the age of four is biologically stressful. It’s not a good idea. Some kids will handle it fine, but many will not.

“It is not biologically good for all children – more play and more flexibility will help with that.”

Zeedyk also said the move would bring Scotland closer to educational systems adopted internationally, including by many countries across Europe.

“Our children start school earlier than the rest of the world,” she said. “Why? Because that is what we have always done, we built a system through the Education Act way back in the 1800s. But we have learnt some things since then about what children need.

“For example, they need more play and flexibility outside before starting formal schooling. One reason people are anxious about change is it’s a shock to hear that what we do in our normal system is harmful to children.

“We have to be brave and introduce a kindergarten stage. We have to understand how fragile a child’s development is in those early years.

“People are doubtful that play-based education is valuable, but that’s not what the science says. Another couple of years before starting formal school makes such a difference.

“What is needed overall is a mindset change rather than a change in how the education system functions.”

What is the teaching union’s view?

Andrea Bradley, the general secretary of the Educational Institute of Scotland (EIS), said care should be exercised if the motion is to be implemented by the Scottish Government.

She said: “There is a significant amount of international evidence which suggests that early education should be fully play-based and the EIS is supportive of such an approach.

“What we must guard against, however, is the risk that teachers will be further sidelined from early education, as part of a cuts agenda.

“We have a three-18 curriculum in Scotland. Just as it would be unacceptable for seven or ten or 16-year-olds not to be taught by qualified teachers, it should not be acceptable that thousands of three to five-year-olds rarely come into contact with a teacher under the current provision which only offers our youngest learners undefined ‘access to a teacher’.

“The extent to which our early learners do have meaningful access to a teacher is a postcode lottery. What we need to see in Scotland is the introduction of a guaranteed statutory minimum access to a teacher for each child and the requisite restoration of teacher numbers in early years settings to enable this.

“The EIS will resist any reframing of the primary one experience which threatens to further erode the role of teachers in the provision of early education.”

Cosla, the organisation that represents local authorities in Scotland, said it had not been approached by the Scottish Government on the issue of raising the school starting age.

​The provision of education in Scotland is the responsibility of 32 local authorities, who are under a statutory duty to ensure that there is adequate and efficient provision of school education in their area.

A Cosla spokesperson said: “There are likely curricular, regulatory, capacity and funding implications, however these have not been calculated by Cosla as raising the school starting age to six is not something the Scottish Government nor local government have considered.

“Cosla and the Scottish Government have co-convened a national discussion on the future of our education system and will reflect on the ‘calls to action’ it delivers.”