Sex workers told STV News they have put themselves in risky situations after their incomes were hit by coronavirus. 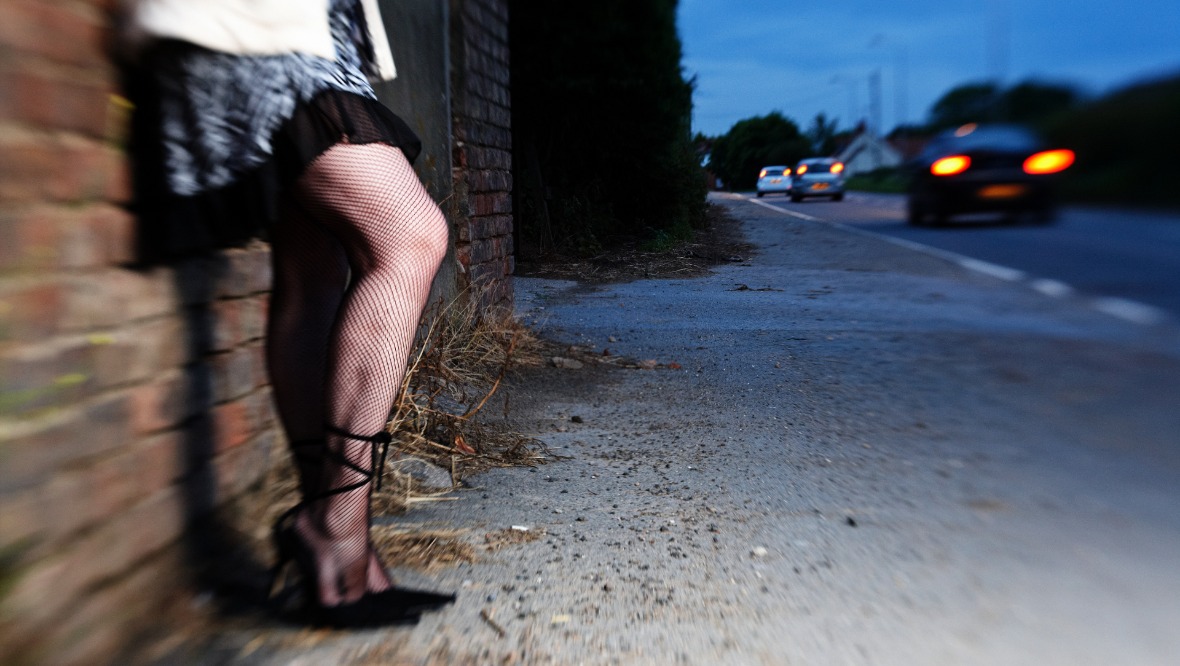 Mum-of-four Lydia has been a sex worker for eight years.

She says she enjoys the job as it offers her flexibility that she didn’t have in previous nine to five roles.

Lydia, whose name we’ve changed to protect her identity, had been accustomed to earning up to £1000 a week.

But when lockdown hit, her income took a nosedive.

That led her to take risks that she would usually avoid – something she’s still shaken up about.

“I took a booking which put me in a really dangerous situation”, she told STV News.

“It’s not a booking I would normally have taken, but because of Covid and things being closed, you kind of just do what you can to bring money in.

“I wanted to leave – I was locked in the car, and grabbed by the throat.”

Lucy, who also asked to be anonymous, was in the sex industry for around five years but moved on last year to pursue other work.

She first starting selling sex as her university degree was coming to an end.

“I was kind of neutral on it,” she told STV. “I enjoyed certain aspects of it, things that I enjoyed about it I didn’t enjoy about retail work. There were pros and cons to the job as there are with any job.”

Lucy believes extreme stereotypes fuel the stigma around sex work and make it harder for women to speak out.

She said: “I think people either want sex workers to be empowered and loving their jobs, or they want them to be downtrodden and in need of rescue – the reality is people are just trying to make a living.”

At the moment, the laws around sex work are nuanced.

While the exchange of money for sexual services is legal, activities around it – like operating a brothel or soliciting for the purchase or sale of sex – are not.

The Scottish Government is consulting on how it can “challenge men’s demand for prostitution”, reduce harms and help women to exit.

Its “Equally Safe” paper says prostitution is a form of exploitation, classed as gendered violence.

It asks nine questions about the government’s current approach and the impact of coronavirus, and whether Scotland can learn from international initiatives.

That’s sparking fresh debate about any potential change to the law.

In particular, campaigners are raising concerns about any consideration of the so-called Nordic Model, which criminalises the purchase of sex.

Community minister Ash Denham MSP, who is leading the consultation, insists it “does not commit us to a course of action”.

She said: “That’s the approach they’ve taken in Sweden, in France, in Ireland and Northern Ireland – so lots of countries have taken that approach. Clearly in Scotland we’re going to look at examples of best practice.

“Often there’s a missing voice. Quite often we hear from people who want to talk about it as being an empowering career choice – I don’t necessarily take that view.

“It’s harmful to those who are involved in it, and it’s not generally a choice that’s freely made.

“And I think it’s time to talk about that.”

She’s urging the Scottish Government to look at other countries, such as New Zealand and New South Wales in Australia, where sex work is completely decriminalised.

Dr Ryan told STV News: “The [Nordic Model] would have exact same effect as the coronavirus did on sex workers – poverty, a reduction in women’s safety, a reduction in the ability to bargain with clients and to negotiate prices – it really did push the industry underground.”

Lucy and Lydia say the voices of those in the industry should be at the heart of the consultation.

“But there are so many different umbrellas to that – not all women are in it because they’re exploited into it.

“Don’t tar everyone with the same brush – we come from all walks of life.”