First Minister Nicola Sturgeon has announced the results of the latest lockdown review. 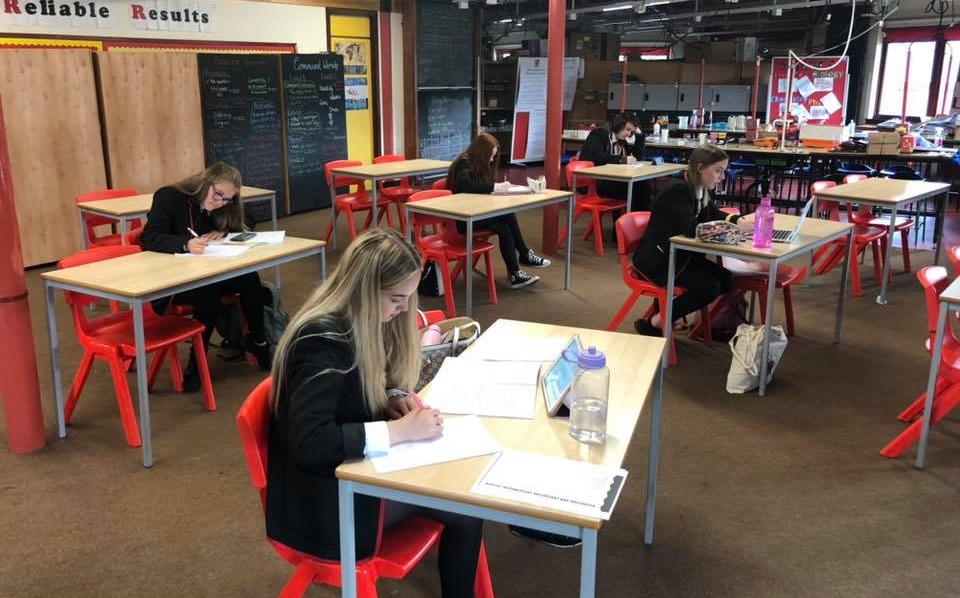 ‘Virtually all’ secondary school pupils will return to class full-time after the Easter holidays.

Only those who are shielding will have to wait longer until they can resume face-to-face lessons.

The latest easing of lockdown restrictions means most pupils will soon be back at school – nearly four months after they shut down at Christmas as Covid-19 case numbers soared.

Shielding children, however, are being asked to remain at home until April 26.

Scotland’s primary pupils returned to class full-time in stages during February and March, while most high-school students were seeing teachers in-person on a part-time basis.

First Minister Nicola Sturgeon announced the results of the latest lockdown review on Tuesday – 24 hours after hairdressers and garden centres were allowed to reopen.

The ‘stay at home’ law banning non-essential activities was also lifted last week, with people now instead being urged to ‘stay local’.

A “significant reopening of the economy and society” remains scheduled for April 26, when restrictions are due to be eased on shops, pubs and restaurants.

An announcement confirming the rules relaxation is due to take place on April 20, however Sturgeon warned – amid falling case numbers and a successful vaccine rollout – that while “Covid is down, it is not out”.

She said: “It is a virus that is very much still with us. Here in Scotland we are still seeing hundreds of people every day testing positive for it.”

No coronavirus-related deaths were recorded in Scotland over the past 24 hours, however registration offices were closed on Easter Monday.

A total of 259 new positive cases have been detected, while 196 people are currently being treated in hospital.

Scottish Labour welcomed the return to school for older pupils, but urged the government to vaccinate teachers.

Leader Anas Sarwar said: “I welcome this, and I think there will be a sense of relief for parents across the country.

“I know that when I look at my own children’s eyes I see the impact of this lockdown on them, particularly their mental health and wellbeing.

“We want children back to school but we want to make sure we do it in as safe a way as possible.

“We also have to think about the workforce in our classrooms and that is why again I would say, now we have a ramping up of the vaccine supply, we should be looking at rolling out those vaccine for teachers to give them a sense of confidence, and to pupils and parents as well.”

The Scottish Conservatives want the country’s exit from lockdown to be speeded up.

Party leader Douglas Ross said: “You just have to look at those in hospital at the start of March compared to the start of April.

“So all the public health evidence here in Scotland is encouraging and I believe allows us to cautiously start to reopen Scotland quicker than has previously been outlined.”

Organiser Jo Bisset said: “Parents and pupils will be relieved at the full resumption of school – but politicians from all parties need to commit that this shocking catalogue of decision-making will never be repeated.

“Children have suffered more than anyone in the last year, and the failure to keep schools open throughout is one of the main reasons for that.”