Thousands of workers walked out again on Thursday in a dispute over pay and conditions. 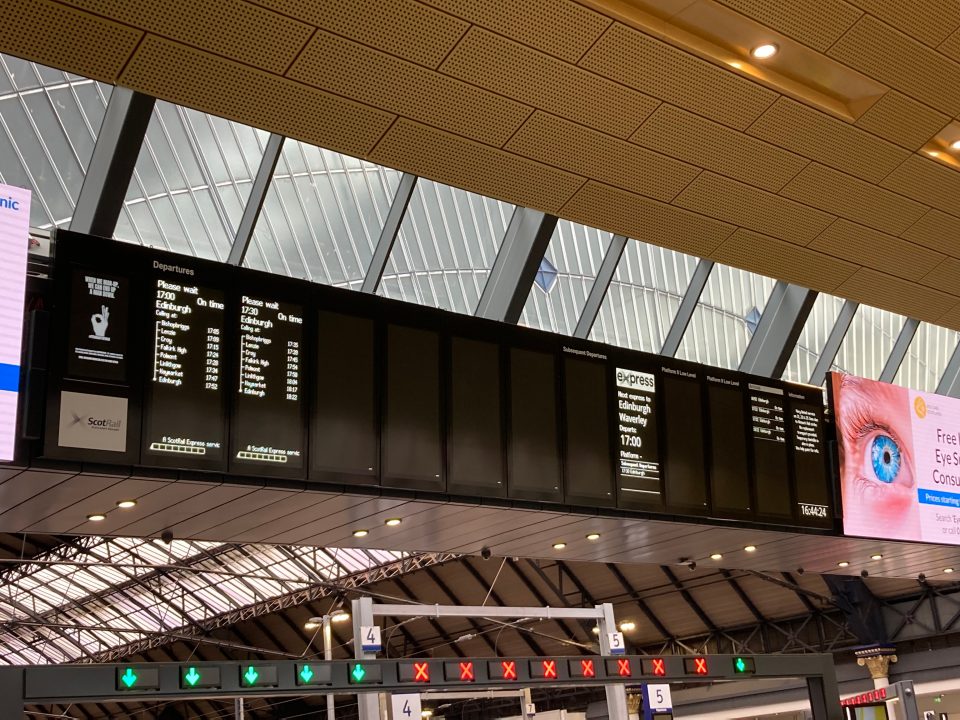 A second 24-hour rail strike in the space of three days has started in a dispute over pay, conditions and redundancies.

Workers represented by the RMT union walked out after the latest round of talks with Network Rail broke down on Wednesday.

About 40,000 staff are involved in the industrial action, forcing the cancellation of around 90% of Scottish services.

ScotRail said the staggered reopening of signal boxes caused further disruption in parts of the country on Wednesday following the initial strike action on Tuesday.

A further walk out is still planned for Saturday after the UK government’s transport secretary was accused of “wrecking” negotiations to break the deadlock.

RMT general secretary Mick Lynch said: “Grant Shapps has wrecked these negotiations by not allowing Network Rail to withdraw their letter threatening redundancy for 2,900 of our members.

“Until the Government unshackle Network Rail and the train operating companies, it is not going to be possible for a negotiated settlement to be agreed.

“We will continue with our industrial campaign until we get a negotiated settlement that delivers job security and a pay rise for our members that deals with the escalating cost-of-living crisis.”

Services on the few remaining active routes in Scotland terminate before 6pm on days affected by strike action.

Trains are only running from 7:30am each morning, while cross-border services have been badly affected or cancelled completely.