Network Rail workers across Scotland first walked out on Tuesday as part of an ongoing dispute. 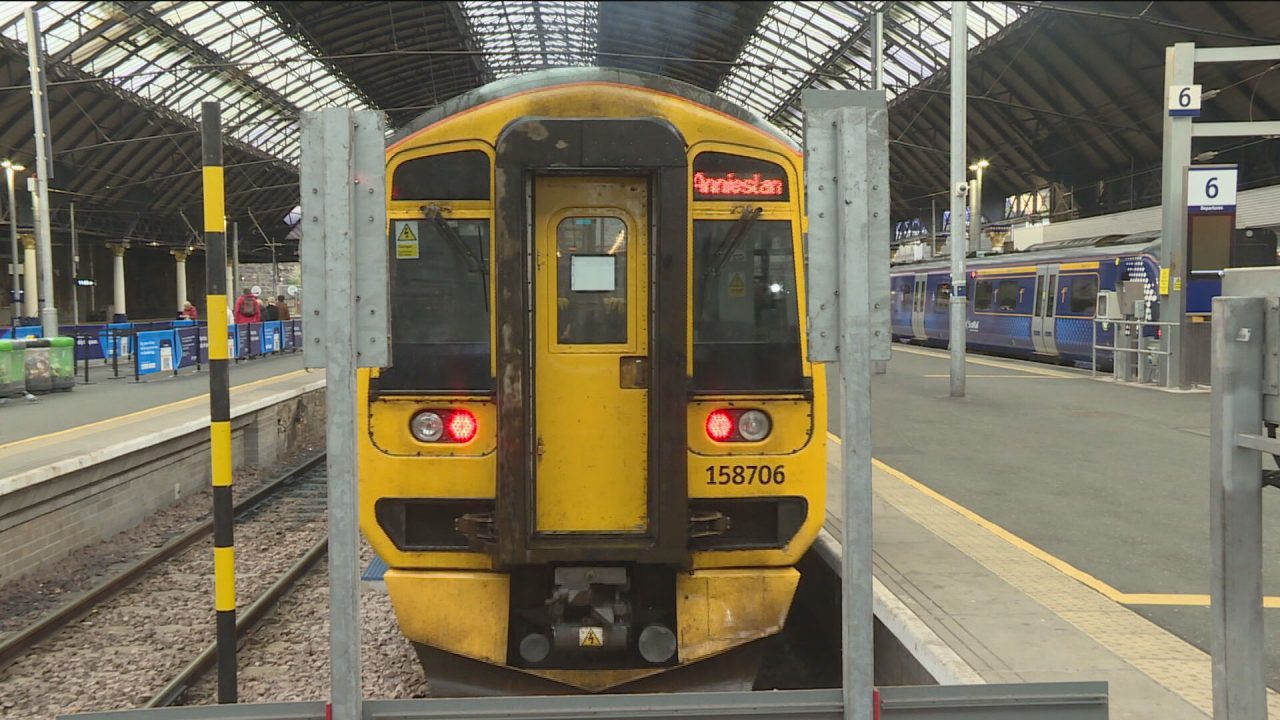 ScotRail services are set to be severely disrupted on Wednesday as railway workers walk out for a second day of strikes this week.

Network Rail workers across Scotland first walked out on Tuesday as part of an ongoing dispute over pay and work conditions.

Signal workers, guards, customer service and station workers are among those who downed tools on Tuesday and will do so again on Wednesday, Thursday, Saturday and Sunday this week.

Meanwhile, services between Scotland and England on Avanti West Coast are also disrupted due to a landslip at Carstairs, with the line expected to reopen by January 6.

Therefore, while the pay dispute itself does not involve ScotRail staff, industrial action will have a major impact on the operator’s ability to run services.

Twelve routes across the Central belt and Fife will operate on a reduced timetable, and only between 7.30am and 6.30pm.

“It’s really disappointing to see more widespread disruption across the whole Great Britain rail network as a result of the dispute between Network Rail and the RMT at a time when we need to be encouraging more people back to the railway,” said David Simpson, ScotRail service delivery director.

“For ScotRail, it’s going to mean that we won’t be able to operate the vast majority of our services between January 3 and 7, which we know will be really frustrating for our customers.

“We’re advising customers to seek alternative means of transport and to only travel if they really need to on the days of strike action.

“Customers should check their entire journey in advance to make sure their train is running.”

The routes and frequency of service in operation on the four strike days are:

RMT general secretary Mick Lynch accused the UK Government of blocking a pay deal and has called for a settlement members can vote for.

Mr Lynch said industrial action could continue until May unless a reasonable offer was made, he told the PA news agency from a picket line at Euston Station in London.

“We want to get the railway back to normal. We want good industrial relations and we want the services to run the way they should be running,” he said.

“The companies can’t run them on non-strike days, never mind when we’re out.

“So we need to change the equation and get a settlement to the dispute as quickly as possible, and that will mean the public can rely on the railway and get the services they need.”

A Department for Transport spokesman said: “Passengers have rightly had enough of rail strikes and want the disruption to end.

“The Government has demonstrated it is being reasonable and stands ready to facilitate a resolution to rail disputes. It’s time the unions came to the table and played their part as well.

“Inflation-matching pay increases for all public sector workers would cost everyone more in the long-term – worsening debt, fuelling inflation and costing every household an extra £1,000.

“Unions should step back from this strike action so we can start 2023 by ending this damaging dispute.”

Liam Sumpter, route director for Network Rail Scotland, said: “We understand the impact this strike will have and we are working hard to keep as many passengers as possible moving during the next phase of RMT industrial action.

“We remain committed to working with the RMT to find a solution to this dispute, but we also need to agree a deal that is fair on the taxpayers who fund our railway.”