How many weather records will Scotland break in 2023?

The last year has seen record-breaking heat and our coldest day in 12 years. 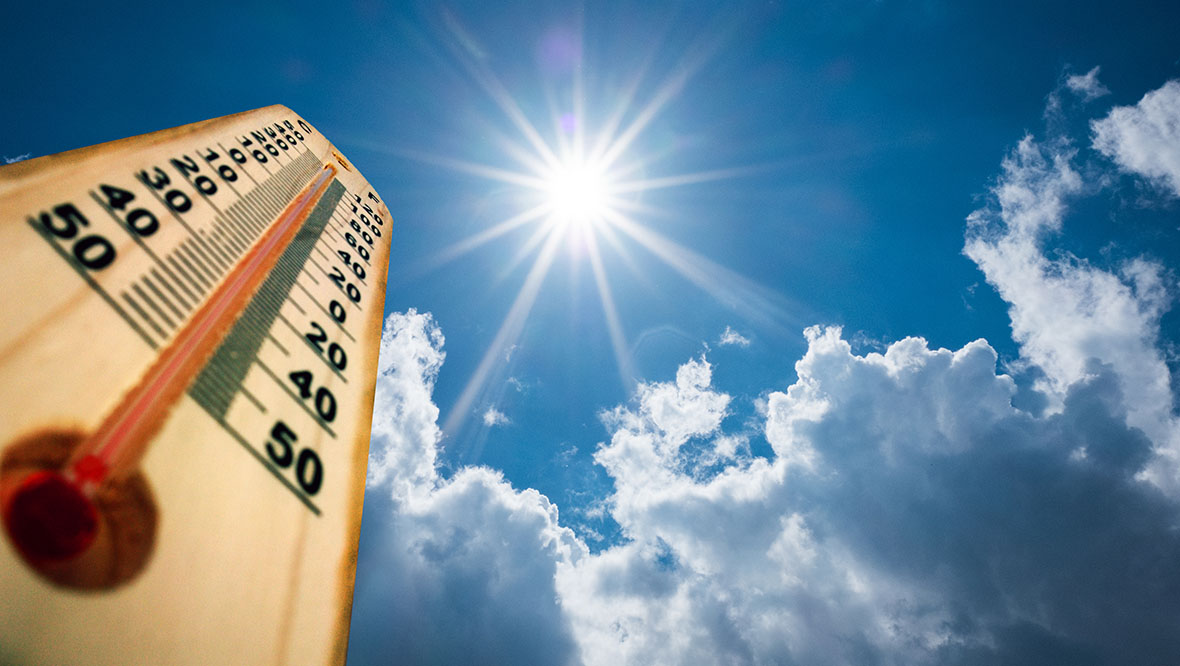 A few days into 2023 and we already have some major weather stories to reflect on at the end of this year – historic cold in the US and spring-like, record-breaking warmth sweeping Europe.

In years to come, 2022 will probably get a fairly chunky section in history books about the UK, with a platinum jubilee, the Queen’s death, a new King, three prime ministers and a record-breaking heatwave. As well as the heat, we had extreme cold in December, with Braemar recording the UK’s coldest day for 12 years.

July 19 was our hottest day of the year by quite a margin, with the top five temperatures all recorded on this day. Charterhall in the Borders took the top spot with 34.8C, followed by Eskdalemuir’s 32.3C and Grangemouth at 32.1C.

It was on the same day that the UK hit 40C for the first time, with Coningsby in eastern England achieving 40.3C, followed by Heathrow at 40.2C.

This was an absolute shocker for everyone, including those in the meteorological world. Yes, it was always thought it was only a matter of time before the UK hit 40, but I don’t think many expected it would happen so soon – ironically the summer after the COP26 climate conference came to Scotland.

As the climate continues to warm, record temperatures are more likely every summer, but would I say 2023 is going to be another record breaker? I’m going to say very unlikely for Scotland as we beat the previous record by such a big margin in 2022, although I do think we may breach the 35C mark within the next five or so years.

You may also have seen the recent news that the Met Office confirmed that 2022 was the warmest year on record for every nation of the UK, which really wasn’t a surprise as every month, apart from December, turned out to be warmer than usual.

After such a cold day, Braemar then went on to record the UK’s coldest night of the year with a low of -17.3C. Even though this is an extreme value, it was actually only the coldest night since December 11, 2021, when Braemar dropped to -23C.

What’s shocking about this swing in temperatures is that it gives us an annual range, from our highest to lowest temperature in Scotland, of 52C, and nearly 60C for the UK. Quite extraordinary stuff for an island where the range would normally be much narrower, with this more akin to continental temperature ranges.

It’s no surprise that the biggest snowfalls in 2022 occurred during the cold weather in December with the record set at Loch Glascarnoch in the north Highlands with 15cm on the morning of December 15.

The stormiest conditions of 2022 were seen in January with the top five gusts all recorded in the last three days of the month when Scotland was hit by Storm Malik and Storm Corrie. It’s unusual to have two major storms in such quick succession and Malik was one of the worst since storm naming began in 2015.

As is normally the case, it was the Western Isles which recorded the strongest winds with a gust of 92mph in Stornoway on January 30, but unusually Inverbervie took second place with a gust of 91mph on the same day as Storm Corrie swept down the North Sea. These were the strongest winds on record for Inverbervie. The winds during this spell were particularly ferocious over our mountains, with the Cairngorm summit recording gusts in excess of 100mph for nearly 24 hours.

Last but not least, our old friend rain… After a year of some big extremes, to put the tin lid on it, we had flooding in the last few days of the year with the worst across central and southern Scotland, with Dumfries particularly bad as the River Nith burst its banks.

Even though this was a rubbish end to the year, the wettest conditions occurred during early October and mid-November with some spots of Aberdeenshire seeing a month’s worth of rain over just a few days in November. Tarland in Aberdeenshire recorded 129mm of rain on the 17 November, closely followed by Charr near the Bridge of Dye recording 100mm on the same day.

The wettest day of 2022 goes to Alltdearg House in Skye, which sits on the edge of the hills between Broadford and Portree and recorded 183mm of rain on October 3.

But that’s the wettest day covered, but who takes overall wettest place and driest spot for the year? Well, by far the wettest place was Tyndrum, with a whopping 2,686mm of rain for the year. If we were to presume the same amounts of rain fell across the whole village and collected that up, we’d be able to fill just over 200 Olympic swimming pools.

The driest place to be in 2022 was Cawdor Castle, south of Nairn, where just 335mm of rain fell. The Borders and East Lothian were also some of the driest spots, although this is normal. The nearest station to Glasgow is Bishopton, in Renfrewshire, which made it into the top 20 wettest locations with 1,356mm of rain, although this is almost spot on what we’d expect for a whole year.

So, 2022 was an exceptional year, with the main takeaway being the record summer heat and, as we look ahead to 2023, it’s not a case of will we break any records, it’s how many will be broken…