Jac the dog sniffs out faults in Scotland's power network 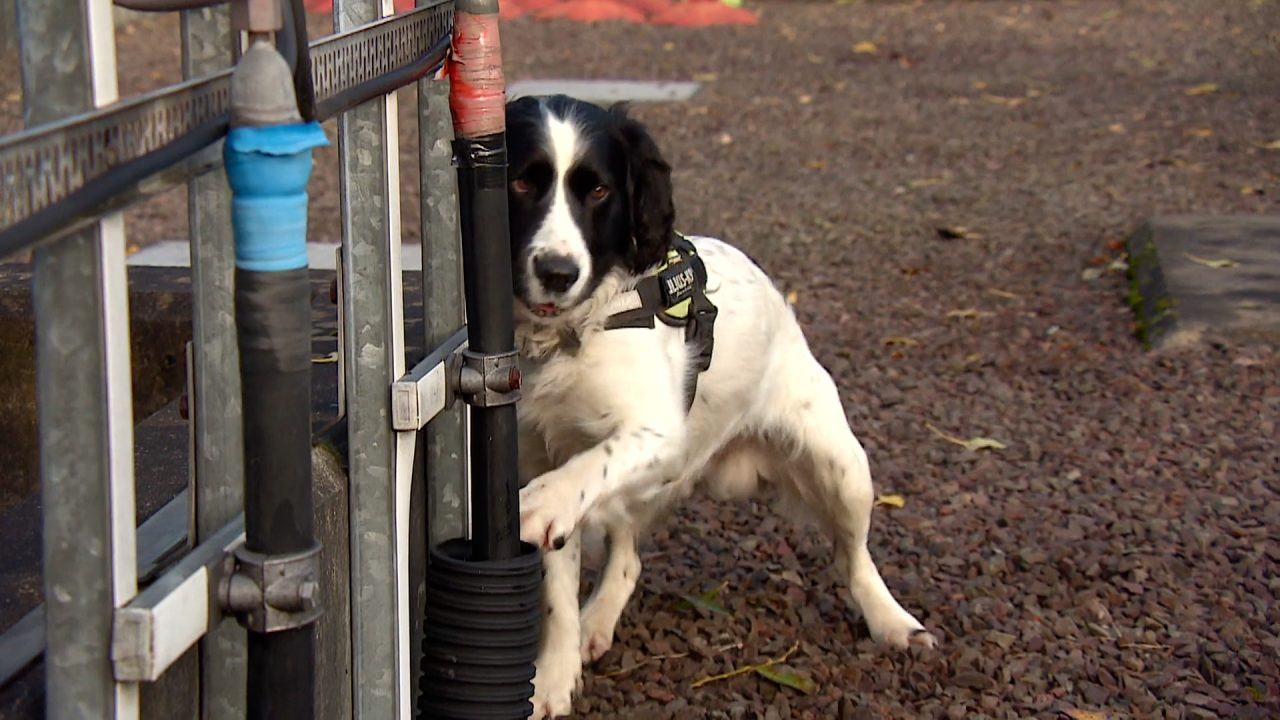 A dog has been tasked with sniffing out faults in Scotland’s power network this winter.

The springer spaniel has a 100% success rate at identifying oil and hydrocarbon gases through earth and tarmac, saving engineers from digging unnecessary holes.

Jac can find faults two metres deep from as little as a couple of drops of oil.

Scott Mathieson, network planning and regulation director at SP Energy Networks (Spen), said the new recruit would help to “keep the lights on” this winter.

He said: “We’re used to using laser technology and flying the network with drones, but Jac adds to our armoury significantly.

“Jac is a springer spaniel whose sense of smell is thousands of times more effective than a human being, and he can detect exactly where the cables have a weakness in them.

“The benefit of that is that we can repair the cable actually before it fails and improve customer experiences.”

The ongoing pilot project is one of a number of measures Spen said it was taking to prepare for winter weather.

The network operator already expects to see fewer faults thanks to an innovative system that can spot potential problems before they happen.

A new support room is using monitoring technology to provide real-time information on supplies, in what Spen said was a UK first.

It helps engineers find exact locations where repairs are required, sometimes before power drops and customers are even aware of an issue.

Meanwhile, inspections of the poles and wires that transport electricity around the country continue all year round.

SP Energy Networks is responsible for 65,000 miles of network and 30,000 substations.

The normally storm-resilient network was severely damaged in places when Storm Arwen brought winds of over 110mph in places last November.

Mr Mathieson said: “In general, we’ve have seen around 25% fewer faults caused by winter weather than a decade ago, which is down to the investment in making the network more resilient.

“Storm Arwen was unlike anything we have seen in recent memory with wind speeds last measured as high in the 1950s. However, it’s a stark reminder of the impact extreme weather can have and the unplanned outages that can result.

“When weather-related power cuts happen, we will work around the clock to get supplies back on but we always encourage our customers to be prepared just in case.”