Transport secretary says Scottish Government 'reluctantly concluded' that alignment with the UK is 'the best option'. 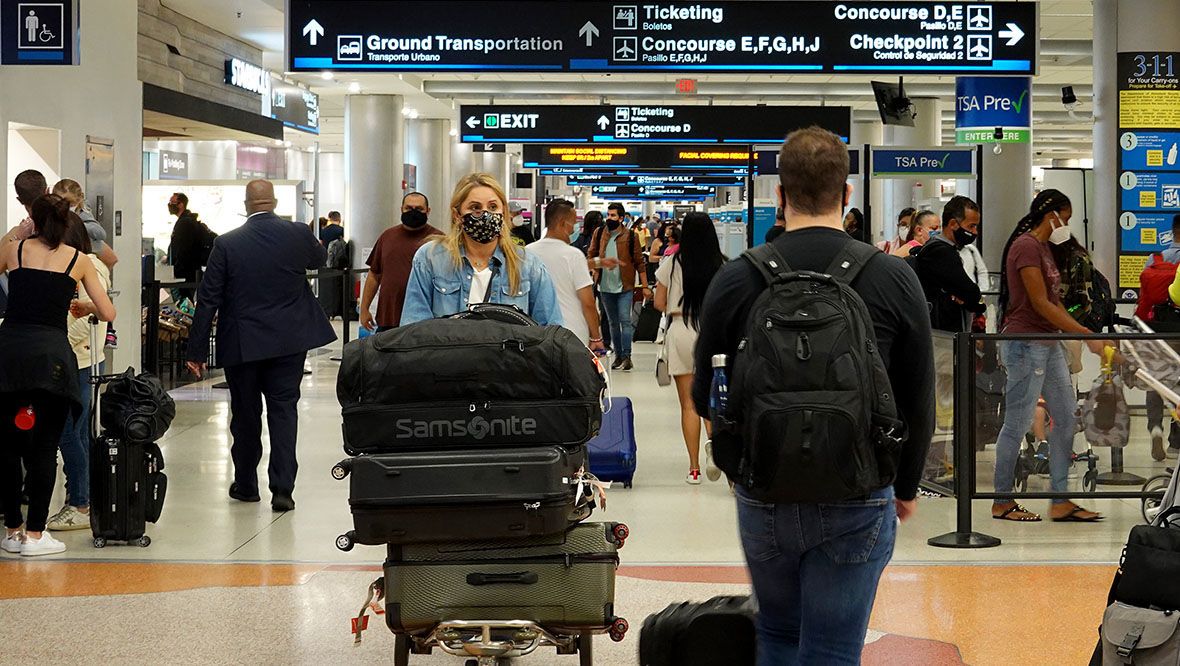 The Scottish Government has U-turned over its testing regime for international travellers.

Transport secretary Michael Matheson announced on Friday that Scotland will now align with the UK Government in easing testing for people arriving from overseas.

It comes just a week after the Scottish Government decided not to follow its UK counterparts in dropping the need for a pre-departure negative test and allowing vaccinated travellers to replace the day two PCR test with a cheaper lateral flow test.

Matheson said last week the UK Government’s proposals “could weaken our ability to protect the public health of Scotland’s communities”.

He reiterated those concerns on Friday but said the Scottish Government recognises “not having UK wide alignment causes significant practical problems and creates disadvantages for Scottish businesses”.

It means the need for pre-departure tests for fully vaccinated travellers arriving in Scotland will now be removed from the end of October.

Travellers from non-red list countries who have been fully vaccinated in a country that “meets recognised standards of certifications” will no longer be required to provide evidence of a negative test before traveling to Scotland.

Matheson said: “We have urgently considered all these implications, weighing any possible impact on the public health and the logistical realities.

“After liaising at length with stakeholders from the aviation sector to understand the impact of adopting a different approach in Scotland, we have reluctantly concluded that, for practical reasons, alignment with the UK is the best option.

“The new proposals make clear pre-departure tests will no longer be a requirement. We also intend to align with the UK post-arrival testing regime.

“The detail of that is still being developed with lateral flow tests being considered and we will engage further with the UK Government on those plans. Details will be announced at the same time as the UK.”

Scotland will also align with the UK post-arrival testing regime once the details are finalised.

He said: “While this is something we have been urging the Scottish Government to do for months, and the subsequent delay has negatively impacted the industry in Scotland and AGS as a group, it is a welcome step forward.

“By ensuring Scotland has parity with the rest of the UK, this decision is one that will deliver much-needed consumer confidence for our passengers to start travelling again and for our airline partners to look at increasing capacity at our airports.

“A number of restrictions on travel still remain in place and we are not yet back to anything like normal operations, but we will continue to engage with government to ensure the safe return on international travel continues and that we can rebuild the connectivity that plans a vital role in supporting our economy.”

Edinburgh Airport published a report on Thursday claiming the recovery of Scotland’s aviation sector is the slowest in the UK and continues to lag behind the rest of Europe.

The airport’s chief executive Gordon Dewar that was due to tighter restrictions and slower relaxations.

Dewar said on Friday: “We appreciate the Scottish Government’s moves to listen to industry this week and we understand their concerns, but we do think there must be more proportionality when it comes to balancing both the protection of public health and the importance of Scotland’s economic recovery.

“We look forward to continuing to work with the government to address concerns and ensure Scotland’s industries can restart as safely as possible.”

The Scottish Government acknowledged on Friday that if non-alignment led to travellers to Scotland choosing to route through airports elsewhere in the UK, the public health benefits of testing “would be undermined in any event”.

Scottish Conservatives shadow transport minister Graham Simpson said: “This SNP climbdown will come as a relief to businesses in Scotland’s much overlooked tourism and aviation industries.

“However, such a late U-turn means Scottish airports have missed out on any potential recovery that could have been made during the October break.

“The SNP-Green Government need to realise that this affects more than just holidaymakers and the aviation industry. Their slow decision will have had a damaging impact on jobs and businesses in Scotland.”

It was announced last week that green and amber classifications will merge from October 4 but the red list will be retained for those countries deemed to have high Covid-19 case rates or variants of concern.

UK transport secretary Grant Shapps said earlier this week, however, that no firm date has been set for the removal of PCR testing for fully vaccinated travellers.

Asked when the policy will be implemented, Shapps told the Commons Transport Select Committee that the Department of Health and Social Care is “aware” of the dates of October half-term, which is a popular period for families to go on holiday.