Scotland to provide financial aid and medical supplies to Ukraine

Supplies such as bandages and syringe pumps will be provided as Russia invades the country. 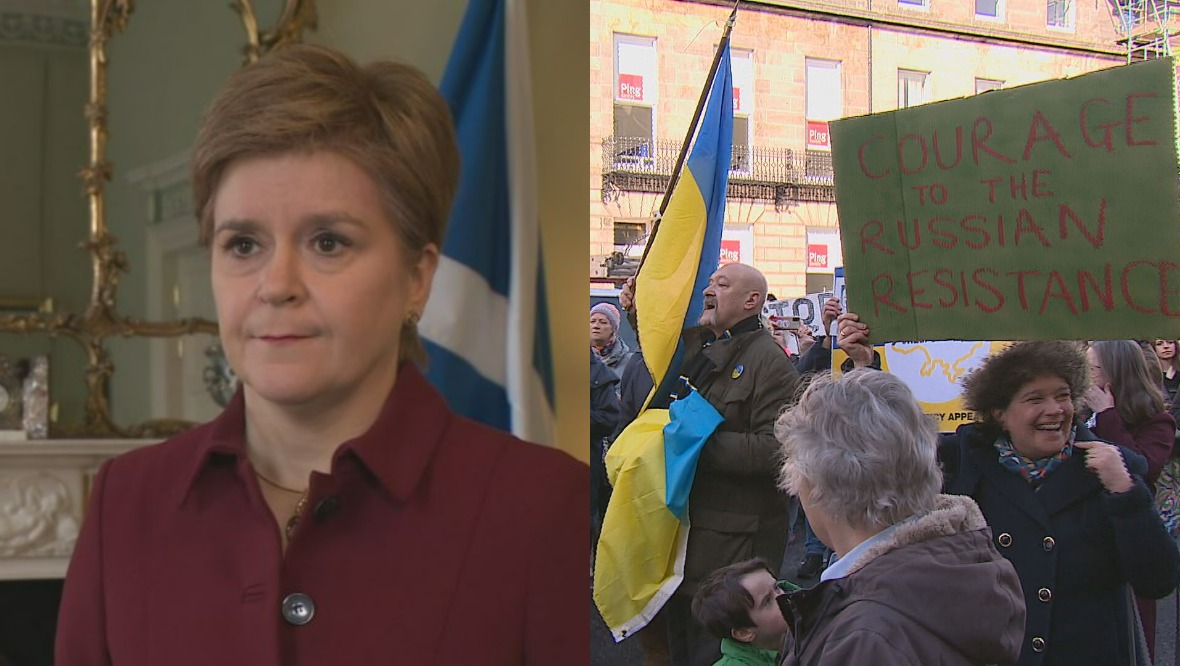 Nicola Sturgeon has insisted that “words of support are not enough”, as the Scottish Government announced it will provide financial aid and medical supplies to Ukraine.

An initial £4m will be provided to help with basic humanitarian assistance in the country following the invasion by Russia, including health, water, sanitation and shelter.

Officials are in discussions with humanitarian aid agencies to identify the best route to get the aid most quickly to those affected by the Ukraine crisis, including to those displaced by the invasion.

Medical supplies will also be provided based on a list provided by the Ukrainian Government via their Edinburgh consulate, of urgently needed medical equipment, supplies and pharmaceuticals.

It will include anaesthetic machines, syringe pumps and bandages.

Work is underway to identify what further supplies can be provided and in what quantities, as well as in what order they can be shipped to Ukraine as quickly as possible.

Scotland’s First Minister said that the Government is coordinating with other UK nations to ensure that supplies get to “where they are desperately needed as quickly as possible”.

“Scotland has given its unqualified support for Ukrainian independence, sovereignty and territorial integrity and to the people of Ukraine as they bravely resist the unprovoked and illegal aggression of the Russian regime,” said Sturgeon.

“As a responsible and compassionate global citizen we will help with an initial £4m in financial aid to provide essential help to those in desperate need.

“And we are also working with the Ukrainian government to provide medical supplies from stocks we hold.

“We are coordinating with other UK nations to ensure that these supplies get to where they are desperately needed as quickly as possible.

“There will be much more that we need to do in the days to come. But one thing is already clear. Words of support are not enough.

“Ukraine needs our active help and support now, and we will provide as much practical support as possible, starting immediately.”

Meanwhile, MSPs have called for Holyrood’s pension investments to be moved from a Russian state-owned bank.

The Scottish Greens and Liberal Democrats say that pension funds worth almost £300,000 should be divested from Russia’s largest financial institution, Sberbank.

A freedom of information request by The Ferret found that the Scottish Parliamentary Pension Scheme has holdings in Sberbank worth £299,571.

A Scottish Parliament spokeswoman said the pension funds were controlled by investment firm Baillie Gifford and expressed doubt that the parliament could choose where money was invested.