The Met Office has placed yellow weather warnings for snow and ice in certain areas across the country. 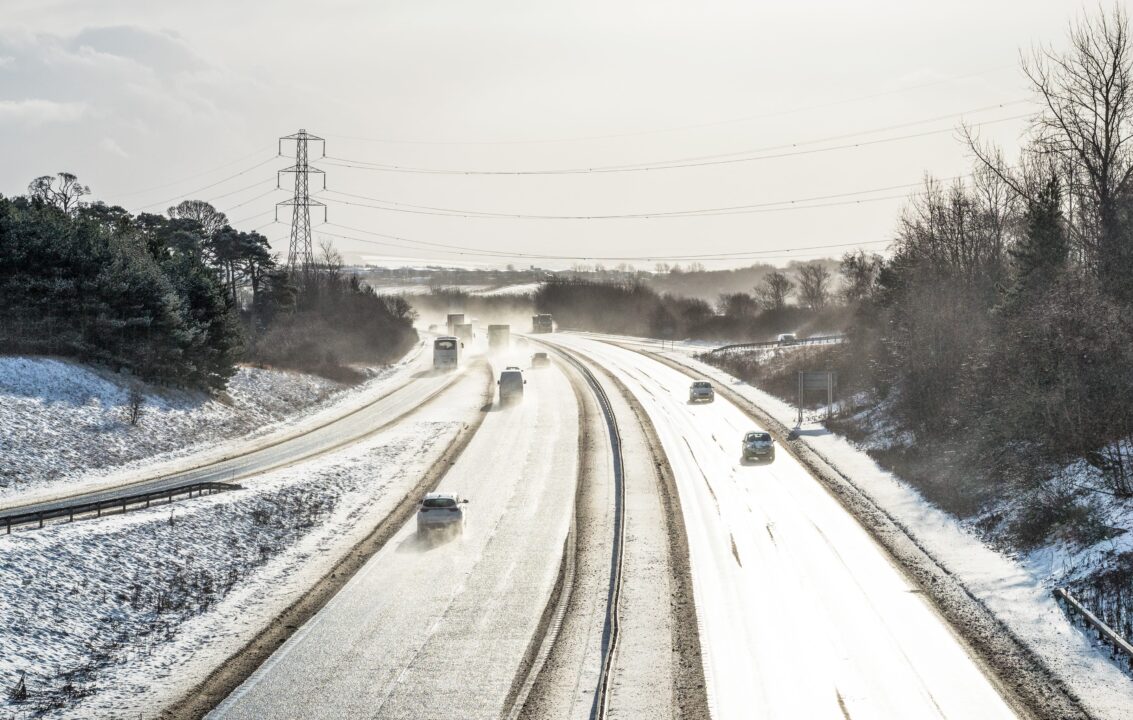 The start of winter is set to bring snow and ice with weather warnings being issued in parts of Scotland.

The Met Office has placed yellow weather warnings for snow and ice in certain areas across the country for Wednesday and Thursday.

People in Central, Tayside and Fife, Highlands and Eilean Siar, Lothian Borders, Strathclyde and south-west Scotland can expect frequent showers to turn to snow along with possible sleet and hail at the coastline.

Scots in the north west could see 2cm of snow by Thursday morning with 2-5cm above 200m and up to 10cm over some of the highest routes.

Some snow could also reach the Southern Uplands, according to the weather warning.

Some wintry scenes could see snow showers and icy stretches, which are likely to bring some travel disruption.

‘I’d say this is going to be the first ‘proper cold’ we’ve had so far this season.’

STV meteorologist Sean Batty said: “I’d say this is going to be the first ‘proper cold’ we’ve had so far this season with snow settling on high ground down to about 200m in some areas, something we’ve not experienced since spring.”

He explained after mild conditions on Tuesday night when temperatures hit 9C, the cold Arctic air will move south on Wednesday with temperatures dropping significantly through the day.

The north and west of the country will have afternoon temperatures of around 4C, and it will feel even colder in the strong wind – closer to freezing.

The strong wind will bring lots of showers to the north and west, which will turn increasingly to snow through the day on the mountains, with as much as 10-20cm falling above 500m in Argyll and the west Highlands.

It’s possible places such as Kinbrace, Lentran, Strathpeffer, Corpach, Kenmore and Strathyre will wake to lying snow on Thursday morning.

There is also a small risk that higher areas further south like East Kilbride, Cumbernauld and Uplawamoor may have some slushy snow on Thursday morning too.

During Thursday more snow will accumulate on higher ground with totals for Wednesday and Thursday up to 50cm on some of the highest mountains of the Highlands.

Thursday night will be the coldest night with temperatures falling to around -7C in the chilliest parts of the north Highlands, and widely just below freezing in the towns and cities.

Sean added: “Thermometers will tell us it’s not quite as cold on Friday, but in actual fact it’ll still feel bitter with a strong wind in the north and east and heavy rain.

“The rain will fall as snow perhaps briefly at fairly low levels when it comes in, but will turn back to rain here. Over high ground there may be another several centimetres, although the freezing level will rise through the day.

“Snow should become less of a risk in populated areas as the weekend goes on, but it will remain chilly with daytime values 5-7C, and still cold nights, especially Saturday night.

“Looking at computer models, this looks like it could be a transition to generally colder and more wintry conditions through early to mid-December.

“Longer term, this signal continues into Christmas, meaning an increased chance of snow and some very cold nights.”