Professor Jason Leitch also revealed those with fewer symptoms could soon be advised to stay at home. 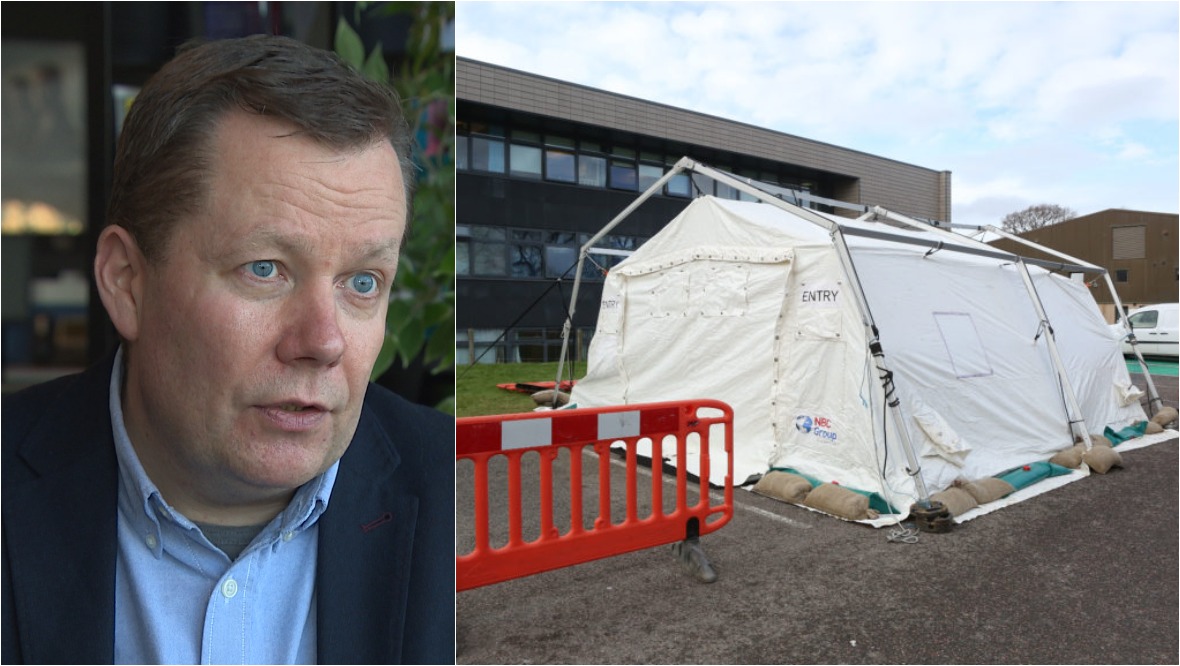 A Scottish health chief has urged people to take coronavirus seriously as he revealed those with fewer symptoms could soon be advised to stay at home.

Professor Jason Leitch, the Scottish government’s national clinical director, stressed while there is no point in scaremongering the population, he wants them to be concerned about the outbreak and work on changing their behaviours.

His comments come as the number of confirmed cases of coronavirus in Scotland increased to 27.

‘We do want the population to be concerned because we want them to change their behaviour.’

Professor Leitch told STV News: “I’ve had as much criticism on social media for scaremongering as I have for not taking it seriously enough so that would suggest maybe we’re getting the balance about right.

“There’s no point in scaring the population – what does that achieve?

“However, we do want the population to be concerned because we want them to change their behaviour.”

Speaking of an upcoming change in self-isolation guidelines Professor Leitch added:  “There is new advice coming soon  that will say those with fewer symptoms will have to start staying at home as well.

“But the advice today is just as it was – go about your business as normal, pick up your kids from school, hug your granny, go shopping and don’t buy too much soap because everybody needs some.”

‘There is new advice coming soon  that will say those with fewer symptoms will have to start staying at home as well.’

The Scottish Government’s daily update reveals four new cases since Monday, increasing the total from 23 to 27, with 2234 tests on Scots carried out.

Meanwhile, a sixth coronavirus patient in the UK died on Monday night.

The person was in their eighties and had underlying health conditions, West Hertfordshire Hospitals NHS Trust said.

Most health board areas in Scotland have now seen cases of Covid-19, although there still have not been any confirmed in Orkney, the Western Isles, Dumfries and Galloway or the Borders.

The Lothian region has had the highest number, with seven confirmed coronavirus cases, while there have been six in the Grampian area and three each in Greater Glasgow and Clyde and Lanarkshire.

There have been two cases apiece in Fife, Forth Valley and Shetland, one in Tayside and one in Ayrshire and Arran.