Staff have been left to pick up after people, which the train operator said "isn't fair on anyone". 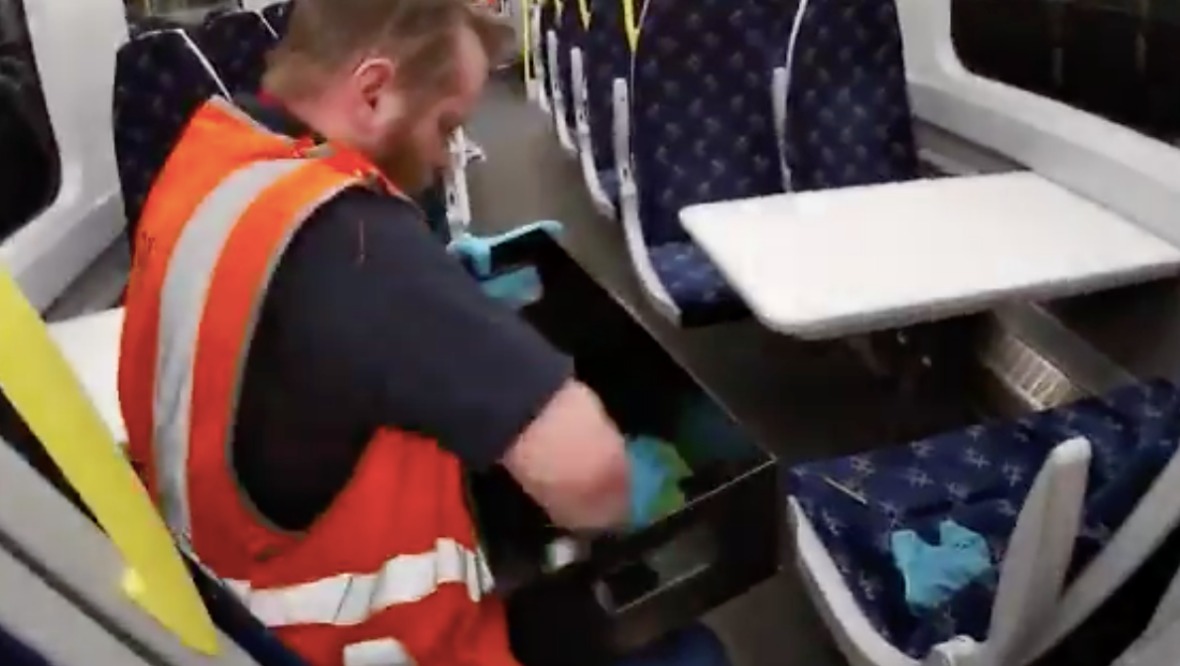 ScotRail has fired a warning to passengers after used tissues have been found on train tables and seats.

Staff have been left to pick up after people, which the train operator said “isn’t fair on anyone”.

The issue carries particular prominence with a lockdown under way in the country’s fight against the spread of coronavirus.

“Used tissues belong in the bin, don’t leave them for someone else to find and deal with,” ScotRail said.

“Catch coughs and sneezes in a tissue. Bin it immediately. Wash your hands with soap and water for 20 seconds.”

The operator continued: “We’re seeing numerous reports from crews of dirty tissues being left on tables and seats. This isn’t fair on anyone.

“Our Train Presentation teams regularly clean our bins – inside and out – so please use them.”

On Monday, ScotRail introduced its reduced timetable to focus on providing public transport for key workers and said changes were necessary because of a decline in the availability of their staff.

However, the move meant some services were overloaded with people, during a time when the Scottish Government is urging social distancing, leaving a number of passengers furious.