Scotland could set a new record temperature on Tuesday in parts of the country. 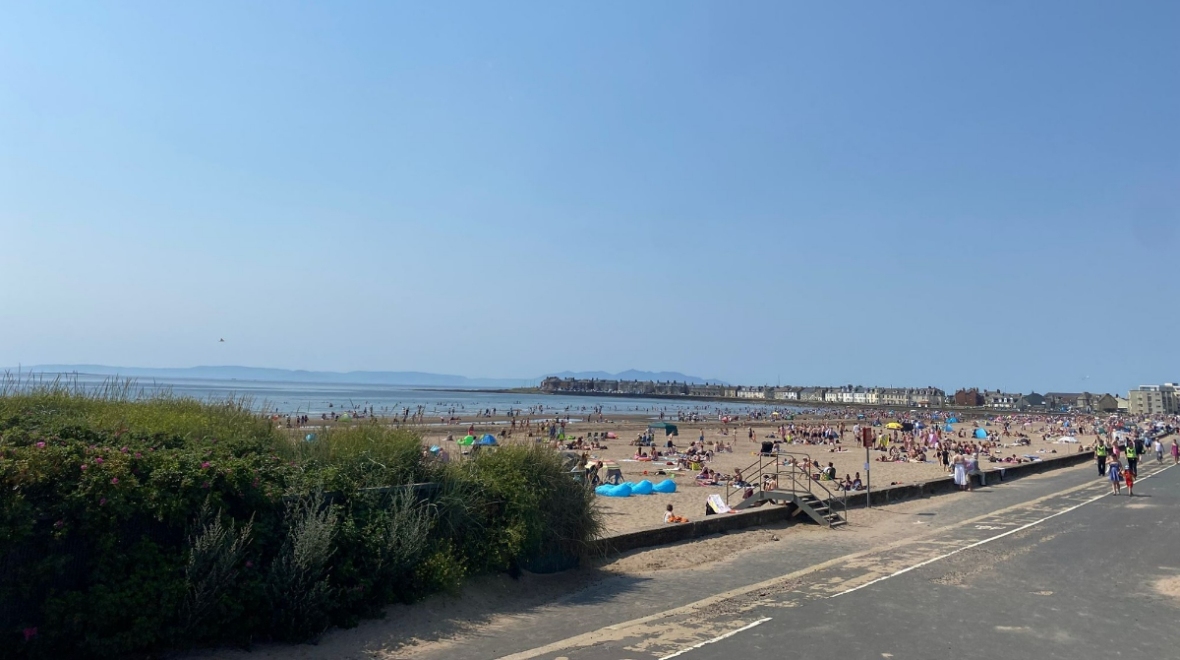 Scotland could set a new record temperature this afternoon amid an unprecedented heatwave across the country.

Several areas marked new highs as the mercury shot above 31C on a stifling start to the week, with Scots flocking to make the most of the sweltering conditions.

However, melting Monday is now set to be replaced by tropical Tuesday – with weather experts predicting records will tumble across the UK during a period of “extreme heat”.

That includes Scotland, where the peak temperature, set in August 2003 at Greycrook in the Borders, is under serious threat of being overhauled.

STV meteorologist Sean Batty said Floors Castle, near Kelso, could be the site of the new record, although several other sites in the area could also stake a claim.

An amber weather warning remains in place for much of Southern and Eastern Scotland.

Sean said: “Tuesday will be the heat peak with temperature in England possible hitting 40C, which would be a new record, and I’d say the Scottish record will go today too.

“I’m planning to head to Floors Castle on Tuesday as I think this could be the spot a new record is set for Scotland, although we may have to wait until Wednesday morning to verify.

“Temperatures in the Borders and East Lothian could be the highest we’ve ever recorded in Scotland with 33-34C possible.”

“The good news is, the heatwave disappears as quickly as it arrived with thundery rain spreading east on Wednesday pulling the temperature back to nearer normal.”

In England, temperatures could reach as high as 41C – almost 3C above the current record, while Wales may set a new high less than 24 hours after provisionally marking its hottest ever day.

Network Rail and ScotRail have both warned commuters may face disruptions, with speed restrictions likely to be in place this afternoon.

Environmental bosses have also cautioned Scots over their water use, warning to avoid long periods of saturating gardens in an effort to keep supplies high and avert droughts later in the year.

Resilience minister Keith Brown added: “We are receiving regular updates from partners including Transport Scotland, the Met Office, the NHS and emergency services and we’ll continue to closely monitor developments.

“I would urge people to think about whether they need to travel and if they do, make sure they’re properly equipped, and plan their journey in advance. Rail passengers and drivers should make sure they have water, sunscreen, hats and sunglasses and have a fully charged phone in case of any difficulties.

“Any drivers who face breakdowns should seek a safe, shady place, and stay hydrated.

“People should also look out for vulnerable family, friends and neighbours, as older people, those with underlying conditions and those living alone may struggle to keep cool and hydrated.”