Improvements hailed, but campaigners say more must be done. 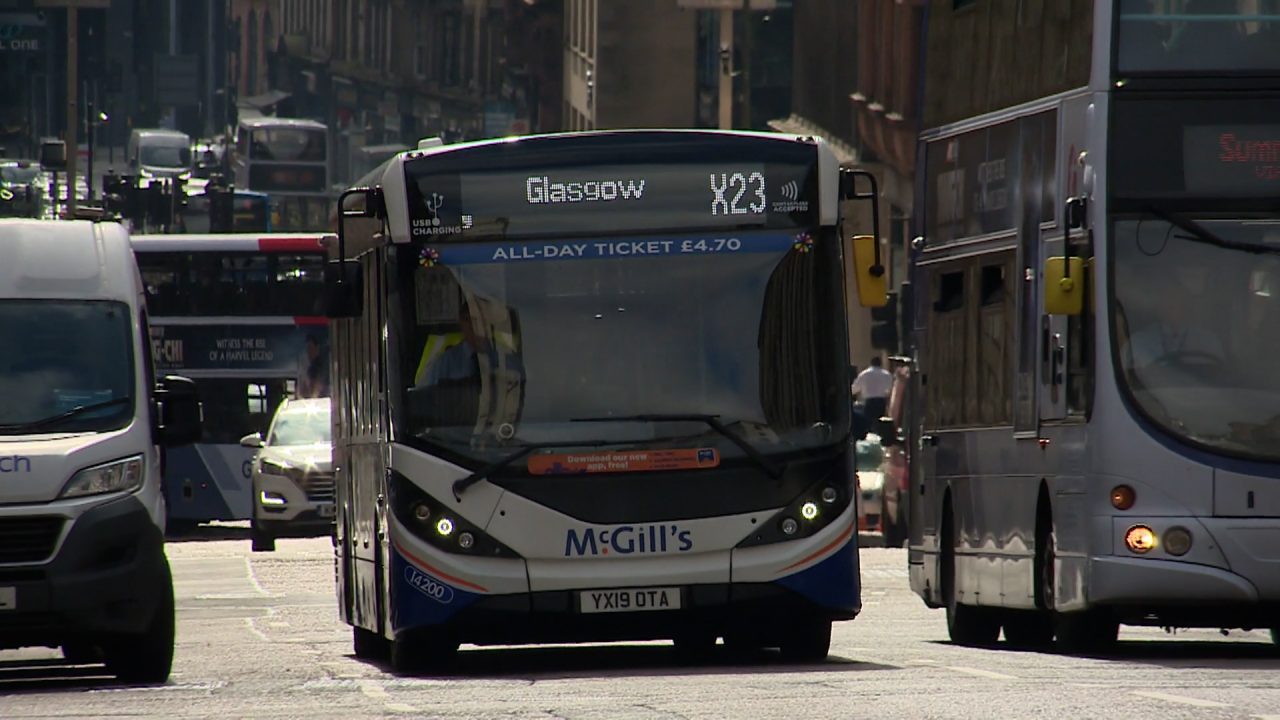 Scotland has met its annual air pollution targets, according to analysis by environmental campaigners.

Air pollution levels remained under legal limits for the first time in 2022 – not including the 2020 lockdown year – Friends of the Earth said.

The campaigners praised the introduction of Glasgow’s low emission zone (LEZ), where big improvements in air quality were recorded.

Friends of the Earth Scotland analysed official air pollution data for 2022, looking at two toxic pollutants which are primarily produced by transport.

Legal air-quality standards came into force in 2010, yet had previously been broken every single year since, except 2020 when the lockdowns resulted in a big drop in car journeys.

Glasgow’s Hope Street – which broke the legal limit for diesel pollution in 2021 – has seen one of the biggest improvements this past year, Friends of the Earth said.

Now, every bus going through the city centre has to meet the minimum emission standard, with private cars to follow in June this year.

The European Ambient Air Quality Directive set a limit for Nitrogen Dioxide (NO2) of 40 micrograms per cubic metre (µg/m3). The deadline for this limit to have been met was 2010.

Gavin Thomson, transport campaigner at Friends of the Earth Scotland, said: “It’s great that progress is being made to improve some of our most polluted streets.

“People in Glasgow can breathe a little easier as a result of the low emission zone and fewer polluting vehicles in the city centre.

“The buses along Hope Street these days are often electric, which are better for the climate and for our lungs.

“The low emission zones coming to Aberdeen, Edinburgh and Dundee will bring similar improvements and protections for public health – but for Scotland’s other cities such as Inverness and Perth, toxic air pollution persists with no clear plan for addressing it.

“When it comes to air pollution, we know what works. Councils need to invest in walking, wheeling and cycling, and take control of public transport. Every city with a pollution problem should be looking at low emission zones.”

Air pollution is believed to contribute to 2,500 deaths in Scotland each year, causing serious health conditions such as asthma, heart attacks, and strokes.

It’s especially harmful to children, the elderly, and people living in poverty or made vulnerable from other health conditions.

Joseph Carter, head of Asthma and Lung UK Scotland, said: “It is good news this year that air pollution on our streets has been kept within its legal limits, yet there is obviously more that can be done.

“We need the Scottish Government to make tackling air pollution a national priority.

“Air pollution is the biggest environmental threat to public health. At a cost of £1.1bn per year to the NHS, it is draining our resources, straining our health system and cutting short over 2,500 lives a year in Scotland.

Glasgow City Council welcomed the positive progress made in Scotland’s biggest city, but cautioned against the data.

A spokeswoman said: “The reduction in pollution levels observed in the provisional data indicates that positive progress is being made in Glasgow.

“Whilst this is welcome news, these results must be treated with caution until appropriately ratified and published in our Air Quality Annual Progress Report.

“This report will provide additional monitoring results from over 100 non-automatic monitoring locations to provide a comprehensive overview of pollution levels in the city.

“It is likely that a large part of the indicated drop in air pollution levels will be due to the improvement in emissions from the city’s bus fleet given the introduction of the first phase of Glasgow’s LEZ in 2018.

“From the start of 2022, a minimum of 80% of bus movements through the city centre were required to meet the LEZ emission standards, with many more exceeding this as bus operators have also increased the number of zero-emission vehicles in their fleets.

“Expansion of Glasgow’s LEZ to cover all vehicle types is predicted to have further positive impacts on pollution levels in our city centre and ensure that all areas within the zone area meet the air-quality objectives.”

Other councils in the list also responded to the Friends of the Earth analysis.

Scott Arthur, transport and environment convener at Edinburgh Council, said: “Improving air quality is a priority and, encouragingly, concentrations of the main pollutants are decreasing across Edinburgh.

“These improvements include NO2 levels at St John’s Road, where the hourly legal objective has been met since 2016 meaning amendments will be made to the Air Quality Management Area.

“If we can sustain this as traffic levels normalise as we come out of the pandemic, we can start to reduce some of the non-trivial health impacts associated with poor air quality in our capital.

“Of course, there’s still work to be done, and at St John’s Road we’re exploring potential improvements. More broadly, we have several ambitious projects in the pipeline to tackle air pollution, including the introduction of a Low Emission Zone.”

A Perth and Kinross Council spokesperson said: “We are committed to improving the health and wellbeing our residents by reducing pollution and it is incorrect to claim there are no plans in place to achieve this.

“Emissions from transport are a major cause of pollution and our new anti-idling strategy will come into force this year, which aims to encourage drivers to switch off their engines when stationary.

“Drivers who refuse to switch off their engines while idling could be hit with a fixed penalty of £20.”