Covid lockdown easing ‘likely to be delayed until July’

Scotland had been due to move to the lowest level zero of its five-tier system from June 28. 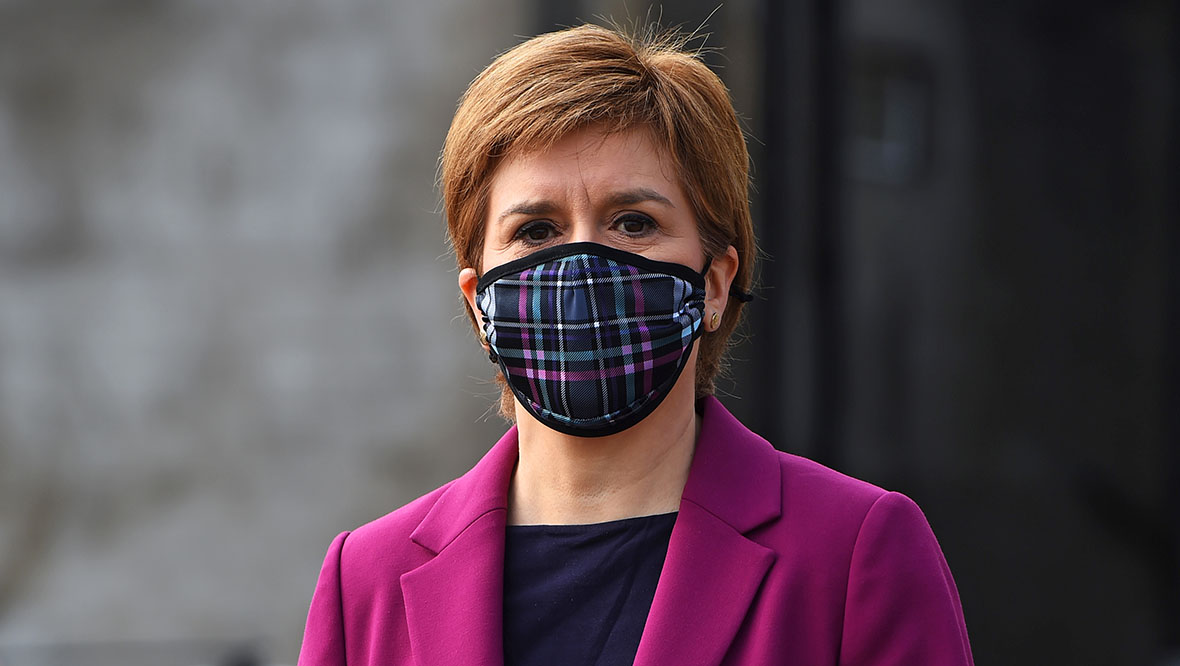 It is “unlikely” that any part of Scotland will be moved to level zero from June 28, Nicola Sturgeon has said.

Speaking at the Scottish Parliament, the First Minister indicated that restrictions will be maintained for a further three weeks from that date in order to vaccinate more people.

Sturgeon explained that cases in Scotland had risen by a fifth in the last week, and are now more than five times higher than in early May.

It comes a day after Prime Minister Boris Johnson announced a delay of four weeks to the planned lifting of lockdown across England.

“We are hopeful that vaccination is changing the game in our fight against the virus, but the emerging evidence still needs close analysis,” said Sturgeon.

“More fundamentally, we need time to get more people vaccinated with both doses. In the race between the virus and vaccines, we are increasingly confident that vaccines will win, but we mustn’t allow the virus to get too far ahead.

“The vaccination programme is going exceptionally well and it is being rolled out just as quickly as supplies allow, but there is still a significant proportion of the population that isn’t yet fully vaccinated.

“To be blunt, that remains our biggest vulnerability at this stage – and it is a significant one. So, we need to buy sufficient time for vaccination to get ahead, and that is the reason for caution at this juncture.”

Sturgeon acknowledged the difficulty of the situation, whilst indicating that a paper on how restrictions will look after level zero in the lockdown easing route map will be published on Tuesday.

She said: “I know the current situation is difficult and frustrating for everyone. We all want to see the back of all restrictions as soon as possible.

“However, while this setback is not easy, it is worth remembering that we are living under far fewer restrictions now than was the case a few weeks ago.

“The current situation is not what any of us want – but equally it is not lockdown. And vaccination is – with every day that passes – helping us change the game.”

Official figures published on Tuesday show that Scotland has recorded two coronavirus deaths and 974 new cases in the past 24 hours.

It brings the death toll under this measure, of people who first tested positive for the virus within the previous 28 days, to 7,683.

There were 137 people in hospital on Monday with recently confirmed Covid-19, up from 128 on Sunday.

Seventeen people were in intensive care, no change on the day before.

However, the Scottish Government said that Public Health Scotland experienced IT issues which had an impact on the extraction of vaccination data on June 15.

It said Tuesday’s figures may be an underestimate, and any missing data will be reported in tomorrow’s figures.