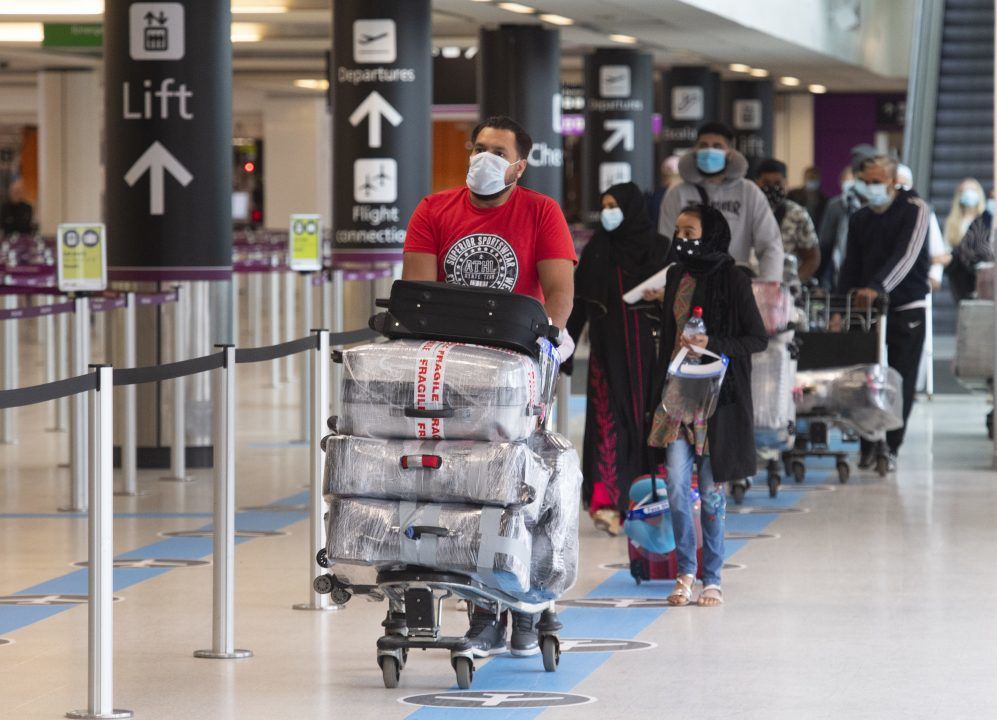 The recovery of Scotland’s aviation sector is the slowest in the UK and continues to lag behind the rest of Europe, according to a report published by Edinburgh Airport.

The report was produced in July and shared with Scottish Government ministers to “help inform the debate and decisions regarding international travel” during the coronavirus pandemic.

It comes days after the Scottish Government said it will not follow the UK Government’s decision to ease Covid testing rules.

Gordon Dewar, chief executive of Edinburgh Airport, said aviation has been one of the hardest hit sectors throughout the pandemic and “will be one of the last to fully recover”.

“Aviation brings people to Scotland, be they tourists or students, researchers or families,” he said.

“It brings business and investment to Scotland. It takes Scottish businesses and talent to the world. It is important to our economy and its recovery.

“Unfortunately, we are lagging behind our competitors due to tighter restrictions and slower relaxations and will only isolate ourselves further if we don’t have a coherent strategy in place.

“This is a chain economy – travel brings people, jobs, investment and spend to Scotland – and we must act to protect the travel sector and the many moving parts of it.

“Further divergence won’t do that, and we again urge the Scottish Government to listen to clinicians and follow a four nations approach that will help both public health and economic health.”

The Scottish Government announced last week that Scotland’s traffic light system for international travel is to be “simplified” and the number of countries from which returning travellers will be required to quarantine in a hotel is to be cut.

Green and amber classifications will merge from October 4 but the red list will be retained for those countries deemed to have high Covid-19 case rates or variants of concern.

Travellers arriving in Scotland will still be required to take a pre-departure test before returning – including from non-red list destinations – even if they are fully vaccinated.

The Scottish Government said on Friday it would not be following their UK counterparts in allowing vaccinated travellers to replace the day two PCR test with a cheaper lateral flow test from the end of October.

Transport secretary Michael Matheson was challenged about that decision in the Scottish Parliament on Wednesday.

Conservative MSP Murdo Fraser said Scottish airports faced losing out on custom from passengers opting to fly from English airports, where testing will soon be eased.

Fraser said: “The travel industry have been very vocal on this. They are concerned there will be people looking to book last minute travel for the October break who, as Scottish residents, will now look to fly from an English airport because they will avoid that requirement for PCR tests and that will be to the detriment of the Scottish travel industry and Scottish airports.

“Every day that goes by potentially costs the Scottish travel industry because people are making those bookings right now.”

Matheson responded by saying the clinical advice is that PCR testing for both pre-departure testing and day two tests should remain in place.

“It plays an important role,” he said.

The Scottish Government has recently relaxed some travel rules, allowing people travelling from non-red list countries to choose from a variety of private test providers.

Furthermore, Bangladesh, Egypt, Kenya, the Maldives, Oman, Pakistan, Sri Lanka and Turkey were removed from the red list at 4am on Wednesday.

But Edinburgh Airport’s report warns airlines have already moved some capacity to other regions and that will “mean a meaningful recovery will be pushed into 2022”.

Dr Liz Cameron, chief executive of the Scottish Chambers of Commerce, said: “This report highlights the importance of aviation to Scotland’s recovery and how the sector links into the wider economy.

“This is more than just travel and tourism – it’s also about business investment, international trade and exports, and the many thousands of jobs that are supported by Scotland’s connectivity to the world.

“A four nations approach will ensure Scotland remains competitive and well placed to recover sustainably, and we hope this report helps to inform the Scottish Government’s decision.”