Three people a day in Scotland are charged with a stalking offence. 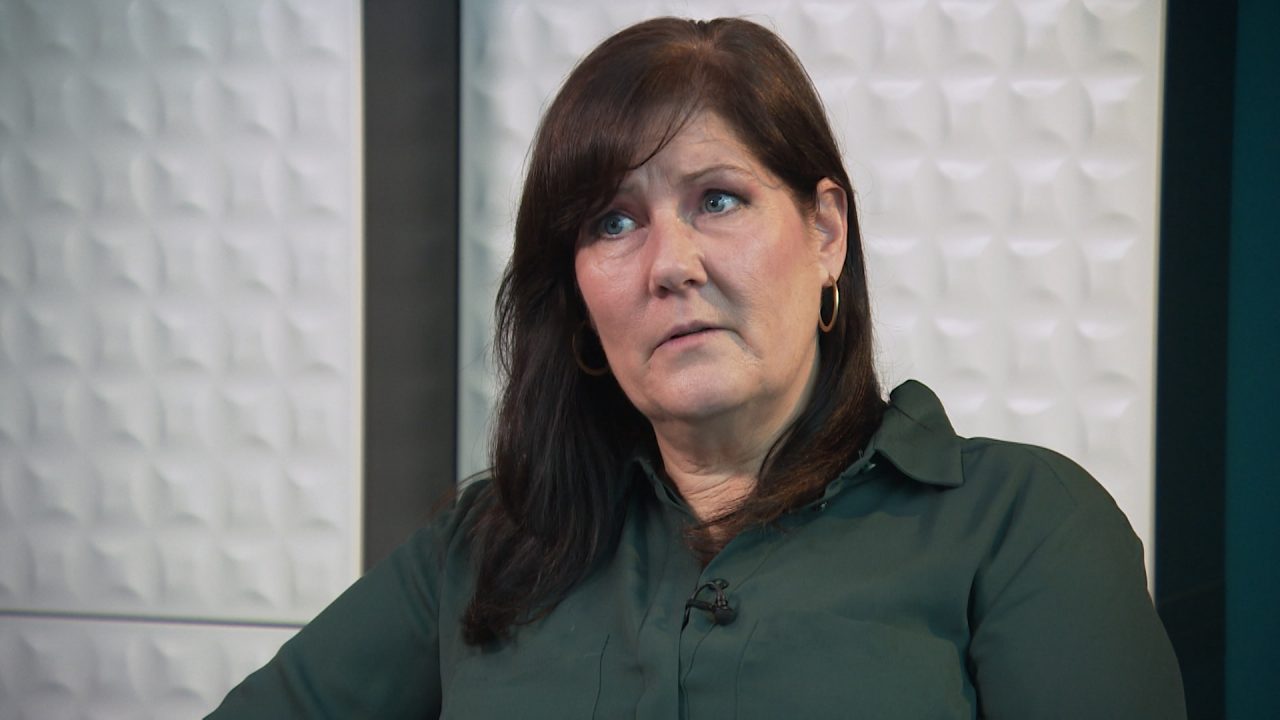 She fled from Canada to Scotland – leaving behind friends, family and her business – but that hasn’t stopped her stalker from continuing to call even now.

“To this day, I answer the phone and I’m prepared for silence or for him speaking on the other end,” she said.

On average in Scotland, three people a day were charged with a stalking offence last year.

Amanda has lived in fear, and is reassured now only by the knowledge her stalker is “too broke” to follow her across the Atlantic.

Recalling her experiences in Canada to STV’s Scotland Tonight, she said: “I would walk out my work and see up the street a profile that matched his and my heart would stop.

“I was extremely fearful for my life.”

Amanda now works for Action Against Stalking – a charity focused on helping victims understand and navigate what’s happening to them.

Her job also helped her come to terms with her own experience.

“I can leave my house in the morning and not worry if there is someone in the back seat of my car or hiding in a bush when I go for a walk,” she said.

“I’m not concerned about that because he is 6000 miles away and, thank goodness, too broke to get here – but if he was in a different financial situation, I would be that vigilant, continuously.”

Campaigners and experts warn that societal attitudes towards stalking continue to be rooted in historic images of creepy figures hiding in bushes and watching their victims from afar.

But the rise in mobile technology and social media means stalkers are taking advantage of 24-hour access to their victims.

Dr Katy Proctor, an expert in stalking behaviour at Glasgow Caledonian University, said: “You can be in a different country and still have an enormous impact on someone’s everyday behaviour and have them thinking ‘I need to risk assess what I wear to bed tonight’, or ‘I need to be careful when I shut the door to clean my teeth’.

“That sense of the unknown is the most frightening thing.

“That myth of the stranger down a dark alley is not the case for the majority – it’s someone you know, it’s happening day in day out, it’s happening any time of the day.

“That’s what makes this course of conduct so threatening because it’s constant.”

Stalking in law is defined as “engaging in a course of conduct that causes someone to experience fear or alarm”.

But there are concerns over how much legal protection is available for victims, and Dr Proctor told Scotland Tonight that stalking can be hard to prove as a criminal offence.

“If individual behaviours don’t look, on an incident-by-incident basis, like they are frightening – being sent gifts, for example – that can look innocuous.”

Victims of stalking can apply for a non-harassment order (NHO), however this can be costly and stressful.

Proposals laid down by MSP Rona Mackay would see police allowed to appeal directly to court for a stalking protection order (SPO) when they can prove there is a risk to the victim.

Breaching an SPO would be a criminal offence – such measures are already in place in England and Wales.

Two decades ago, Ann Moulds was stalked by a man she barely knew. She was the victim of a campaign of harassment and stalking that included receiving lewd photos and shocking rape fantasies.

Ann’s experience drove her to seek a change in the law, while also setting up Action Against Stalking.

“It’s an unpredictable crime – that’s one of the challenges,” she said.

“It’s dynamic, it’s of the moment and it can change at any minute. That’s why victims struggle to manage because of its unpredictable nature

“What’s important is that, when it is reported, it’s investigated properly.

“Stalkers are using the criminal justice system as their legal agent; stalling for time, cases are being cancelled, victims are having to wait, they get ready to appear at court and then it gets adjourned.

“That’s unfair and that is where the victim feels disempowered, undervalued, and they are starting to feel as if they are being victimised by the system.”

Police Scotland admitted that dealing with stalking was “quite challenging” for the force.

DCI Sam Faulds, head of public protection, said: “We need to get victim’s confidence up to report stalking and harassment in the first place.

“We work with third parties like Action Against Stalking and we are opening up online and third party reporting to allow victims to report to us and we don’t always get it right with the response and that’s what we are working on.

“Training is critical because officers don’t necessarily identify it at the outset. For example, there may be 25 text messages sent in a very short period that seem nice – but it’s not the content, it’s the volume, the time of day it’s been sent, the impact on the victim and we are developing a toolkit for officers that gives them the practical guidance.”

Moira Price, procurator fiscal for domestic abuse, said: “Attending court can be difficult and the Crown Office is working with partners to ensure a trauma-informed culture across the criminal justice system.

“Stalking damages lives in many ways and I would urge anyone who has been a victim to report it to the police and seek support.”

Scotland Tonight is on STV and the STV Player at 8.30pm.