The Met Office has issued a yellow weather warning for most of Scotland on Wednesday. 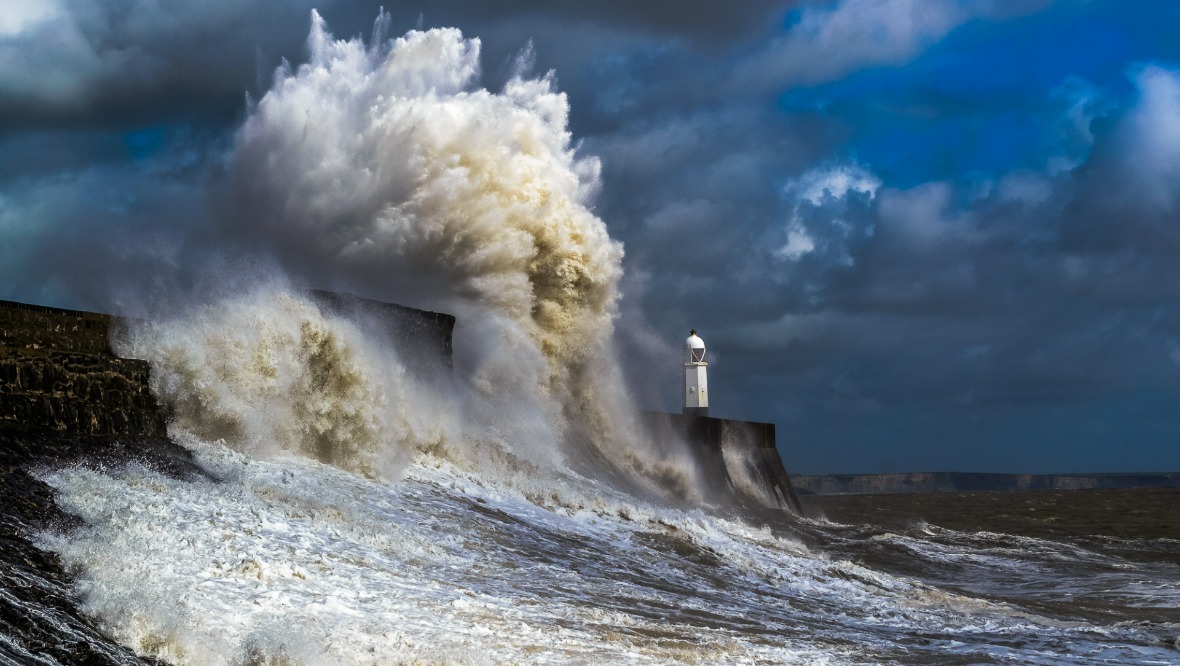 Scotland is set to be hit by high winds of up to 90mph this week as another storm looks set to batter the country.

The Met Office has issued a yellow weather warning for most of Scotland and parts of northern England on Wednesday, with the storm carrying through to Thursday evening.

A ‘danger to life’ warning has been put in place, with fallen trees and power cuts predicted as the storm takes hold.

STV meteorologist Sean Batty has predicted Scotland could be hit by the next named storm of the season, just weeks after Storm Corrie battered the north-east and disrupted power lines.

Storm Dudley may even pave way for Storm Eunice in the south of the UK later in the week.

Sean Batty said: “After a quiet start to winter the activity has definitely been ramping up in recent weeks, with storm systems barrelling in from the Atlantic. This has been largely driven by a firing up of the jet stream which carries storm systems across the Atlantic.

“The jet stream is about 30,000ft above us, so it’s not something you notice on the ground. For those flying from the US back to Europe a strong jet is a good thing as it means you get home a bit quicker with the plane being pushed along by the strong winds.

“The jet stream will be revving up to speeds of around 200mph above Canada by Tuesday and this in turn will explosively deepen weather systems crossing the Atlantic to turn them into storms.

“This week it looks likely we’ll see our next named storm of the season, Dudley, and possibly even Eunice at the end of the week in the south of the UK.

“Our main event will be Wednesday into Thursday with some computer models showing winds gusting up to 90mph, similar levels to Storm Corrie.

“Now, as is always the case, at this stage there are lots of different scenarios coming from our models, with some showing the worst over the north of Scotland and some a lot further south. I expect we’ll have a much better idea later on Monday for the track.

“This storm will also coincide with higher tides as we head for a full moon on Wednesday. That means that waves during high tides could bring coastal flooding to some areas, especially west facing coasts, although the Moray coast will need to be watched as winds swing more northerly on Thursday afternoon.

“Having travelled up and down the A9 last week I was shocked at the number of trees which have come down in our recent storms. With winds similar again this time to Corrie, this could again be the case, although you’d expect that most of the weaker or most exposed trees and structures will already have been damaged. Nonetheless further damage and power loss is possible.

“And this storm will not just be about the winds. We can expect blizzards to occur over higher ground along with drifting snow into Thursday morning, which means high level routes are likely to be affected with snow gate closures likely.

“While February has seen a very disturbed spell of weather, this has no signs of letting up at the moment with another storm (perhaps Eunice) affecting England and Wales later in the week.

“Some of you will have just been tidying up after our recent storms, or repairing the shed or fence, but just be prepared for the risk of more damage this week.

“Of course I will keep you updated over the next couple of days as we pin down on wind speeds, possible damage and track of this week’s possible storm.”