Scotland basks in 27C temperatures in end of summer heatwave

This season is having a one 'last hurrah' with peak temperatures in the west. 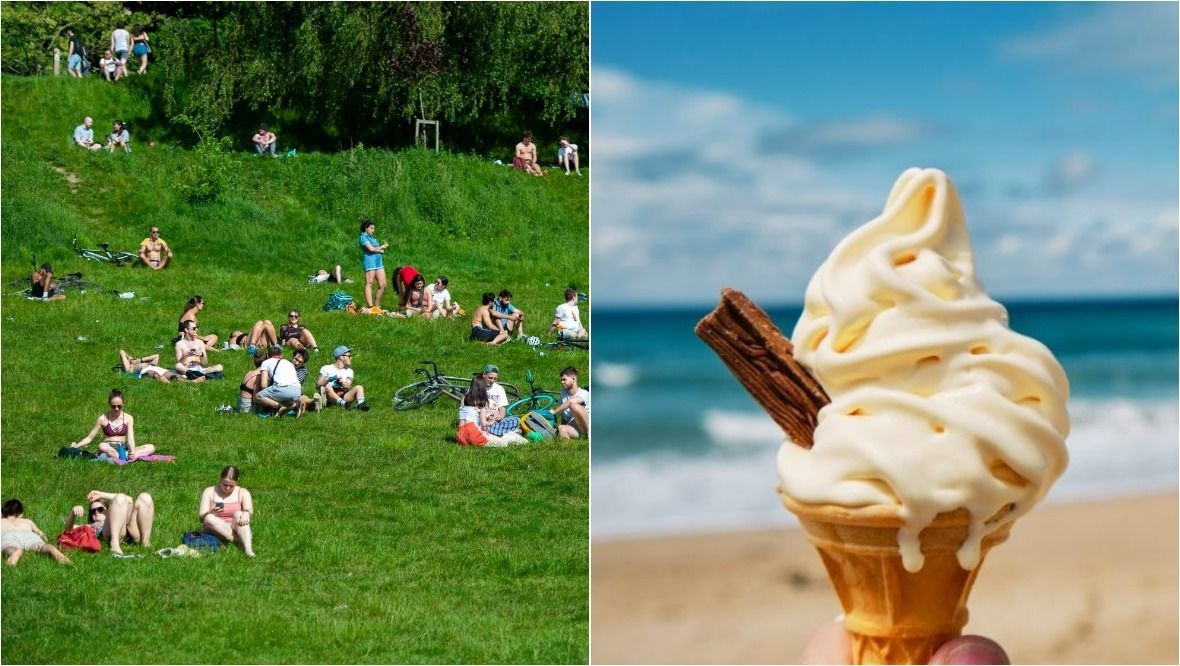 Temperatures have reached as high as 27C in parts of Scotland on Wednesday as summer is drawing to a close.

This season has proved one of the warmest and driest on record and now it is having one “last hurrah” with peak temperatures in the west.

However, the north and east coast have a slight onshore breeze form the North Sea which means temperatures there are not as warm.

STV Meteorologist Sean Batty said: “I expect lots of you will have a lovely big smile on your face during the next couple of days because we are looking at fine, sunny and warm weather for many of us – especially in the west.

“Wednesday’s temperatures are rather unusual for the end of August with 26 – 28C expected in few areas.”

“The warmest air will drift away to the west through the weekend but don’t worry the high pressure stays in charge, the weather remains quiet and will still be sunny.

“Despite the temperatures coming down a bit later in the week, we’re still talking about 22 or 23C.”

“However the quieter weather is here to stay for a while and may last through the first week of September.”

Scotland’s highest temperature of the year so far is 29.6C, which was recorded in Dumfries and Galloway at the end of July, which Sean reckons will be the country’s record for 2021.

He added: “While this summer will leave most us with memories of barbecues, paddling pools and long evenings in the garden around the solstice, it’s looks like being the first year since 2017 where we’ve not hit 30C in Scotland.”