A yellow weather warning is in place for most of Scotland after days of warm weather. 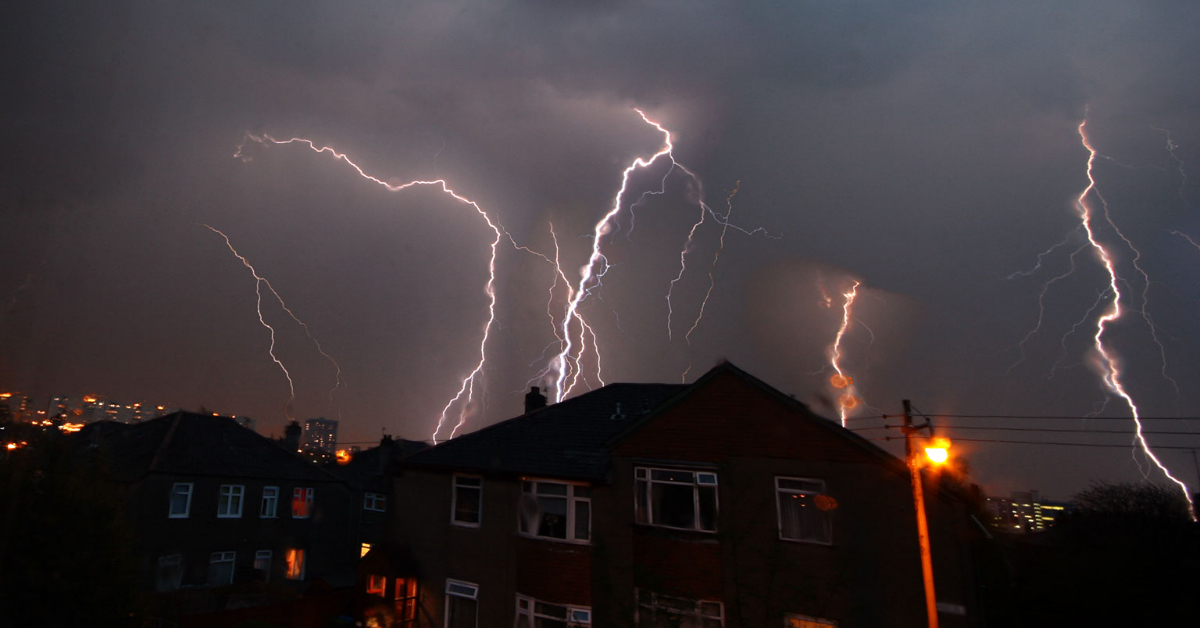 After days of scorching weather and sunshine, Scots are facing thunderstorms and torrential rain.

The Met Office has issued a yellow weather warning for thunderstorms covering the majority of mainland Scotland on Monday which is in place until midnight.

Reports of thunderstorms began in the east of Scotland on Sunday afternoon when torrential rain and lightning hit areas in the Borders and the Lothians.

On Sunday, a Tesco supermarket in Inverness was forced to evacuate after a section of the roof caved in due to heavy rain.

The forecasters warned that stormy weather could bring disruption in some places, alongside flooding, and some cancellation to trains and buses, while up to 50mm of rain and hail could also fall.

The adverse weataher comes as temperatures in parts of Scotland almost hit 30C on Thursday and Friday.

Forecasters from the Met Office said: “The thunderstorms may begin to ease across western and northern areas later. 20-30 mm of rain could fall within an hour in a few places, and up to around 50 mm in three to six hours. Hail and frequent lightning are also possible hazards.”