Scotland set for return to ‘levels’ system as lockdown eases 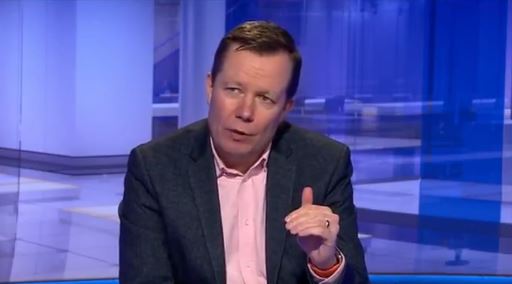 Scotland is likely to return to a ‘levels’ system when it gradually moves out from the current coronavirus lockdown, according to national clinical director Jason Leitch.

Speaking to Scotland Tonight, Leitch also said the Scottish Government would make a final decision early next week on some children returning to the classroom.

But he said he was “very hopeful” schools would begin to reopen on February 22.

Current restrictions, including the ‘stay-at-home’ requirement, are set to remain in place until at least the end of the month.

Nurseries and primaries one to three are scheduled to return full-time a week on Monday, provided the government is satisfied that sufficient progress has been achieved in tackling the spread of the virus.

Leitch said: “The cabinet will make a final decision based on our advice on the 15th/16th (of February) prior to that decision on the 22nd, but we are very hopeful that the 22nd will stick because numbers (of new positive cases) continue to fall very, very slowly but they are coming down gradually.”

Leitch was speaking after Scotland registered its highest daily increase in coronavirus vaccinations by “some distance”.

During her daily briefing on Tuesday, First Minister Nicola Sturgeon said a further 61,299 people have been vaccinated against Covid-19 in Scotland in the past 24 hours – the largest number in a single day since the programme began.

A total of 928,122 people in Scotland have received their first dose of vaccine.

Leitch said the next steps include a three-week review for schools, followed by a gradual reopening of “some of the real essential society things that we need to get going”.

He said: “The next step will be, I think, a three-week review for schools. Mr Swinney (Deputy First Minister John Swinney) and the First Minister have made very clear that children are our priority, so we’ve said we need three weeks to be sure that that first group haven’t moved the R number too high because of the new variant, so we’ve got new variables in here that we didn’t have in November/December.

“And then I think you’ll see if things are going well – and people are following the guidance, the numbers fall – you’ll then start to see the same things as we opened up early on from the last lockdown: family interaction, maybe outdoors; places of worship, maybe.

“We’ll go back to some form of levels I would have thought. We haven’t decided that for sure but that allows us to do a couple of things. Once you get prevalence down you start to get differences in prevalence in different areas, so it allows you to respond to that, so the Western Isles versus central Edinburgh.”

Sturgeon announced on Tuesday that Scotland had recorded another 58 deaths of coronavirus patients in the previous 24 hours.

The death toll under this measure – of people who first tested positive for the virus within the previous 28 days – is now 6501.

A further 822 positive cases were also reported by the Scottish Government, which is 7.2% of those newly-tested – up from 6.6% on Monday when 928 new cases were recorded.

Leitch said reducing the prevalence of Covid-19 is crucial to the easing of lockdown measures.

He said: “If prevalence comes down you get much, much more choice about what you do. With prevalence still over 100 cases per 100,000 it’s still way too high to unfortunately think about going for a haircut

“But the other thing it would allow us to do is look across the whole country because now we’ve seen how quickly the numbers go up.

“If you remember, Dumfries and Galloway almost no cases, then suddenly the record number of cases for the country, so things like schools – perhaps places of worship – we will try and do nationally if we possibly can and then we will do regional variation – even local authority level variation – if we think that’s the right advice to give and the cabinet choose that direction.”