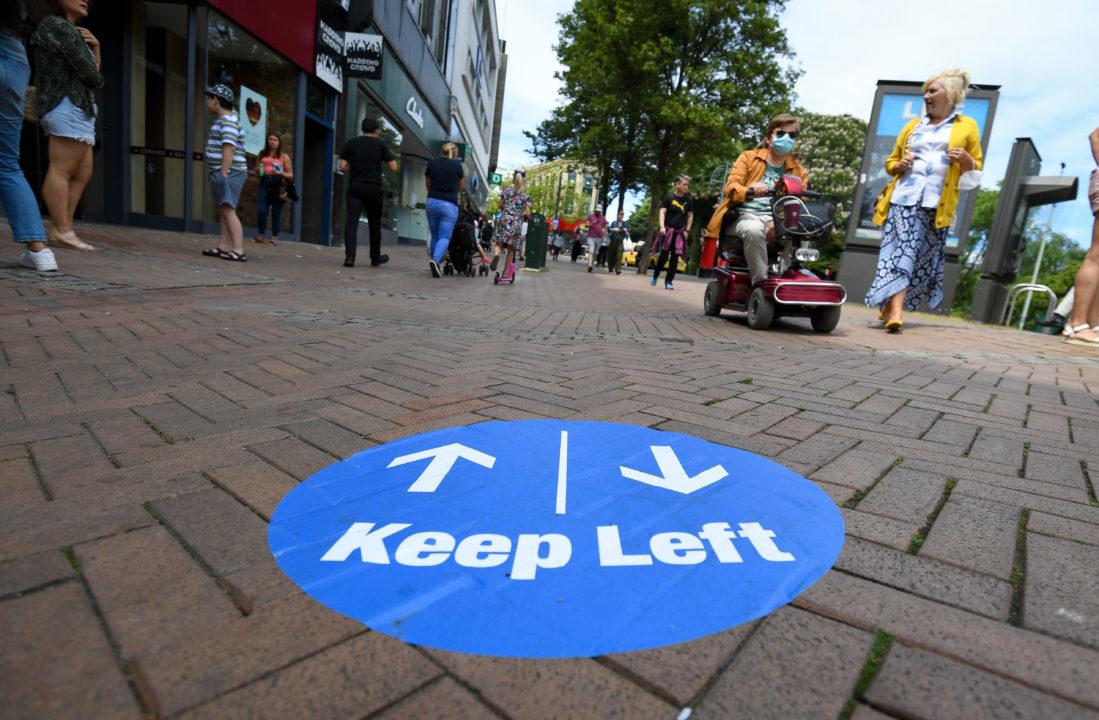 Scotland is planning to start significantly loosening the coronavirus restrictions in April “if all goes according to plan”.

Non-essential shops, bars, restaurants, gyms and hairdressers could reopen in parts of the country from the last week of that month.

And the ‘stay at home’ law could be lifted on April 5, under a new ‘roadmap’ out of coronavirus restrictions.

Meanwhile, primary four-seven pupils are set for a return to school on March 15, the same date four adults from two households will be allowed to meet outdoors.

Nicola Sturgeon told parliament on Tuesday that the localised ‘levels’ system would return from the last week of April.

That means varying rules in different parts of the country depending on the number of local cases.

Restrictions would then be “progressively eased” at three-week intervals.

Studies show vaccines are having a significant impact on Covid-19, raising hopes of a return to normality in the coming months.

Prime Minister Boris Johnson revealed a plan on Monday to lift all restrictions in England by June 21.

However, Sturgeon had said Scotland would show more “caution” as various sectors begin to open up.

More detail on the plans to lift lockdown will be outlined in mid-March.

The First Minister told MSPs the five-level system, separated by council areas, will return and she hopes those in Level Four will be able to drop down to Level Three, which would see sectors such as non-essential retail reopen.

She said: “It is therefore from the last week of April that we would expect to see phased but significant reopening of the economy, including non-essential retail, hospitality and services like gyms and hairdressers.

“And, of course, the more of us who are vaccinated and the more we all stick by the rules now, the faster that safe pace is likely to be – if we all stay in this together, our progress will be greater.”

Mainland Scotland and some islands have been under effectively a full lockdown – including a stay at home law – since January 5.

Orkney, Shetland and islands in the Highland and Argyll and Bute local authority areas – with the exception of Skye – are under slightly less restrictive rules.

The youngest children in Scotland returned to the classroom on Monday as schools began to reopen.

Children between the ages of four and eight in primaries one to three were back in class, along with some senior secondary pupils who need to do practical work for qualifications.

All children under school age in early learning and childcare were also returning.

Senior secondary pupils are required to stick to two-metre social distancing within schools and on school buses, while Covid-19 testing will be made available to them and teachers.

A further 56 virus-related deaths were registered in the past 24 hours – meaning more than 7000 have now died within 28 days of a positive test.

More than 1.4m people have now received a first dose of the vaccine, which a major study said on Monday was “substantially” reducing serious illness from the virus.

The First Minister said she was “optimistic” about restoring “more normality” to people’s lives in the coming months.

Sturgeon said Scots would have to accept some trade-offs in the near future to see a longer-term unlocking in the country.

She said: “It is important to stress, of course, that all of this depends on us continuing to suppress the virus now – and continuing to accept some trade-offs for a period, for example on international travel.

“However, if we do so, I am optimistic that we can make good progress in returning more normality to our lives and the economy.

“I know this is still a cautious approach which though absolutely essential to control the virus and protect health, is extremely difficult for many businesses.”

Holyrood leader Ruth Davidson said: “We didn’t get information about when measures like social distancing will end and when we will be able to do something as basic as give a loved one a hug.

“Everyone understands that we might not be able to give people absolute certainty – but they were at least expecting the First Minister to give them some kind of hope.

“Nothing has been published about what happens after April 26. This isn’t a routemap out of Covid, it is holding document.

“People didn’t tune in today expecting to be told to tune in again in three weeks’ time. They have a right to be disappointed that Nicola Sturgeon is not giving them a plan to get back to normality.”

Parents group UsForThem Scotland said secondary pupils had been left on the “scrapheap” as most won’t return before April.

Organiser Jo Bisset said: “Despite all the warnings and the evidence about harm being caused to young people through schools being closed, still the First Minister won’t listen.

“Her government is very deliberately choosing a course of action that will wreck their education and obliterate the formative years of their lives.

“Parents have been patient to this point, but those with children above primary school will be utterly furious at this.”

The Federation of Small Businesses welcomed “indicative” dates but called for more detail about reopening the economy.

Scotland policy chair Andrew McRae said: “This roadmap is an important moment in the country’s battle against Coronavirus, and as such, a critical one to get right.

“In an ideal world, we’d have had a firmer timetable, but we at least have some indicative, earliest dates being set out.

“But the gaps between these dates – at three weeks – are lengthy.  We now need the detail about what economic activity can resume under the different levels, so that businesses can begin to plan.”