Scotland women are out of the World Cup following the defeat at Hampden. 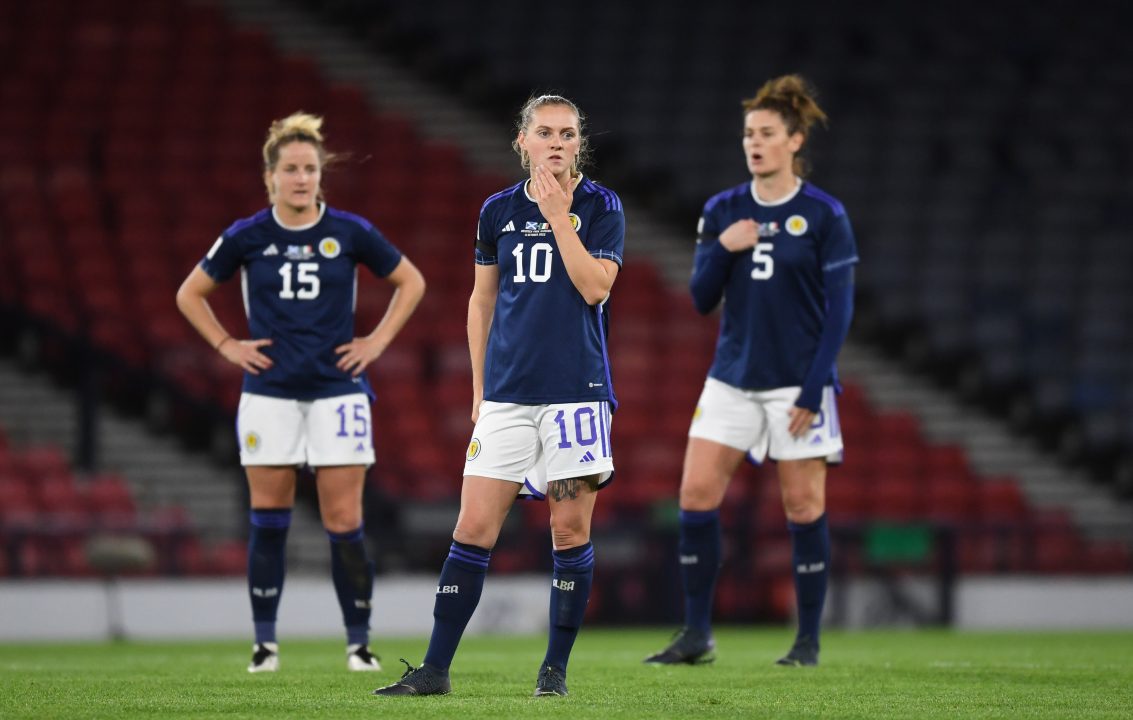 Scotland’s Women’s World Cup dream has ended with a 1-0 playoff final defeat to the Republic of Ireland at Hampden.

Ireland’s Amber Barret scored the only goal of the game in a disappointing night for the Scots in Glasgow.

That meant Gibson retaining her place in goals behind a back-four of Docherty, Corsie, Howard and Evans with a midfield three of Erin Cuthbert, Caroline Weir and Sam Kerr.

Martha Thomas was the focal point of a front three with Claire Emslie and Brown either side.

The first two chances of the game fell to the visitors, but McCabe’s shot was blocked by Corsie before Payne’s shot from distance was well saved by Gibson in the Scotland goal.

Scotland then had a chance to open the scoring when a penalty was awarded but Caroline Weir’s effort was saved by Ireland goalkeeper Brosnan.

Weir then came close again shortly after, but the Real Madrid star’s effort sailed over the bar.

The first 45 ended 0-0 and Weir was again involved in the action after the restart, but her off-balance shot was just wide of the Irish post.

Emslie was then involved and had a good effort that was again well saved by Brosnan.

And the visitors took the lead when Barret slotted past Gibson to put the Irish in the driving seat.

Scotland were unable to get back into the game and will now face watching another major tournament from home after also missing last year’s European Championships.