Scotland ‘on track’ to hit 65,000 coronavirus tests per day 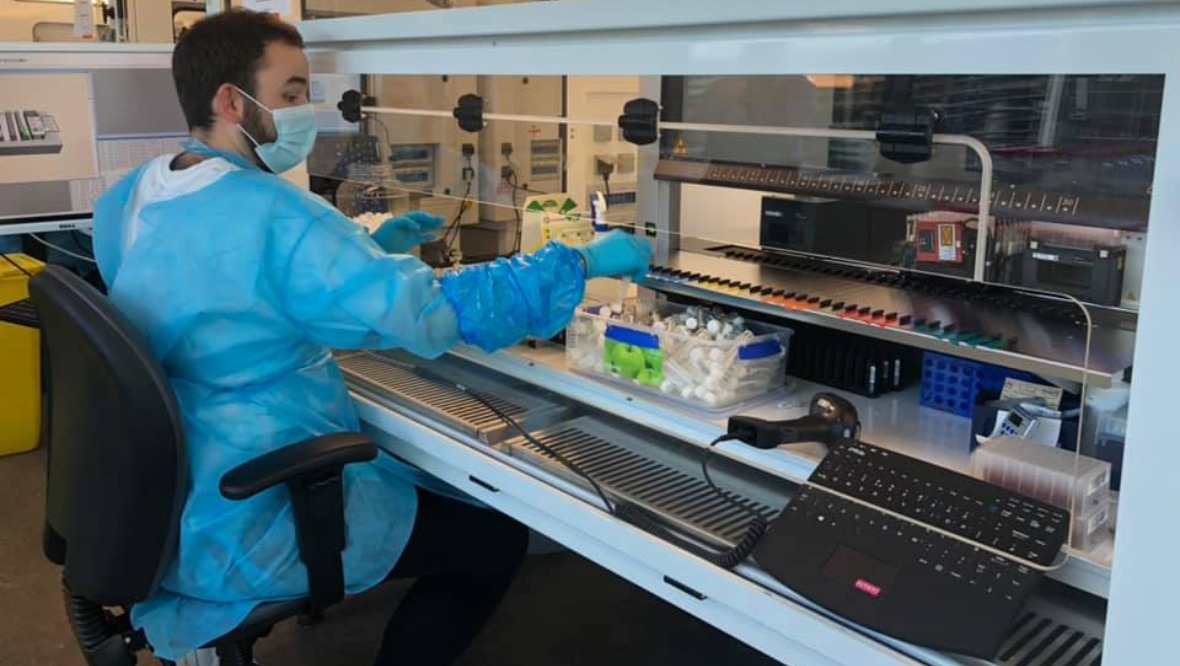 A review of Scotland’s testing strategy says the country is “on track” to hit 65,000 tests per day.

Three new regional hubs are to open in Glasgow, Edinburgh and Aberdeen, increasing capacity by 22,000 tests a day for NHS Scotland.

The hubs will be located at Gartnavel Hospital in Glasgow, Lauriston Place in Edinburgh and Foresterhill in Aberdeen – all sites previously occupied by the Scottish National Blood Transfusion Service.

Chief nursing officer professor Fiona McQueen said: “NHS Scotland’s Test and Protect system is performing well, even with rising cases and the country is on track to expand overall testing capacity to 65,000 tests per day by winter.

“However, while the full extent of the pandemic in Scotland over the winter months is currently unknown, it is crucial that there is a greater focus on reducing test turnaround times so that we can further reduce transmission by enabling timely contact tracing and isolation of close contacts. Initiatives such as the additional NHS Scotland regional labs will go some way towards this.”

The NHS hubs are in addition to an increase in UK Government-run testing being carried out at the Lighthouse lab, part of a network of diagnostic testing facilities at Lighthouse sites around the UK.

The Glasgow facility is hosted by the University of Glasgow at the Queen Elizabeth University Hospital campus, and it currently processes around 50,000 tests a day from across the UK though primarily from Scotland.

The director of the Lighthouse laboratory says there are no issues with coronavirus testing capacity and insists staff are ready to deal with any winter challenges.

Scottish ministers had blamed Sunday’s late coronavirus cases report on capacity issues at the UK Government’s Lighthouse lab, but the UK Government denied there were any testing capacity problems and described the allegations as “categorically untrue”.

Carol Clugston, director of the laboratory where around 500 people work, said: “We don’t have problems with capacity, what we do is we report what our capacity is week to week so currently our capacity is about 50,000 tests per day.

“Across the UK network there are logistic teams that actually make sure the tests that we get sent to us are in line with our capacity so that we don’t get more than we can process or that we don’t get less, that we have unused capacity.

“Generally that works very well. It is a very complex system, we’re not involved in that but generally it works well.”

The Lighthouse laboratory has processed three million tests since it came online in April, when it was processing just around 40 tests a day.

There are plans to increase capacity to 85,000 tests a day in the coming weeks and the laboratory is recruiting staff to enable it to do so.