There were 15 flood alerts in place, with much of the country experiencing heavy rain. 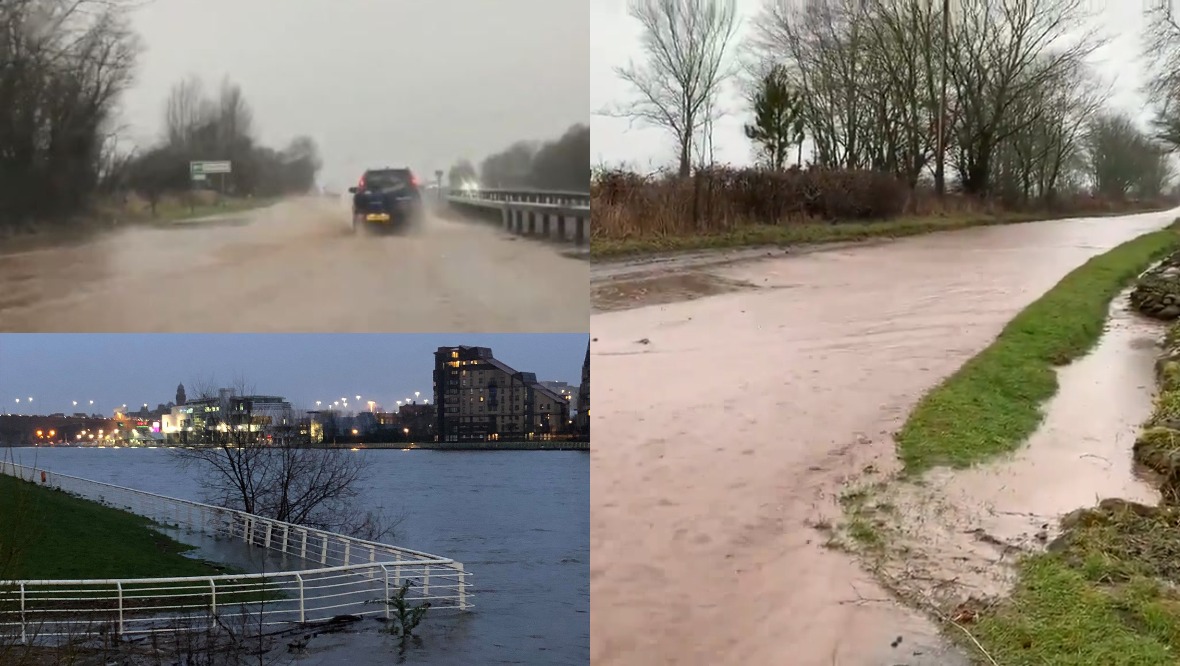 Scotland has been battered by flooding after the arrival of Storm Dennis.

An amber warning for rain kicked in from midday for southern Scotland, with disruption and fast flowing floodwater hitting parts of the country, including areas such as Dumfries, Lockerbie and Jedburgh.

A yellow warning for wind and rain is in place for west and central parts of the country, with CalMac taking the decision to cancel a number of services because of severe gales.

ScotRail has made the decision to suspend train services, such as routes between Perth and Inverness and between Kilwinning, Largs and Ardrossan Harbour, because of the severe weather.

A total of 15 flood alerts have been issued by Scottish Environment Protection Agency, covering west and central areas, as well as Edinburgh and Lothians, Fife, the Scottish Borders, Tayside, Dundee and Angus, Aberdeen and Skye.

There is substantial flooding on the A9 between Perth and Stirling, making driving conditions difficult for those travelling on the road.

The River Clyde could be seen filling up in Glasgow as rain poured down in the city.

High water levels have been an issue in other parts of the country, with the River Nith in Dumfries posing problems for police. Officers in Whitesands warned people who had parked their vehicles next to the water to move them immediately.

Meanwhile, the A82 through Glencoe has been affected by debris falling on to the road and Traffic Scotland have urged those passing through to be careful.

The Skye Bridge has been closed to high sided vehicles because of high winds, while works on the Erskine Bridge have been postponed.

Edinburgh Castle has been closed again for Saturday because of adverse weather.

An update from organisers said: “Sorry but due to the high winds Edinburgh Castle will be closed today (Saturday, February 15).

“We will continue to monitor the weather throughout the day and if it calms down we will open again but we will let you know.”