Nicola Sturgeon said there are 161 new cases of coronavirus in Scotland, 1.9% of newly-tested people. 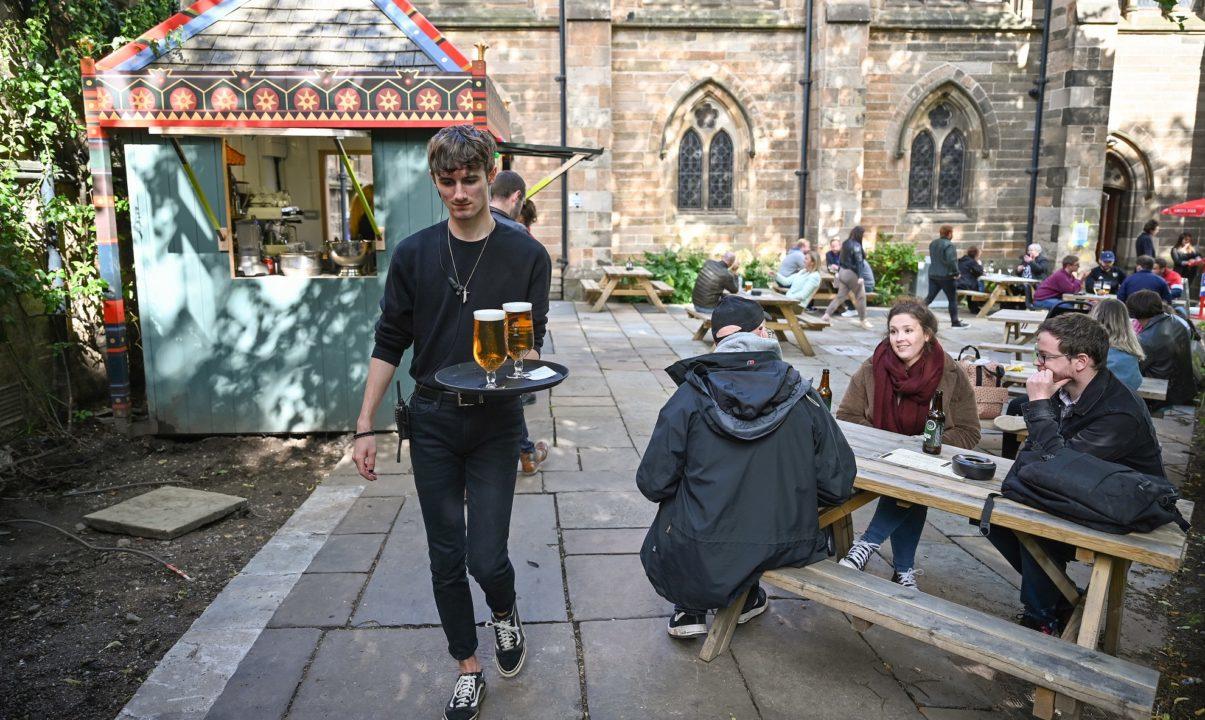 Social gatherings in Scotland whether indoors or outdoors will be limited to six people in a tightening of coronavirus restrictions.

No more than six people can meet from a maximum of two households, with the rule applying both in people’s homes and also public places, including cafes, bars or restaurants.

However, children under 12 from either of the two households do not count towards the total of six, while some exceptions will be made for events like weddings, civil partnerships and funerals.

Nicola Sturgeon provided the update as she said Scotland will remain in phase three of its route map out of the coronavirus lockdown “for some time yet” amid rising case.

Giving the three-weekly review of lockdown measures to MSPs on Thursday, the First Minister said 161 further Covid infections have been identified overnight.

The First Minister revealed the R number in Scotland – the average number of people each Covid-infected person infects in turn – could be as high as 1.5.

The new limits on social gatherings will come into force on Monday – but Sturgeon asked the public to begin abiding by them now.

The FM said: “We have concluded that it is necessary to tighten some existing restrictions, to help curb the spread of the virus especially between and within households.

“As of now, up to eight people from three households can meet indoors. Larger outdoor gatherings are also permitted.

“I can confirm that we intend to change this, so that a maximum of six people from two households will now be permitted to meet together.”

She added: “To help reduce transmission – but also simplify the rules as much as possible – this new limit will apply both indoors, in houses, in pubs and restaurants, and also outdoors including in private gardens.”

The First Minister said there would be some “limited exceptions” to the rule for things like organised sports and places of worship.

She added: “Lastly, given the importance of these life events and the distress caused by not being able to mark them, we intend to allow a limited exception for funerals, weddings and civil partnerships.

“Already, up to 20 people can attend ceremonies for these occasions. We intend to retain that limit for now.”

In addition, from Monday, up to 20 people will be allowed to attend wakes and receptions “as long as they take place in regulated venues like hotels with strict guidance in place”.

This means people living in these areas cannot host or visit friends or relatives from other households in their homes.

The region has seen hundreds of new cases over the last fortnight, leading to the recent restrictions.

Of Thursday’s 161 new cases, 65 are in the Greater Glasgow and Clyde health board area, with 46 in Lanarkshire.

But no deaths of coronavirus patients have been reported in the last 24 hours.

There are 266 people with Covid-19 in hospital in Scotland at the moment, eight fewer than Wednesday.

Of those, seven patients are being treated in intensive care, an increase of one.

Only 16 days when ferry timetables operated as scheduled, stats reveal